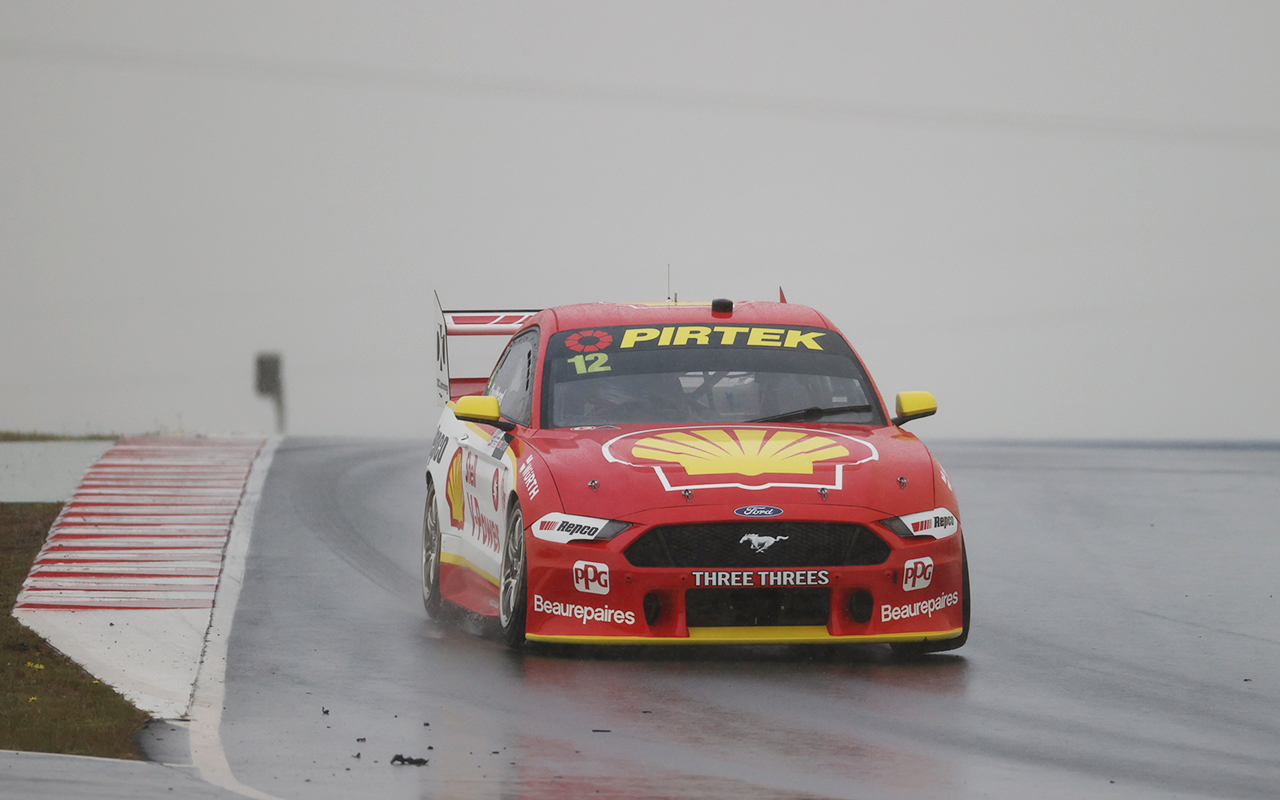 Fabian Coulthard set the fastest time in Practice 2 at the Repco The Bend SuperSprint, as a heavy downpour at the halfway mark prevented any late improvements.

Coulthard’s 1:48.3432s was set on slicks in largely dry conditions at the 14-minute mark of the half-hour session, which proved 0.2303s clear of Nick Percat.

Earlier pacesetters Chaz Mostert and Jamie Whincup were third and fourth when the heavens opened, locking in their positions for the duration.

Drivers headed back out on wet tyres in the final 10 minutes, where even the best times were 20 seconds slower than their dry-weather equivalents.

Championship leader Scott McLaughlin was just 18th on the final timesheet, having had a high-speed spin on his hot lap during the early dry running.

“I just got over-eager with the throttle, clipped the grass on the last part of the right and spun off," he said.

“But the car feels really good in the dry and in the wet it was pretty good too.”

Practice 1 pacesetter Shane van Gisbergen was last in the order, having spent much of the dry part of the session in the pits undergoing setup changes.

More rain is forecast for later in the day, with ARMOR ALL Qualifying and an opening 24-lap race to come.

“It’s pretty sketchy out there when it’s really wet, it’s like driving around on an ice-rink,” explained Coulthard.

“It’s going to depend how much it rains and when it rains, but it’s good to have a balance in both conditions.”

This weekend marks Coulthard's 200th Supercars Championship round start, having debuted with Tasman Motorsport at Oran Park in 2004.