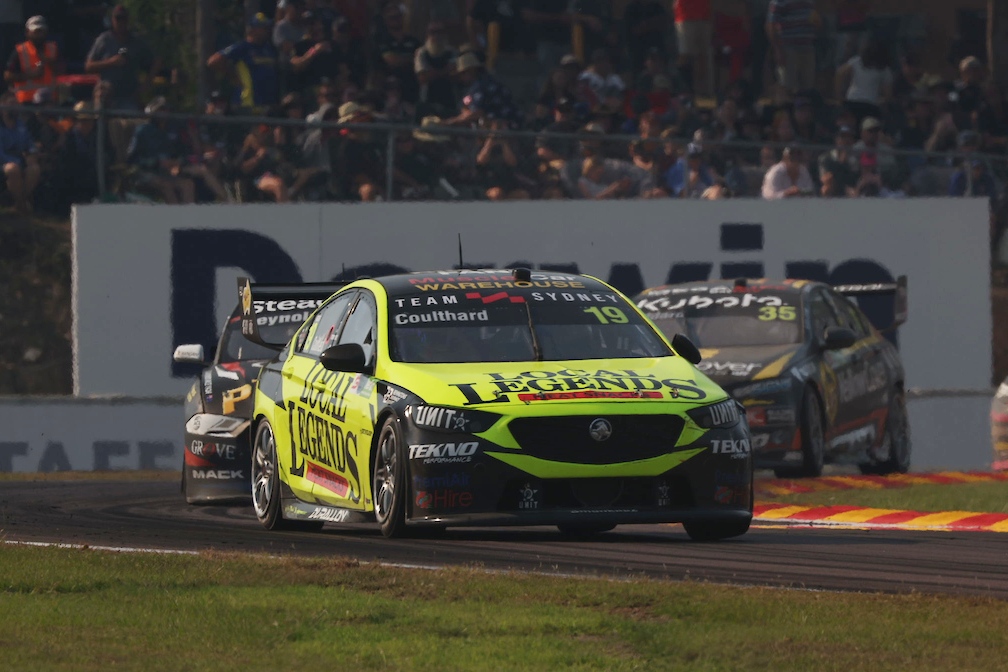 Fabian Coulthard has praised his Team Sydney crew for the turnaround on his damaged car after he equalled his best result of the season on Sunday.

The Team Sydney recruit was caught up in the first lap, first corner accident which wiped out pole-sitter Anton De Pasquale.

Coulthard’s #19 Local Legends Commodore ZB sustained heavy front and rear damage, with the 13-time race winner out on the spot.

Overnight repairs saw all damaged cars return to the track, with Coulthard qualifying 22nd and 17th for the two races.

“It’s been a tough weekend for the Local Legends car,” he said.

“Obviously we were involved in that damage yesterday which was unfortunate; wrong place, wrong time.

“It’s all progressing in the right direction, but I’d definitely like to be a lot higher.”

Coulthard is yet to crack the top 10 in a race this season, and is 21st in the standings.

While itching to return to the front, Coulthard paid tribute to his mechanics for getting his car out for Sunday’s action in the first place.

“I’m very thankful for my crew, they got my car back up and running today,” he said.

“Little bit more damage, that’s what happens when you’re in the pack.

“We need to get out of the pack and race close at the front.”

The season will resume at next month’s NTI Townsville 500. Tickets are on sale now.

Whincup 'couldn't be happier' with return to form