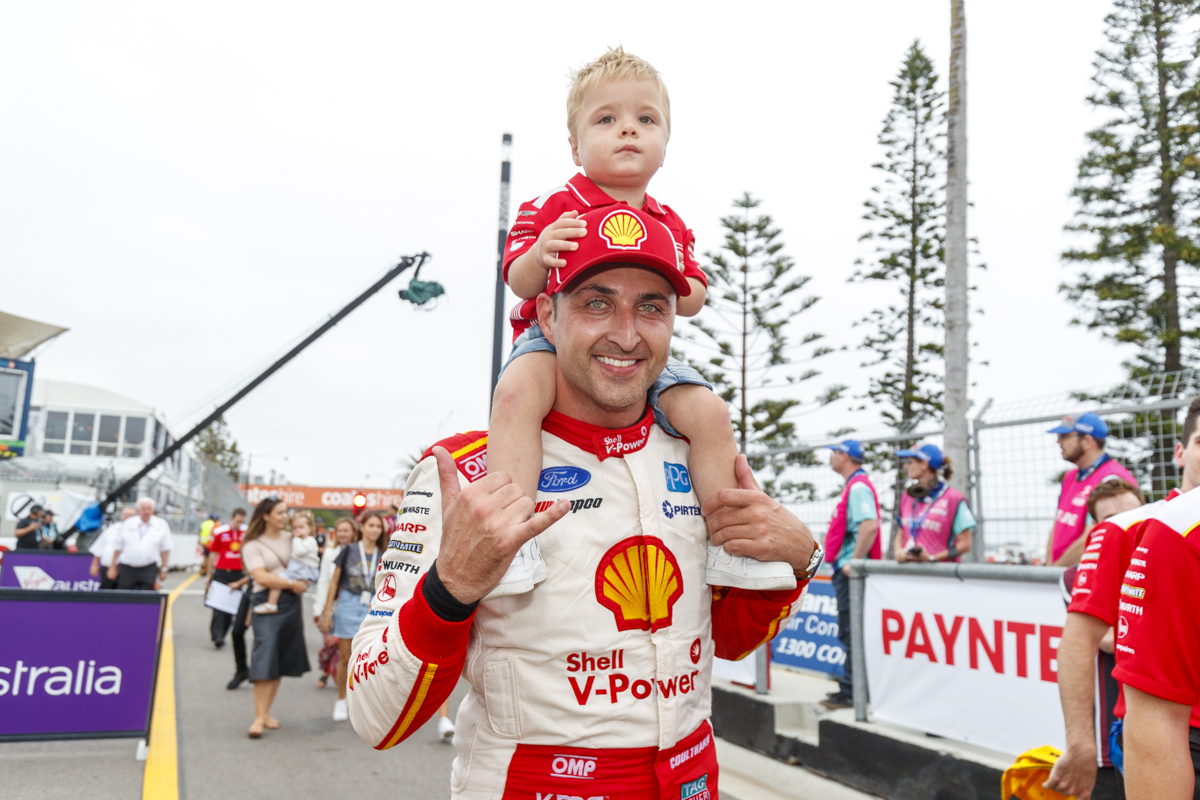 Fabian Coulthard can head into the summer break ‘a little bit happier’ after a drought-breaking podium at the Coates Hire Newcastle 500 finale.

Having scored podiums in nine of the season’s first 18 races, Coulthard had been without silverware since Townsville in early July.

The 37-year-old came close at Sandown earlier this month with fourth and went a step further on Saturday, taking third behind Shane van Gisbergen and Scott McLaughlin as part of a Shell V-Power Racing two-three.

Coulthard’s return to form has come at an ideal time as his Ford squad knuckles down to try to hold off the Red Bull Holden Racing Team in the teams’ championship.

They managed to extend their buffer to 143 points, helped by Jamie Whincup’s late-race mistake, but this was an important result for Coulthard individually, too. 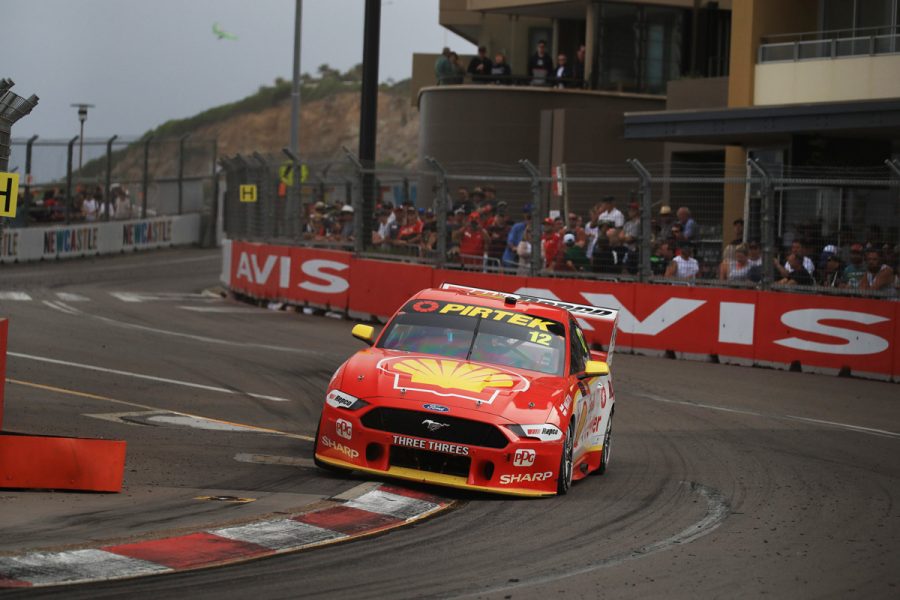 “It’s nice to get back on the podium, obviously we have a long break after this one so even if we have a good run today like we did, you can go away over Christmas and be a little bit happier,” he said.

“I think if you leave here and you’ve had a shocker, you’ve got a couple of months to think about it.”

When asked how he had handled a lean run of results, which included the controversial Bathurst go-slow, Coulthard said: “It’s not like since Townsville I’ve gone, ‘I’m not bothered about a podium’.

“I’ve been working just as hard at every event to do the best job you can and we’ve had a couple of fourths and things like that where we’ve just been off the podium.

“So we just keep coming back, keep pushing, keep trying and I think we’re starting to get a good direction.”

“I was a bit confused there at one point but the boys did a good job, thinking on their feet and that’s what this sport is about; you have got to have the team behind you and today we had a great team.

“Any time you can have two cars on the podium, it’s a credit to everyone.”

Coulthard is now all but assured of fourth in the drivers’ championship, which will be the second best season-ending ranking of his career.