Fabian Coulthard topped the times in the final practice session ahead of ARMOR ALL Qualifying at the Watpac Townsville 400.

Coulthard recorded a 1:12.2862s best just seconds before the chequered flag in Practice 3 to edge team-mate Scott McLaughlin, who made a mistake on his best run.

Coulthard said of his session: "We've just made a couple of adjustments here and there, nothing too crazy, not far from our window.

"I'm relatively happy. [My lap] was OK. You're probably still exploring the boundaries a bit seeing what you can get away with in qualifying.

"Last corner wasn't perfect, but the rest of the lap was pretty good."

Percat was encouraged by his pace, with Brad Jones Racing running a variety of development parts across its three cars this weekend. 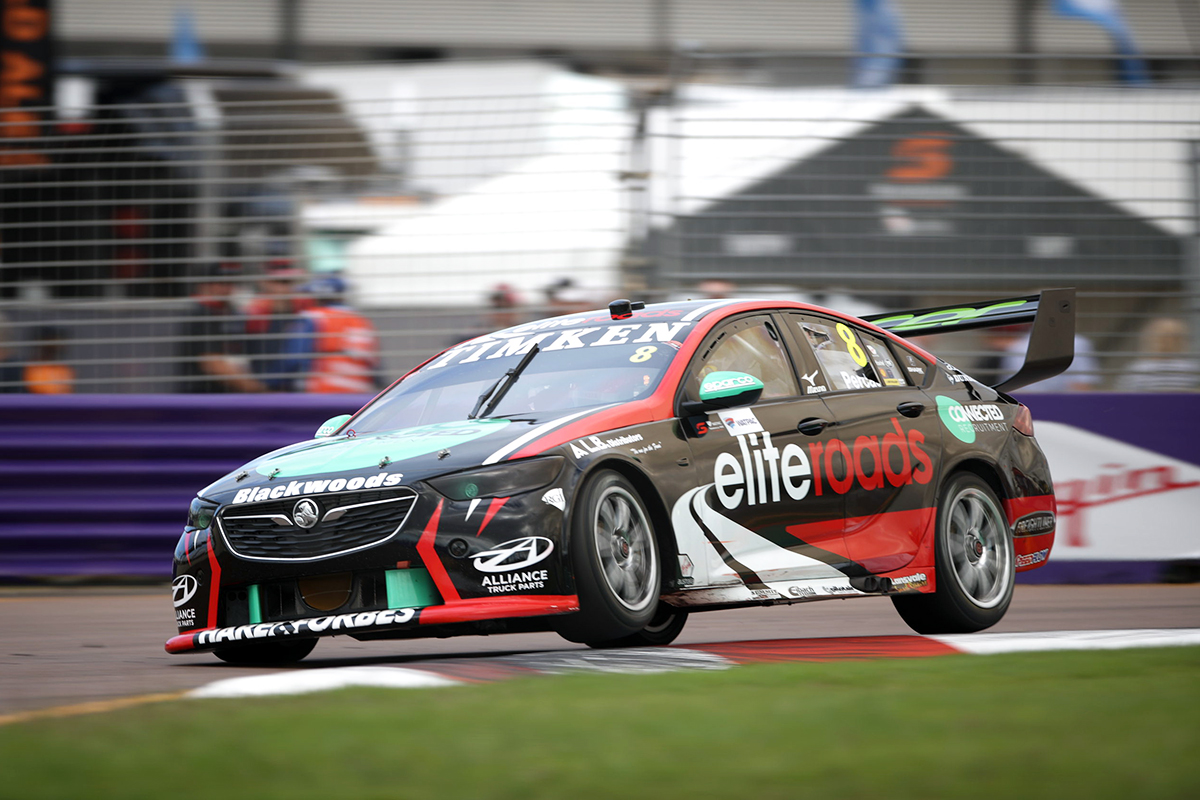 "It was good. I knew we had more than what we showed in 15th yesterday, just purely because of the tyre we were on," he said.

"I was confident we could probably match the time Lee [Holdsworth] did, but then everyone evolves in this session.

"Hopefully we're on the right path, we've got something different in the front end of both cars this weekend, hopefully one of them gives us a direction.

"Qualifying's the one we need to nail."

McLaughlin felt there was plenty of room for improvement in his car for qualifying, explaining: "I went deep, I made a stuff-up, went wide.

"Fabs did a good lap so it's good to look at his data, there's definitely a lot left in my thing.

"The car was really good; I just need to put the lap together myself.

"I'll look at the data where we went wrong. I'm actually really happy with the car."

Coulthard then went to the top after 11 minutes, with McLaughlin improving to P2 at the halfway mark, moving up from 20th.

Chaz Mostert and McLaughlin also spent time in P1 as the times continued to tumble, with Mustangs occupying the top six places ahead of the final runs.

Fourth-fastest ultimately went to Friday pacesetter Lee Holdsworth, ahead of Whincup and Mostert, who failed to improve late on a new tyre.

Tim Slade, Rick Kelly (up 18 spots with his final effort), Scott Pye and Will Davison completed the top 10, with Cameron Waters one further back in 11th.

Andre Heimgartner had been best of the non-Mustangs with five minutes left but fell to 17th, marginally ahead of a lacklustre van Gisbergen.

Boost Mobile Racing substitute driver Michael Caruso ended up at the foot of the times, one place behind team-mate James Golding.