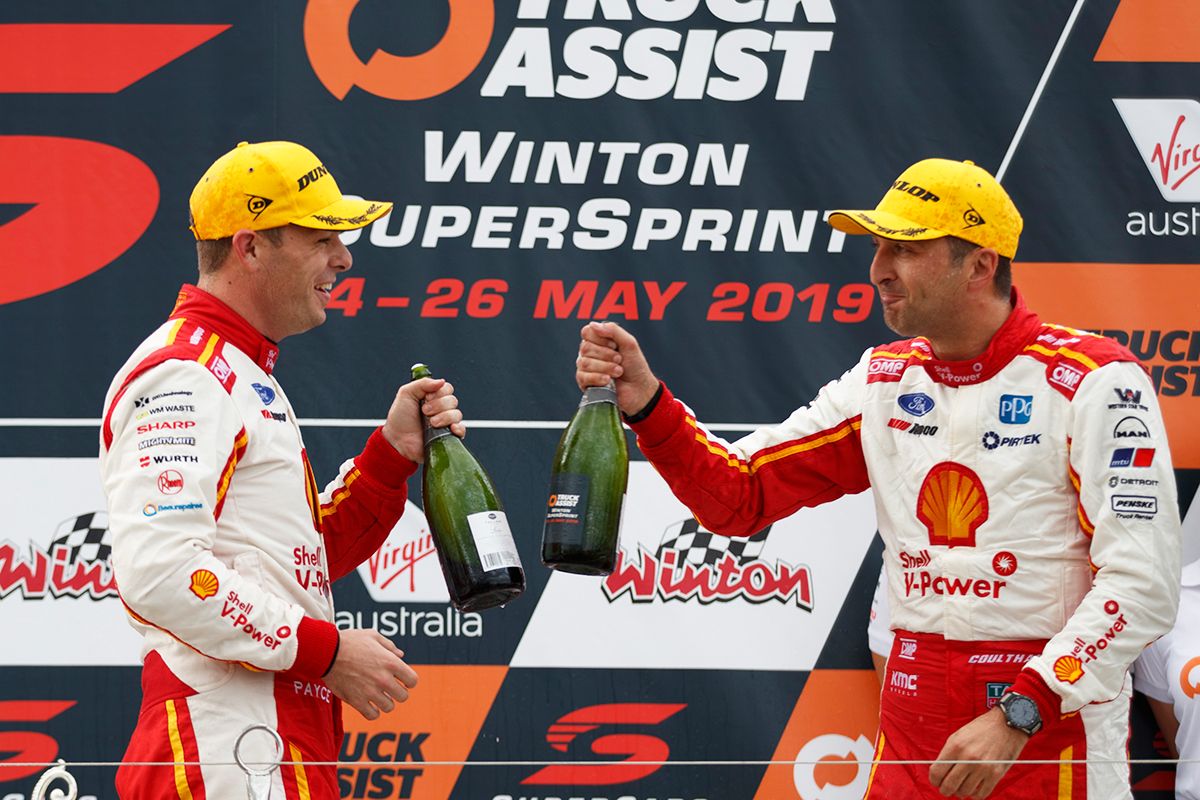 Scott McLaughlin says Shell V-Power Racing team-mate Fabian Coulthard's improved form is one of the things pushing him to new heights in 2019.

The defending champion holds a 242-point lead in the title race over Coulthard, with 10 wins and nine ARMOR ALL Poles to his name from 14 races.

McLaughlin has already passed his 2018 victory tally of nine, while his poles have come by an average margin of 0.3913 seconds.

Coulthard endured a difficult 2018 with the outgoing FG X Falcon but is enjoying life with the new Mustang, his average grid position 3.7 currently against 9.4 last season.

The older of the Kiwis also has two wins and seven podiums, against one and three respectively across all of 2018.

"With Fabs, this car and the set-up now, he’s really adapted to it compared to how it used to be with the FG X," McLaughlin said.

"That’s probably why we are succeeding as a squad – one-twos, front-row lockouts – because we’re just pushing that absolute maximum within each other and the garage."

A one-two finish on the Sunday at Winton, where McLaughlin won both races, was the sixth for the Shell Fords this season.

While chief rival Triple Eight has struggled with the switch back to linear-spring dampers, McLaughlin believes the way his outfit has coped has been the key.

"I personally think we've adapted to the linear spring a lot better than others and I think that's our gap," he said.

McLaughlin also noted winning a maiden title last year, after his 2017 heartbreak, has helped his approach.

"We’ve come out with a team and a car and we’ve adapted to the changes really well. I feel like we were really fast at the moment.

"Obviously last year was a big burden off my shoulders, I’m thinking about things a bit more and not worrying what the consequences are and I’ve been a bit more calculated.

"I’m understanding the situation I’m in a lot better, so I think that definitely helps and it certainly helps with the results."