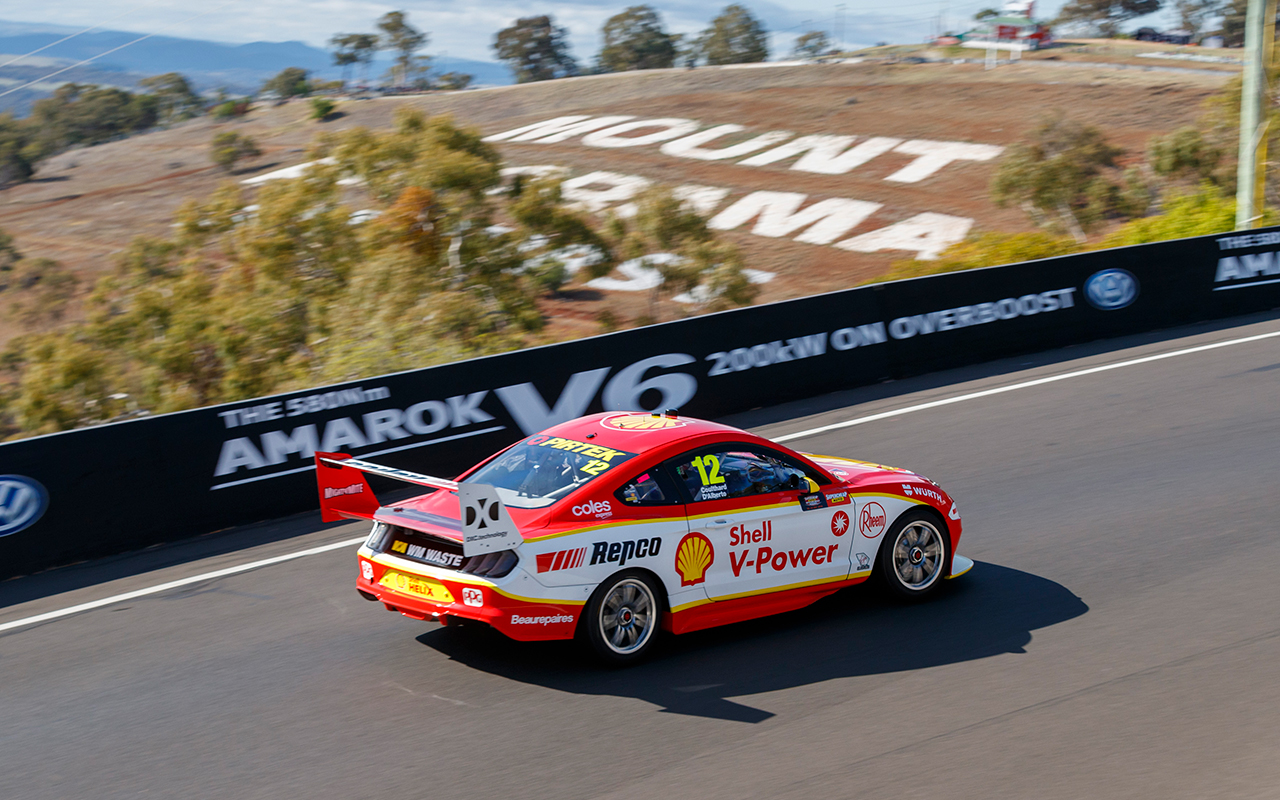 Fabian Coulthard topped the Sunday morning warm-up at Bathurst as cars took to the track for the last time before the Great Race.

Outright pace took a back seat as teams ran through their final preparations for the 11:30am race start.

Coulthard was the only driver to set a lap below the 2:05 mark, recording a 2:04.9307s – more than one and a half seconds off Scott McLaughlin’s record time in the ARMOR ALL Top 10 Shootout yesterday.

McLaughlin ended the session next best, 0.195s adrift, to give Shell V-Power Racing a 1-2 before the #17 Mustang starts the 161-lap event from pole.

Coulthard and co-driver Tony D’Alberto have a bit more work to do, lining up 16th on the grid.

“It was the first time on full tanks with a good tyre,” said Lowndes.

“It’s nice across the top, which is always inspiring for a driver.

“Whether the pace is going to be fast enough I don’t know, but it feels really nice.”

Every team down pitlane took the opportunity to run co-drivers for at least part of the 20-minute session, many practising pitstops involving driver and brake disc changes.

That process provided a hiccup for the Walkinshaw Andretti United wildcard of Alexander Rossi and James Hinchcliffe.

There were no wild on-track moments to be seen, however.

James Courtney meanwhile confirmed his co-driver Jack Perkins will be right to go, having battled as he recovers from the flu.

“I think keeping him away from Super2 was a good plan and he’s feeling a lot better.” 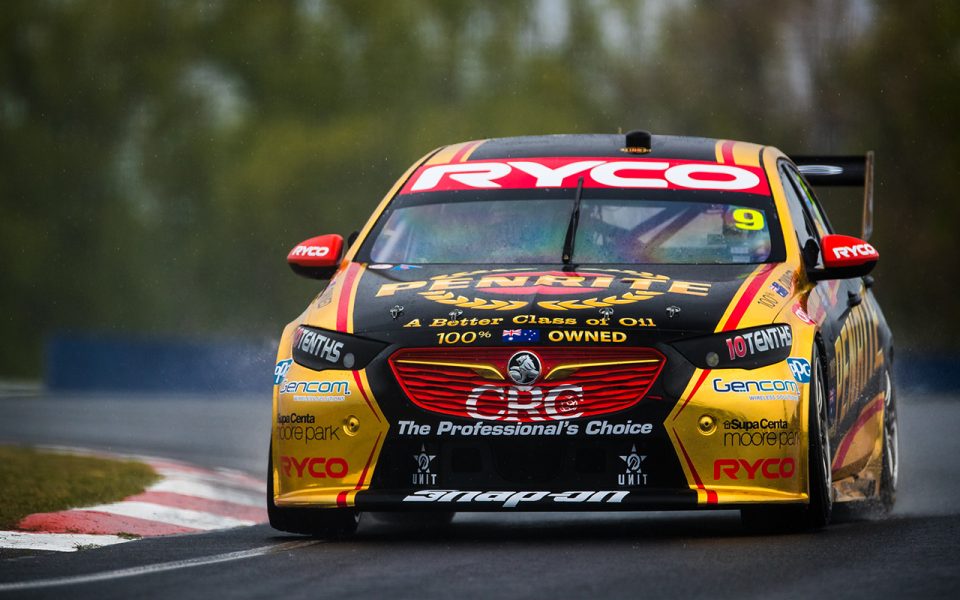 The one to watch in the early stages of the race will likely be the Penrite Holden of David Reynolds/Luke Youlden, starting 22nd after struggling in the wet on Friday.

Reynolds ended the warm-up 12th and is after redemption following a heartbreaking loss last year, when fatigue got the better of him in the closing stages.

“I feel great today, much better than I was last year, I just wish my starting position was the same as last year,” he said.

“Starting 22nd is not ideal but we have to go to war today.

“It’s going to be tough because the cars have got more aero than last year, so following is going to be challenging, so we’ll have to go off-strategy and find some clear air.

“We’re going to make the call basically on the grid, it depends on who’s starting around us, and make the call [on who starts] from there.”