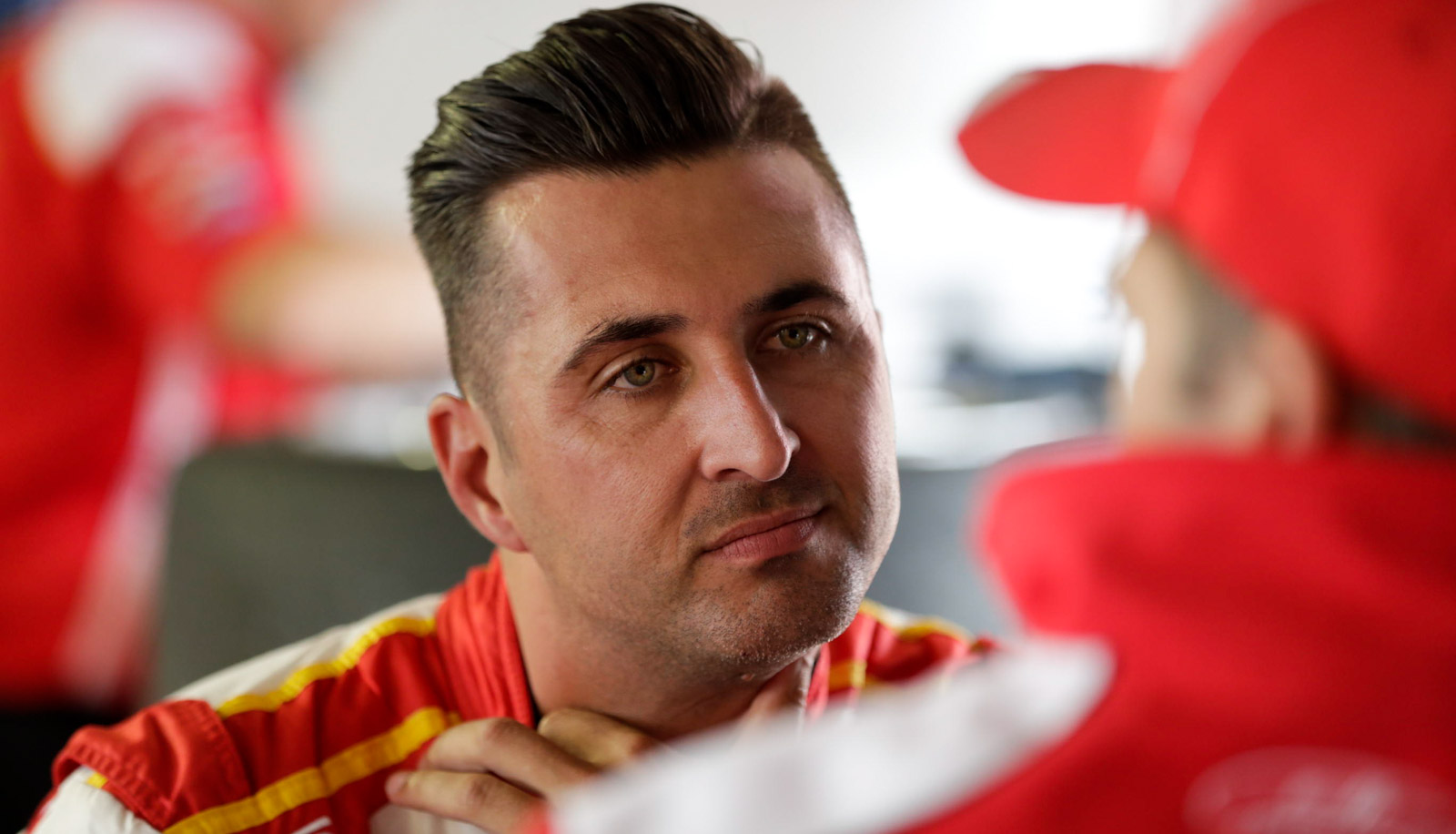 Fabian Coulthard has been docked 35 points after triggering the 12-car pile-up that red flagged Saturday’s race at Symmons Plains.

Coulthard made side-to-side contact with Rick Kelly through Turn 3, which shoved the Nissan into the left-side wall.

Kelly subsequently slowed due to damage, starting a chain reaction that wiped out almost half the field.

The stewards confirmed Coulthard’s penalty for his hit on Kelly this morning.

“The Stewards imposed a penalty of the loss of 35 Championship Points on Car #12, Fabian Coulthard, following an investigation and an admission of Reckless Driving by him (Failing to give racing room to Car #15, on the exit of Turn 3, causing Car #15 to impact the fence on the left-hand side),” read a report.

“Consequently, Car #14 (Tim Slade) who was immediately behind Cars #12 and #15 impacted the rear of both Cars.

“Car #14 was found not to have contributed to the incident. Car #12 was found to be predominately to blame for the Incident involving Cars #15 and #14).”

"I’m not necessarily sure that the punishment fits the crime but that’s what the stewards have handed down and we cop it on the chin," he said.

The penalty drops Coulthard from second to third in the championship, moving behind James Courtney, who is a spectator today following the Race 3 crash.

No points were awarded for yesterday's race which featured just one lap of green flag running.

08/04/2017
Stay In The Know
Sign up to the Virgin Australia Supercars Championship Newsletter
We use cookies to ensure that we give you the best experience on our website. If you continue to use this site we will assume that you are happy with it.Ok