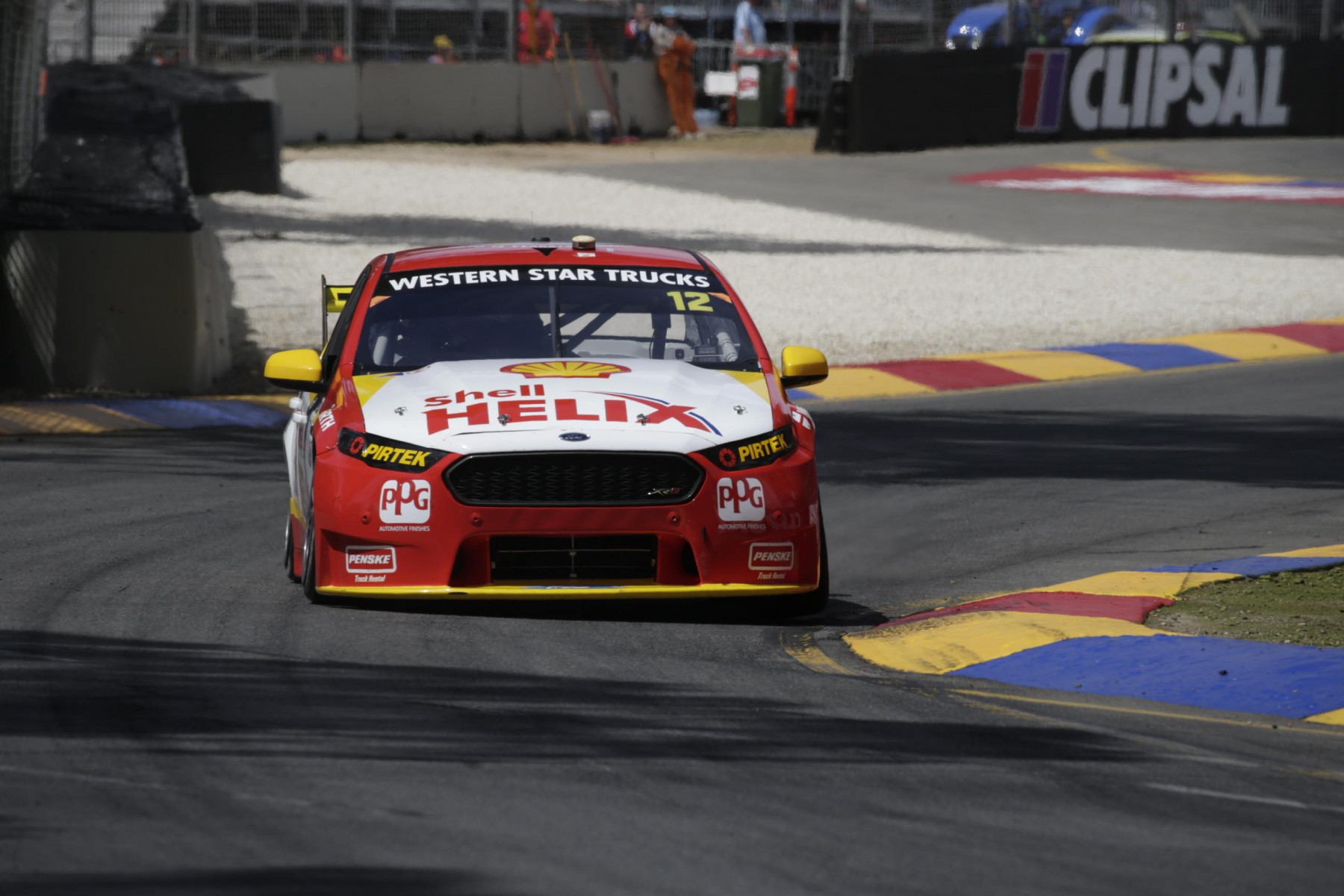 In his first round with DJR Team Penske, Fabian Coulthard has earned ARMOR ALL Pole Position in his Falcon FG X for today's 250km race at the Clipsal 500 Adelaide.

After a mediocre qualifying result yesterday, Coulthard’s earned his first P1 start since Townsville 2014 with a stunning lap around the street circuit.

His 1min21.3006 was an incredible 0.0065 seconds quicker than Chaz Mostert, who started from pole yesterday and dropped back to third during the race.

It was the closest ever result in a top 10 shootout at the Clipsal 500 Adelaide and the second pole position for DJR Penske this weekend after Scott Pye started at the front of the grid in yesterday’s first race.

“It’s awesome – we qualified 18th yesterday, to turn it around to P1 today is awesome,” Coulthard said. “It’s a long day today but it’s nice to start up the front.”

Mostert, who is returning from horrific injuries suffered at Bathurst last year, was a narrow second, ahead of Shane van Gisbergen.

Last driver out on track Scott McLaughlin couldn’t piece together the right lap, but starts ahead of race one winner Jamie Whincup, who called his lap “rubbish”.

The closest ever ARMOR ALL pole position on the streets of Adelaide for #V8SChttps://t.co/qWCinVyIoo

He at least recorded a time, with race two winner James Courtney earning a kerb strike at the first chicane and delegated to 10th.

His young new teammate Cameron Waters surprised himself by making the shootout, and will start from ninth after a clean run around the Adelaide street circuit.

The conditions are hot in Adelaide today and drivers will sweat out 250km around the aggressive circuit this afternoon from 3.20pm local time.

Courtney: ‘I wouldn’t have won in last year’s car’