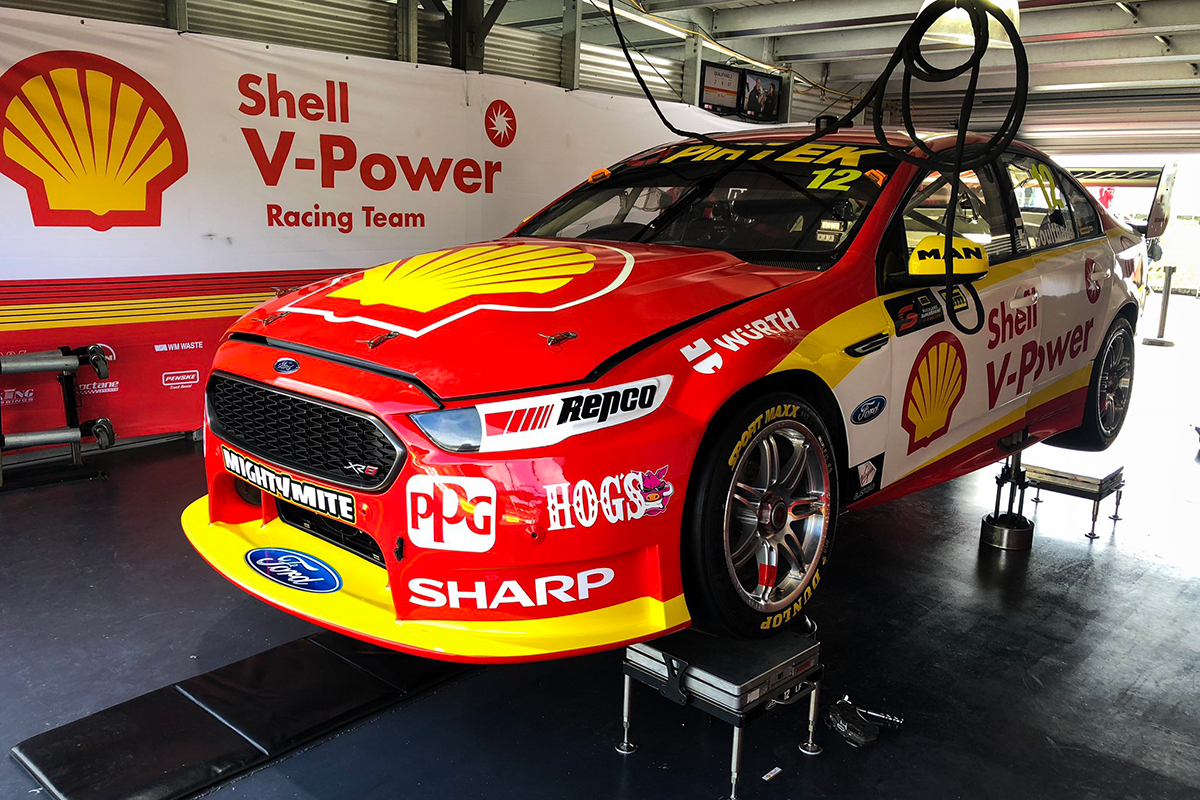 Fabian Coulthard’s Shell Falcon will be back on track for Sunday’s action at the ITM Auckland SuperSprint, despite a heavy crash in the Saturday race.

Coulthard, who had qualified 19th, clouted the concrete at the final corner after coming off worst in a battle with Lee Holdsworth and Richie Stanaway on lap eight.

The Shell V-Power Racing crew worked until the early hours of the morning to complete the repair, the Falcon having suffered heavy rear-right damage.

It’s the second time in two years Coulthard’s car has required overnight repairs at Pukekohe, following a rollover at the same part of the circuit in 2017.

Stanaway had touched the back of Holdsworth into the high-speed section, nudging the Holden into Coulthard, sending him into a spin and eventually the concrete wall.

Officials handed Stanaway a drive-through penalty in race for reckless driving, before conducting a further hearing on Saturday evening, which has resulted in no further sanctions.

However, Stanaway successfully argued his case that no further sanction should be applied.

According to a stewards' report, he contended that: “Car #18 (Holdsworth) had slowed unexpectedly on the entry to Turn 10 and that this had taken him by surprise and he was unable to avoid contact with the rear of Car #18.

”He pointed to the Judicial Camera footage from his Car immediately prior to the point of contact with Car #18 which showed that he had lifted off throttle and had started to apply brake because he had reacted to Car #18 having slowed to allow Car #12 ahead of him through Turn 11.

“He said that, ordinarily, cars take Turn 10 at full or near full throttle and therefore he was taken by surprise when Car #18 had slowed.

“The Judicial Camera footage from Car #18 showed that the Driver of that Car had zero throttle applied at the time Car #56 made contact with the rear of his Car.

“However, the Driver of Car #56 did not challenge the DSA’s and DRD’s assessment that given the circumstances – it had started to drizzle and he was behind 2 Cars who were side by side in a very fast section of the circuit – the Pit Lane drive through Penalty applied during the Race by the Stewards had been appropriate.

“However, he and Mr Edwards contended that no additional Penalty was warranted. Having heard the evidence of the DSA and the submissions of the Driver, the DRD agreed.”

The statement concluded: “We confirm our finding made during the Race that the Driver of Car #56 engaged in Reckless Driving causing contact with Car #18 which in turn made contact with Car #12 which would not have occurred but for the contact between Cars #56 and #18.

“We decide not to impose any further Penalty for that breach.”

The incident was the latest in a rough rookie season for Stanaway, whose future beyond 2018 is currently uncertain.

Andre Heimgartner was meanwhile handed a five-second post-race time penalty for careless driving on Stanaway in an incident at Turn 6 on lap six, dropping him from 16th to 18th in the result.

From a pair of early-race incidents, both involving Garth Tander, "no Driver was found to be wholly or predominately to blame".

The complete results, however, are yet to be finalised, with a protest having being lodged into Saturday’s finding that Shane van Gisbergen’s second pitstop did not warrant penalty.

DJR Team Penske launched the protest, for which officials said a hearing would commence at 9am local time.