After a heavily-wet opening session of the weekend for additional drivers, conditions started to improve as the Supercars full-timers headed out.

A host of drivers exceeded the limits in the tricky conditions, particularly at Turn 1, which led to treacherous rejoins at the exit of Turn 2.

With five minutes left on the clock, Scott McLaughlin led the way on a 1:32.5049s, with Rick Kelly two tenths adrift and Mostert having also logged a sub-1:33s.

Coulthard and then Mostert lowered the benchmark as McLaughlin pitted with 90 seconds remaining.

Both drivers improved again after the chequered flag, with Coulthard’s 1:32.0341s enough to snatch top spot by 0.0947 seconds over Mostert.

“It was slippery, it’s a lot of fun,” Coulthard, a double podium finisher at Winton in 2017, said.

“There are some crazy little surfaces, so I think a lot of it was track position and finding the grip. But it’s a good start to the weekend.

“We changed a few things, we didn’t go crazy, I think there was more time in where to be and where to place the car.”

Mostert finished the session running behind Jamie Whincup on the road, the latter setting the third-fastest time, 0.3247s off Coulthard’s effort. 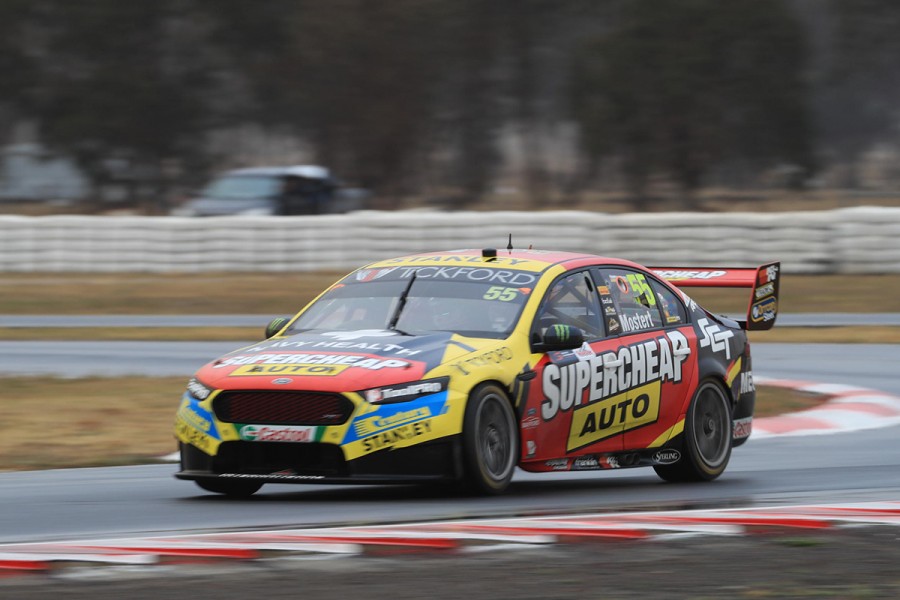 “A little bit,” Mostert said when asked of the time lost behind Whincup in the final corners on his best lap, “but it’s only practice.

“It’s one of those things. I knew there’d be only one lap to go when I started my lap, still trying to finish the last one before that.

“I knew I’d be compromised a little bit, but in saying that J-Dub was pretty quick out there too, so it was good trying to get to his bumper before the line.

“We need to make it a little bit better for the dry, so we’re a bit disappointed it’s not dry out there to see if we’d learnt anything from the last round.”

Three Nissans made it into the top 10, three days after the brand announced it will finish its partnership with Kelly Racing at the end of the 2018 season.

Two-time Le Mans winner Bamber was given another run in Shane van Gisbergen’s Red Bull Commodore, after this morning’s outing.

Van Gisbergen only completed the early phase, with Bamber then taking over, setting the eighth-fastest time. 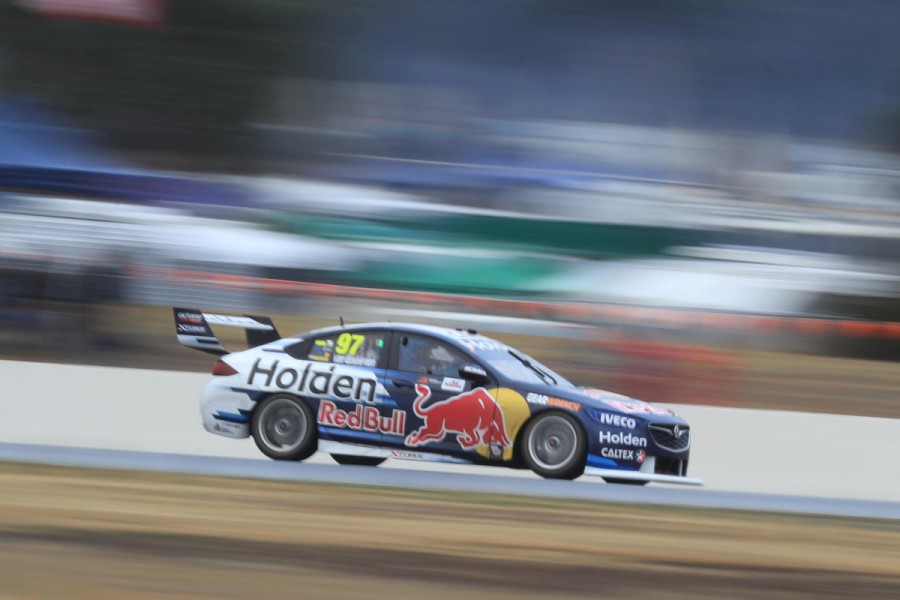 “I didn’t expect to drive for the rest of the weekend, but it was a good call by Shane that he wasn’t learning much and I should get back in,” he said.

“Any miles at the moment for myself is just learning, doubling the the time I’ve ever been in a Supercar.

“I’ve got a good reference now with Shane and Jamie both being out there.

"I’m loving the experience so far, they’re awesome to drive and it’s a really hard challenge.”

Another Kiwi wound up ninth, as top rookie Richie Stanaway joined Tickford team-mates Mostert and Winterbottom in the top 10.

Jack Perkins remained in action for Mobil 1 Boost Mobile Racing after the co-driver session, with James Courtney unwell and ruled out for the day.

Perkins set the 16th-fastest time while another co-driver in the form of Will Brown was 24th for Erebus Motorsport.

Erebus sat out the morning’s running, but gave Brown a stint in David Reynolds’ Commodore in the second half.

The Holden team is yet to outline its PIRTEK Enduro Cup pairings, with Reynolds having won Bathurst last October with Luke Youlden.

Friday’s second and final practice session for the Winton SuperSprint starts at 2:35pm.