Shell V-Power Racing driver Fabian Coulthard has been excluded from Sunday's ARMOR ALL Top 10 Shootout at the Superloop Adelaide 500.

The Saturday polesitter set the third-fastest time in the single-lap dash on Sunday afternoon, but will now start the 78-lap race in 10th.

Team members were seen working on the Mustang in pitlane before Coulthard's lap, including with the bonnet up, which has incurred a penalty. 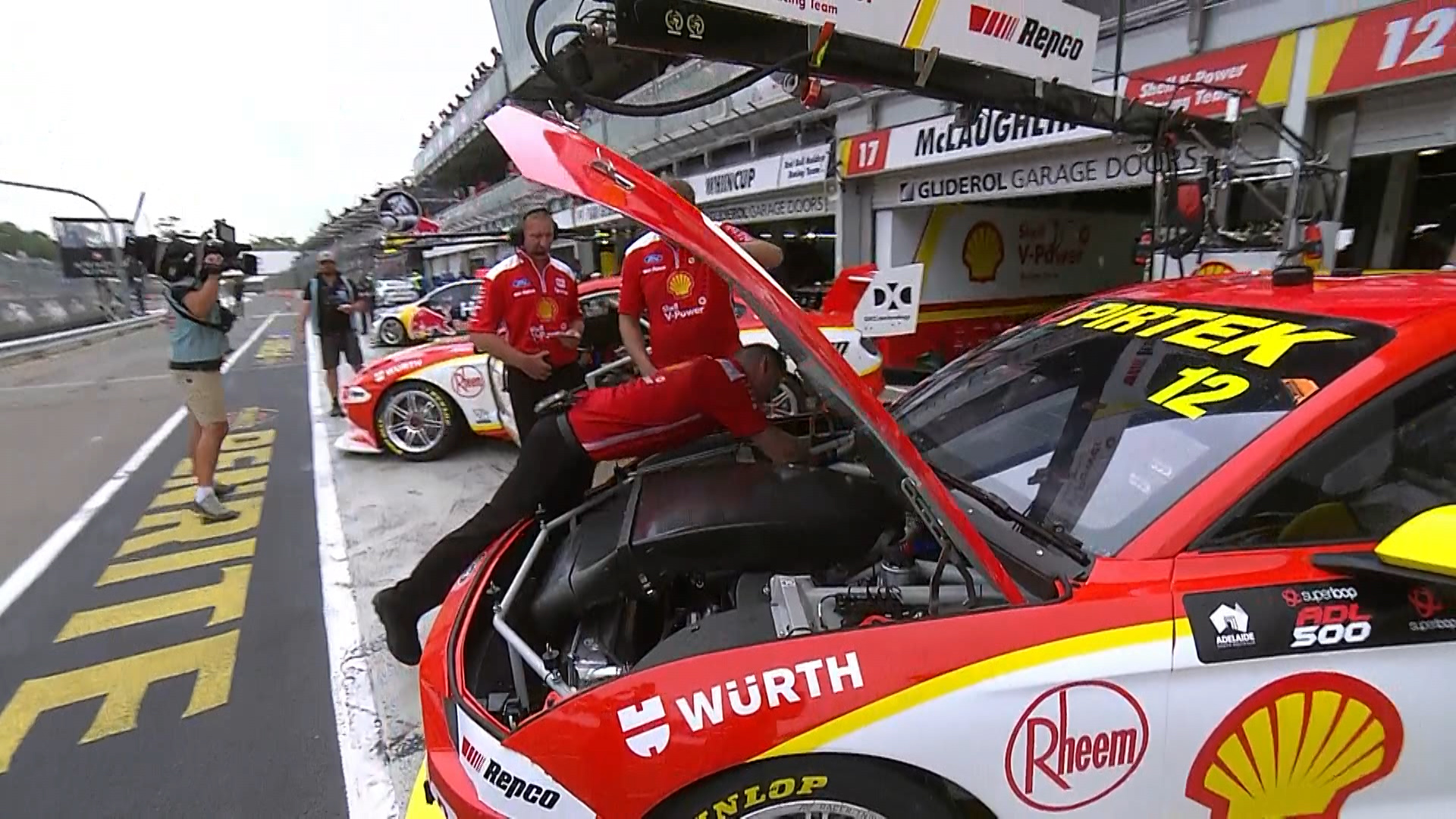 A stewards report read: "The Stewards disqualified Car #12, Fabian Coulthard, from the Top 10 Shootout for Race 2 for a breach of Rule D6.3.5 – the Team worked on Car #12 after it was parked in the Pit Lane and while it was under Parc Ferme conditions without permission from the HoM."

Coulthard's demotion puts David Reynolds and Cameron Waters into third and fourth, while the new third row is Will Davison and Nick Percat.

Beyond that, Tim Slade and Jamie Whincup will start 11th and 12th, while Mark Winterbottom is at the rear of the grid after power-steering problems in ARMOR ALL Qualifying.

Coulthard finished sixth on Saturday after serving a 10-second penalty for moving out of his grid box before the start.