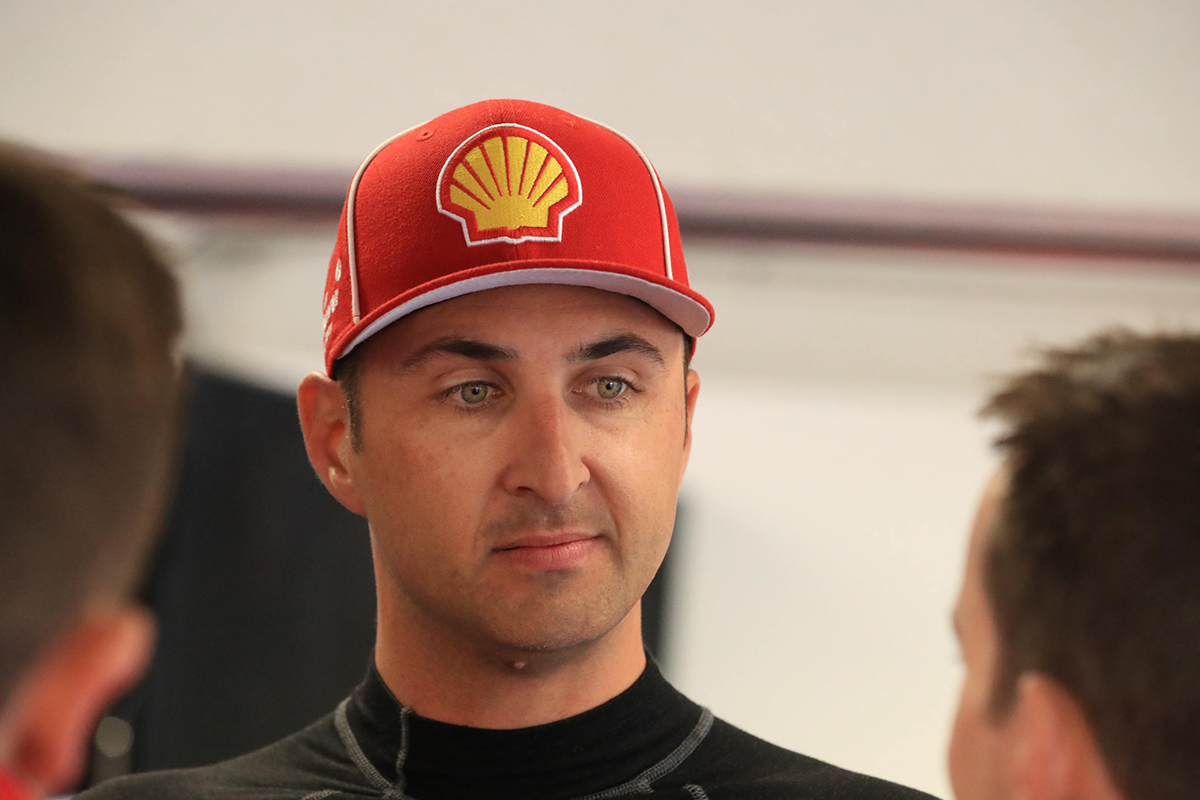 Fabian Coulthard will not join team-mate Scott McLaughlin on the front row for the opening race of the WD-40 Phillip Island 500, after being excluded from qualifying.

Coulthard set the second-fastest time in ARMOR ALL Qualifying earlier on Saturday, behind the sister Shell Ford of Scott McLaughlin.

He has, though, been excluded from the session for a technical breach with his Falcon’s rear wing and will start the 57-lap race from the rear of the grid.

The stewards’ report read: “During Parc Ferme following Qualifying for Race 9, Car #12, Fabian Coulthard, was inspected by the S&TD for compliance with the rear wing angle as stipulated in the VSD (Vehicle Specification Document).

“The S&TD found the maximum rear wing angle defined in the VSD was exceeded by Car #12.

“Following an admission to the breach by Racing Team (Aust) Pty Ltd, the Stewards imposed a Penalty of Disqualification of Car #12 from Qualifying for Race 9 of the 2018 Virgin Australia Supercars Championship.

Turns out I’m going to start last.. only way is up from there! #VASC #FabPack

“I accept responsibility and whilst it made no difference to the performance of the car, we’ve taken our medicine.

“Unfortunately that means Fabian will start last for this afternoon’s race.”

The other Triple Eight Commodores of Shane van Gisbergen and Craig Lowndes will share the second, with Rick Kelly and David Reynolds fifth and sixth.

Race 9 of the 2018 Virgin Australia Supercars Championship starts at 3:45pm.