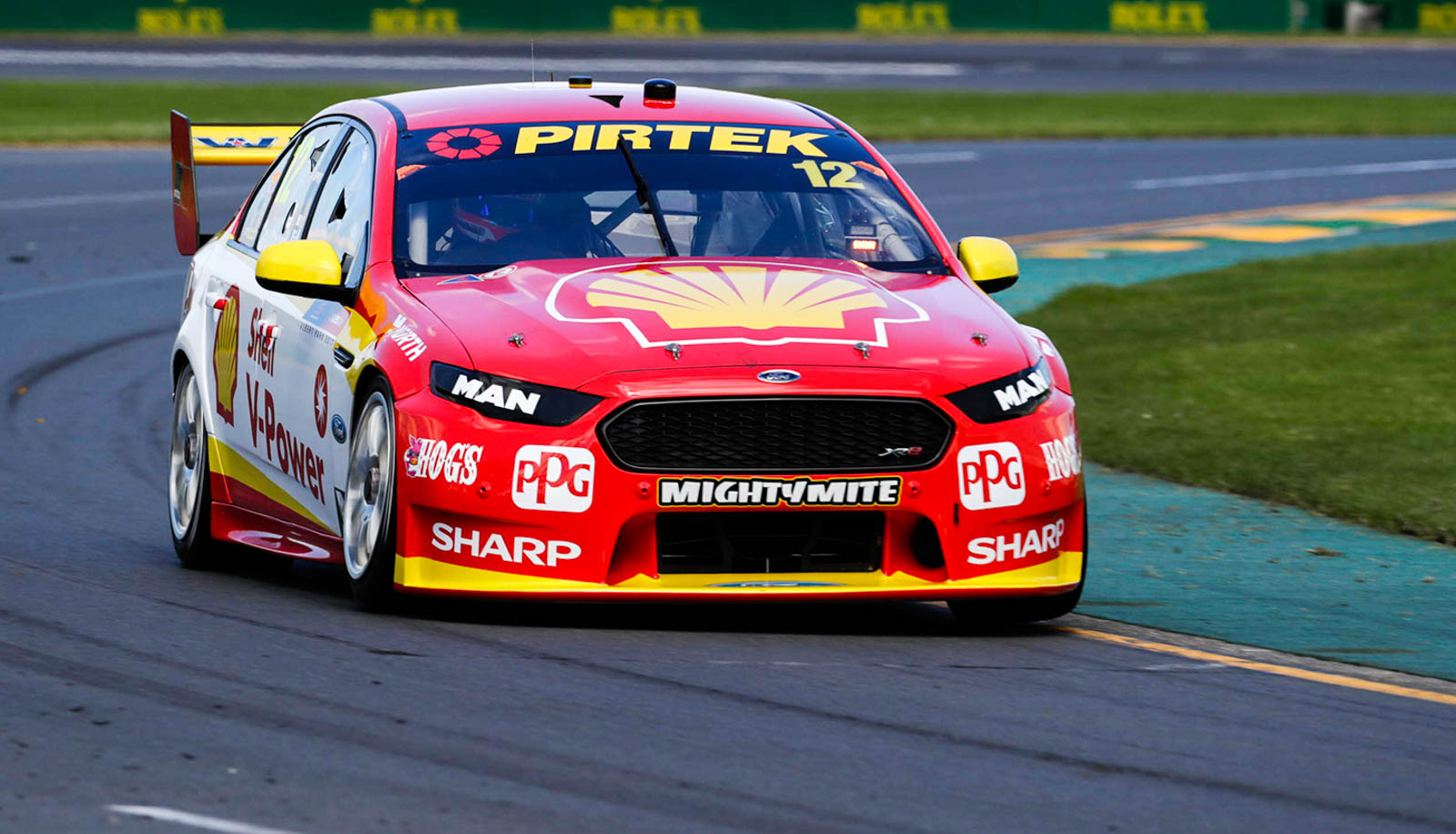 Fabian Coulthard issued a warning to the Supercars field by topping practice for the Coates Hire Supercars Challenge by almost a second.

The #12 Shell V-Power Ford set a best time of 1:55.49s as the chequered flag fell on the single 30 minute session prior to qualifying.

The session saw teams able to use two sets of pre-marked tyres, either of the soft or super soft compound.

Each car has four sets of new super softs for the remainder of the weekend, starting with qualifying at 5pm local time today.

“It’s all relative to who did what on what tyre,” Coulthard told Supercars.com.

“We weren’t overly happy, we just tried to make a good race car but it seems like we’ve got a good qualy car.”

Tim Slade and David Reynolds were fourth and fifth respectively ahead of Mark Winterbottom, Nick Percat, Chaz Mostert, Garth Tander and Will Davison.

Coulthard’s team-mate Scott McLaughlin was down the order, finishing 25th after his engine began to misfire before his second run.

Jamie Whincup (23rd) and Craig Lowndes (26th) were also down the order, with the latter four seconds from the pace.