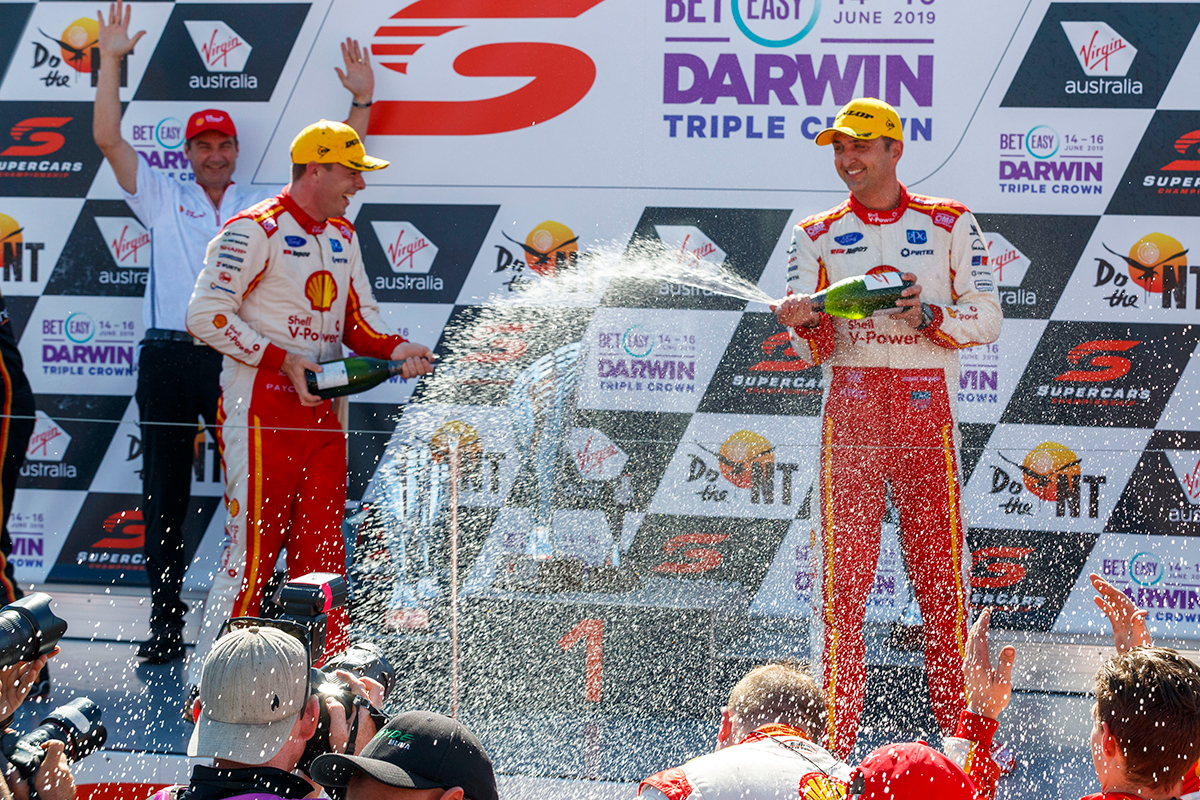 Fabian Coulthard is adamant Shell V-Power Racing will not get complacent this season, amid the squad's dominant run.

Armed with the new Ford Mustang Supercar, Scott McLaughlin and Coulthard sit first and second in the championship, having won 14 of the 16 races between them.

In the teams' standings, the Shell squad is a mammoth 814 ahead of the second-placed Red Bull Holden Racing Team.

The squad is unbeaten since Shane van Gisbergen’s win at Symmons Plains in April, but Coulthard believes the prospect of an intra-team title fight won't be to its detriment.

"I don't think as a team we'll get complacent," Coulthard said.

"We've got people that are very driven, and they want to succeed at every event we go to.

McLaughlin was in down-to-the-wire title fights against Triple Eight drivers in 2017 and '18, narrowly missing out on the former, before finding redemption a year later.

The 26-year-old became the first driver to win the Darwin Triple Crown, introduced in 2006, earlier this month.

"However many years since the Triple Crown's been run, Triple Eight have been a dominant team, they haven't managed to do it and Scotty has," Coulthard noted.

"It's a team effort. It's not just Scotty doing his bit, it's everyone pulling together on both cars.

"Getting the results, like he has, has been fantastic. I'm sure it's really good for his confidence." 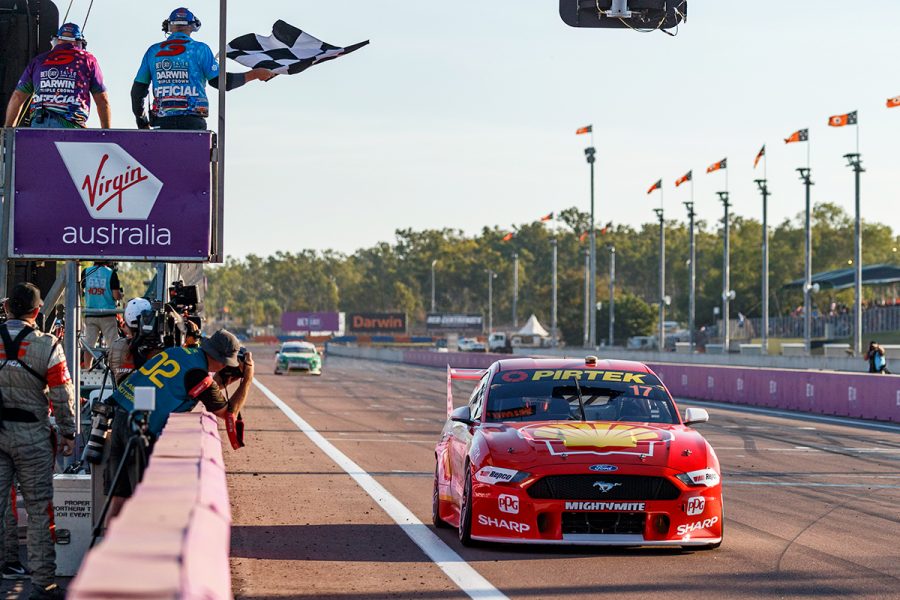 With 12 victories this year, McLaughlin has moved from 15th to eighth on the ATCC/Supercars most wins standings on 37, passing Allan Moffat at Hidden Valley.

In Darwin, he also drew level with Peter Brock in second on the pole position leaderboard.

"You've got to pinch yourself some times," McLaughlin said of growing position in the history books.

"I make my own stats [sheet] and look at things, and just follow my progress.

"I know what's going on, but it drives me to try and be as good as some of these guys, I'm very proud and my family is too.

"I'm lucky to be doing this, my hobby is now my job and I'm very lucky for that."