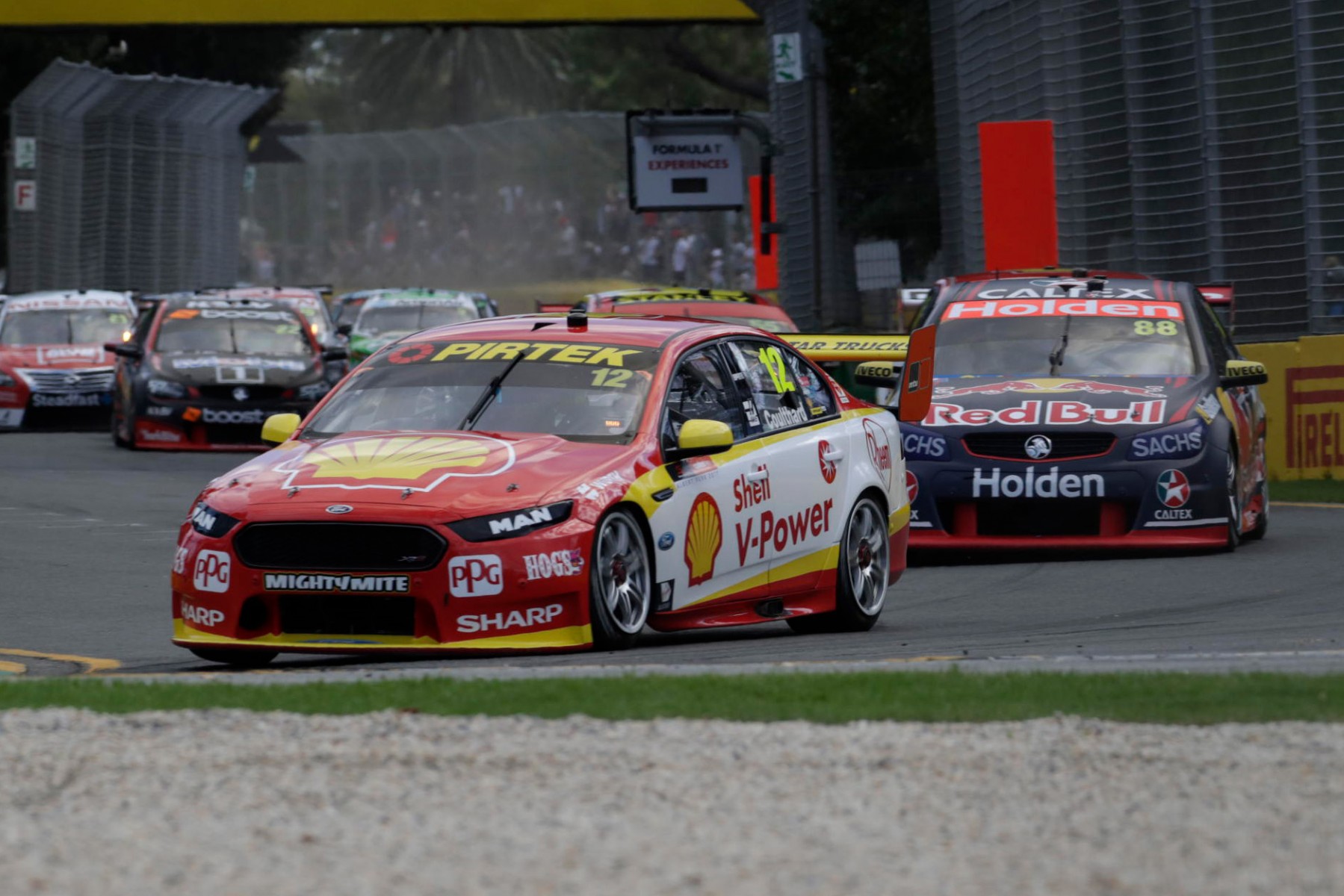 Fabian Coulthard made it three wins from three starts for the Shell V-Power Racing Team at Albert Park with a commanding performance.

“It’s a credit to the team for giving us a great car,” said Coulthard post-race.

“I’ve had success here in the past in a Formula Ford and Carrera Cup so to be doing it in Supercars as well is very special.”

Although unable to keep pace with Coulthard, Whincup kept the second Shell V-Power Ford of Scott McLaughlin at bay throughout the opening turns after starting second.

McLaughlin faded to be five seconds adrift by race end, with his quickest lap almost 0.5s shy of Coulthard’s.

Completing the top 10 were Will Davison, James Moffat and Shane van Gisbergen, who had charged from 23rd on the grid to 11th in the first half-lap.

The bulk of the action took place in the mid-pack, where Tim Slade won a spirited battle for 14th that featured Cameron Waters, Dale Wood, Jason Bright and Tim Blanchard.

Bright had earlier been tagged into a spin by Scott Pye at Turn 1 amid a three-car squeeze that also involved Wood.

The tangle forced Pye to pit with damage, while Garth Tander took his car to the garage after also coming untuck in the opening turns.

Whincup will start tomorrow’s final race from pole ahead of Coulthard, while McLaughlin will line-up from the back after breaching track limits in qualifying.

2017 Formula 1 Rolex Australian Grand Prix  ›
Stay In The Know
Sign up to the Virgin Australia Supercars Championship Newsletter
We use cookies to ensure that we give you the best experience on our website. If you continue to use this site we will assume that you are happy with it.Ok