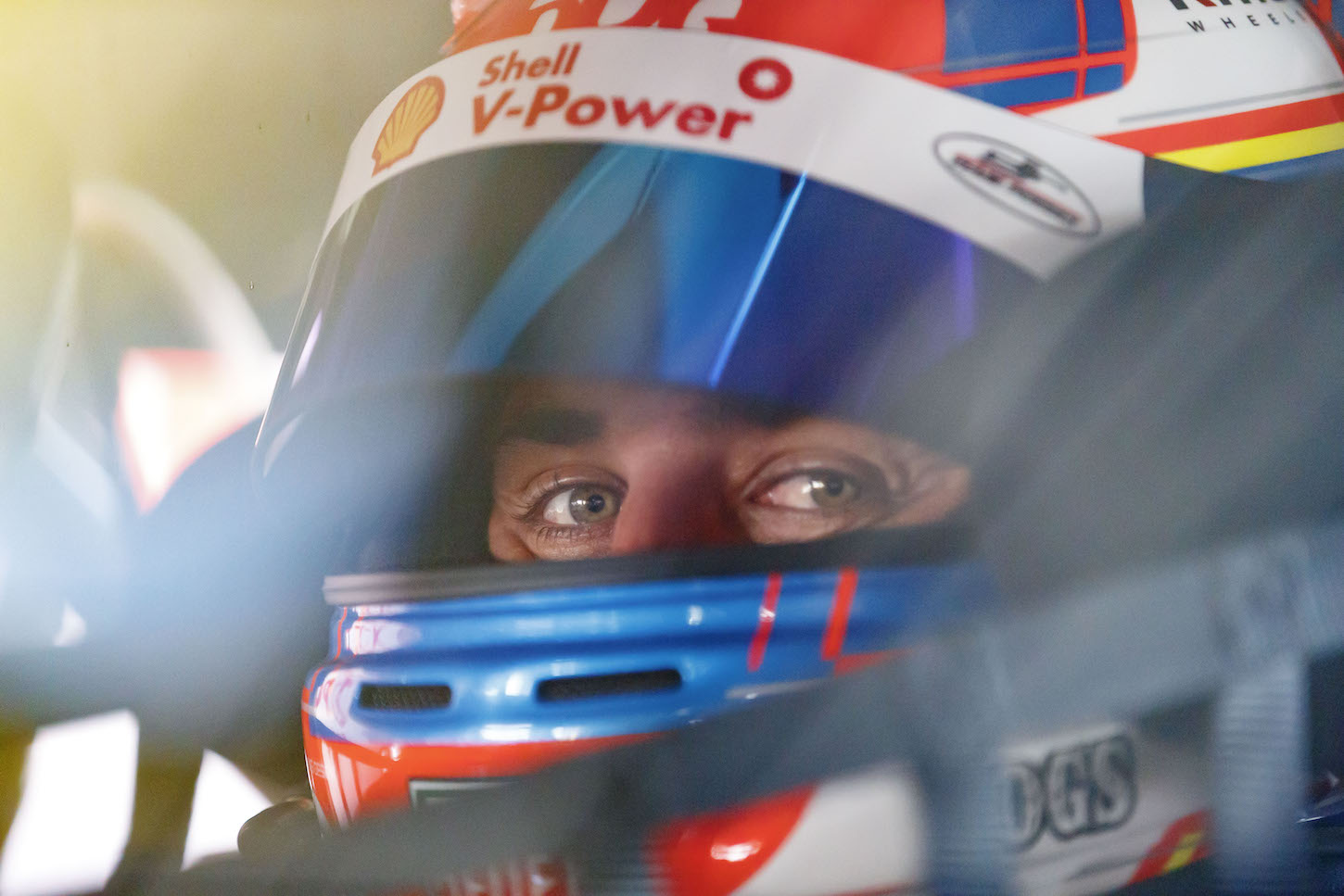 Fabian Coulthard hopes that a closer working relationship between the two sides of the Shell V-Power Racing Team garage will help move the squad forward this season.

A high-profile recruit in the 2015/16 off-season, the Kiwi enters his second year with the Penske-owned team still chasing its first win.

Last year started in promising fashion as Coulthard and team-mate Scott Pye both found the front-row and the podium within the opening three events.

The team however lost ground through the mid-point of the season as it struggled for a direction with its Fords.

Coulthard this year continues with his long-time engineer Phil Keed, who also joined Penske from Brad Jones Racing in 2016.

This year, however, again sees significant changes at Penske thanks to the recruitment of driver Scott McLaughlin and engineer Ludo Lacroix.

“Last year it felt like we were running two separate cars,” Coulthard admitted to Supercars.com.

“We need to work on the weaknesses of this car and make them strengths.

“I know that Scotty and Ludo and both Phil and I have the same goal and that’s to improve the package together and work together as a two-car team.

“That is so important. The field is so competitive, if you can’t do that it makes the challenge ahead even tougher.

“We’ll make two cars work together as a team and hopefully move the team forward.”

Pointing to the increased use of the soft tyre as a contributing factor to the team’s struggle in 2016, Coulthard says the new 2017 Dunlops provide an opportunity.

“We set the bar very high at Clipsal with both Scott and I getting a pole, but unfortunately the progression didn’t continue going that way,” he said.

“When these cars were strong and in 2015 the championship was pretty much run on the hard tyre.

“Last year it was on softs and I definitely don’t think our package on a soft tyre is the strongest out there. Hopefully we can make the car stronger for this year.

“This new tyre is really going to level the playing field and it’ll be who gets on top of that tyre the quickest will be the best.”

While McLaughlin and Coulthard will both be chasing Penske’s first Supercars win this year, the season opener will mark two years since the latter’s last victory at BJR.

“I’m not going to put an expectation by when we should win a race by,” he said of race wins.

“We’re going to evolve this package and make it better at every event we go to and make it consistent. Hopefully the results will come.”

Penske's Shell V-Power backed Fords started the year in promising fashion at the recent Sydney test, both ending the day in the top three.