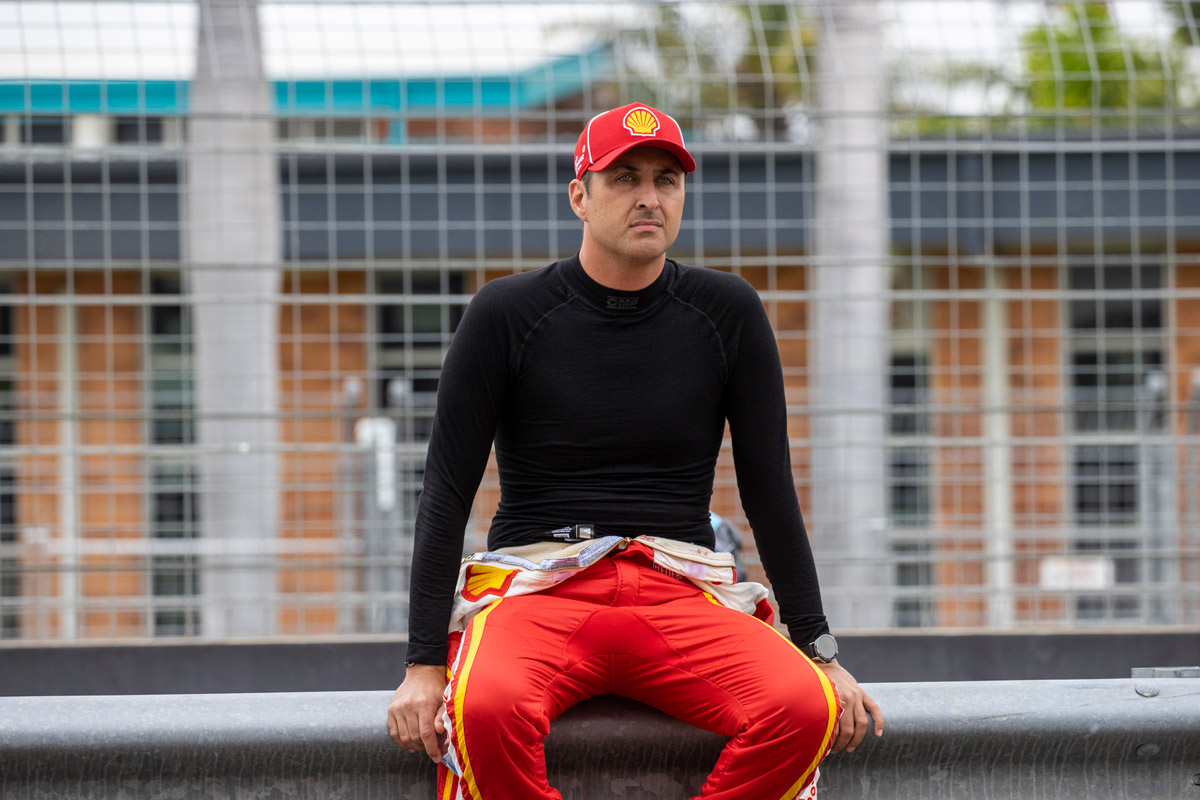 Jamie Whincup flared tensions between Supercars’ heavyweight squads in Townsville on Sunday, by suggesting Shell V-Power Racing is not a true two-car team.

Whincup let a fresher tyre-shod teammate Shane van Gisbergen through for second in the closing stages, before they both snuck through on McLaughlin in a forceful pass.

Van Gisbergen won the race with Whincup second, narrowing the latter’s deficit to McLaughlin in the championship to 143 points with three events remaining.

McLaughlin and van Gisbergen traded barbs over the pass; the former declaring it “a bit early for those silly games” and the latter cheekily referencing the 2019 Bathurst controversy.

Speaking straight after the race, Whincup had said: “We run a two-car team and there’s the same equipment for both cars, we’ve both got the same opportunity.

“It’s just sometimes a negative because you have got to pit behind the second car or he takes points away from you.

“But today if anything it was a help and that’s the advantage of running a two-car team instead of a one plus one.”

McLaughlin’s teammate Fabian Coulthard has struggled for consistent results over the past three seasons, as well as being embroiled in some controversial moments.

Van Gisbergen labelled Coulthard a “sacrificial lamb” after Bathurst last year, where the #12 Mustang had backed up the field under Safety Car while McLaughlin pitted.

“No matter what we say here, it’s not going to change his view. I think it’s mind games.”

“You’d probably expect more from a guy like him but obviously that’s what his view is,” he said.

“Whether we believe that or not is another thing. You go through peaks and troughs just like he has the last few years with Shane battling for championships and he wasn’t.

“I think we work as well as a team as anyone up and down pitlane, that’s my view and I’m sure Fabs is the same.”

McLaughlin added of the “mind games” from the Red Bull drivers: “I’ve had three years of it so I’m pretty used to it now.

“They all say the same stuff so they probably need to use new content.”

Whincup declined to elaborate on his earlier comment in the post-race press conference, adding only that the situation is “pretty straightforward”.

After the controversial late-race pass, Red Bull HRT had the opportunity to order van Gisbergen to gift the win to Whincup, to maximise his championship chances.

Engineer Grant McPherson was however heard telling van Gisbergen on the radio on the last lap: “All good mate, take it to the chequer [chequered flag] in this position, all good, take it home.” 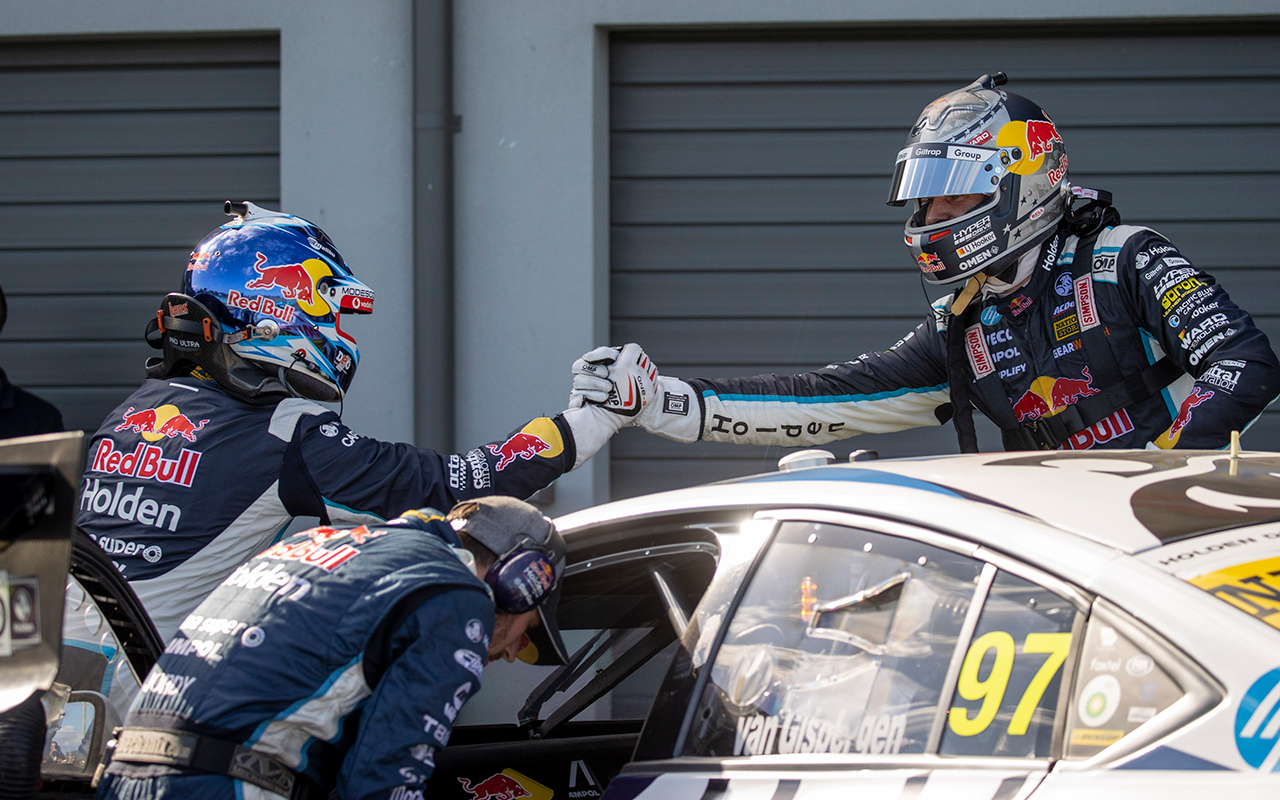 Asked if they should have asked van Gisbergen to slow, Whincup said: “No, I don’t think so.

“[The #97 crew] did a great job with the strategy, it played into their hands, they had four tyres left, so SVG deserved the win and he got it.”

As for letting van Gisbergen through four laps from home as they chased McLaughlin, Whincup added: “I wasn’t going to hold Shane up. We don’t hold each other up.

“He had some serious pace. When that Safety Car came out he was on for the win so I didn’t want to get in the way of that.”

Red Bull HRT leads the teams' championship by just 42 points over Shell V-Power Racing following Townsville, as they look to wrestle the title back from the Ford outfit.