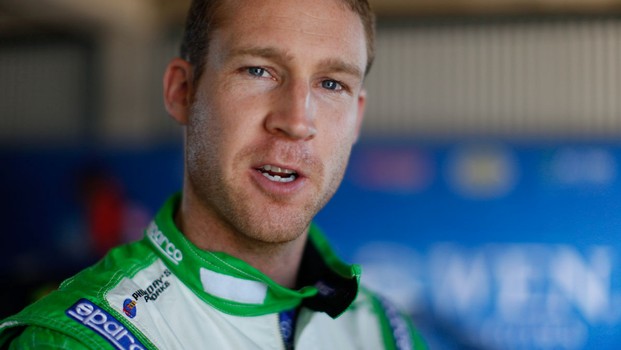 David Reynolds has claimed his secondcareer ARMOR ALL Pole Position, after the Top 10 Shootout at Hidden Valley Raceway. It is also the sixth pole position for Ford Performance Racing of the last seven races at the circuit.

The Bottle-O Falcon will start from p1 for the first half of this afternoon’s 60/60 Super Sprint, Race 17 of theChampionship at the SKYCITY Triple Crown.

Reynolds has only had one career podium finishand has not yet achieved his first win.

It was a nervous wait for him after his lap – Reynolds was fourth out in the ARMOR ALL Top 10 Shootout – and after thesession said his mind was all over the place.

“I’m feeling much better now!” he said,once he knew he had clinched pole.

“Last round I qualified 25th and 23nd (inthe last two races at Austin) so from that to first is a big change!”

That appears to have translated to the racetrack.

“It must be working,” Reynolds said.

“We just tuned the car to what I would likeand tried not to worry about what others were doing. We focused on my own setupand it’s come up good … My car is definitely better because I can’t do a timelike that without having a good car.”

Reynolds questioned whether drivers wentwell at tracks they liked, mentioning he had started on the front row here lastyear, which resulted in a fifth placing.

So he was tentative to agree starting fromthe first spot would result in a race win.

“Obviously my car’s not bad over one lap,now the secret is trying to trim it down for the race and make it the best racecar you can,” he said.

“So you don’t know because I’ve only donetwo or three lap runs around here in Practice, so we’ll see – there’ll be a bitof speedway action at the end.”

At first Reynolds said he wasn’t worriedabout carnage – but when the thought of the double file rolling restartdawned on him, he changed his mind.

“The problem is, everyone’s so close, we’reall travelling the same speed. Because with a standing start there’s gaps,everyone gets a different type of start, so you can work it out a bit better.But when we’re all at the same rate – hopefully I’m at the front then.”

Alongside Reynolds on the front row isJamie Whincup – the Red Bull Racer yet to achieve pole position at thecircuit – with Will Davison and James Courtney filling the second row.

Craig Lowndes, who was fastest in Qualifyingearlier, only managed 10th.

David Reynolds  ›
15' The Bottle-O FPR Ford ›
2013 SKYCITY Triple Crown  ›
Stay In The Know
Sign up to the Virgin Australia Supercars Championship Newsletter
This website uses cookies to improve your user experience. By continuing, you will be providing your consent to our use of cookies.Ok