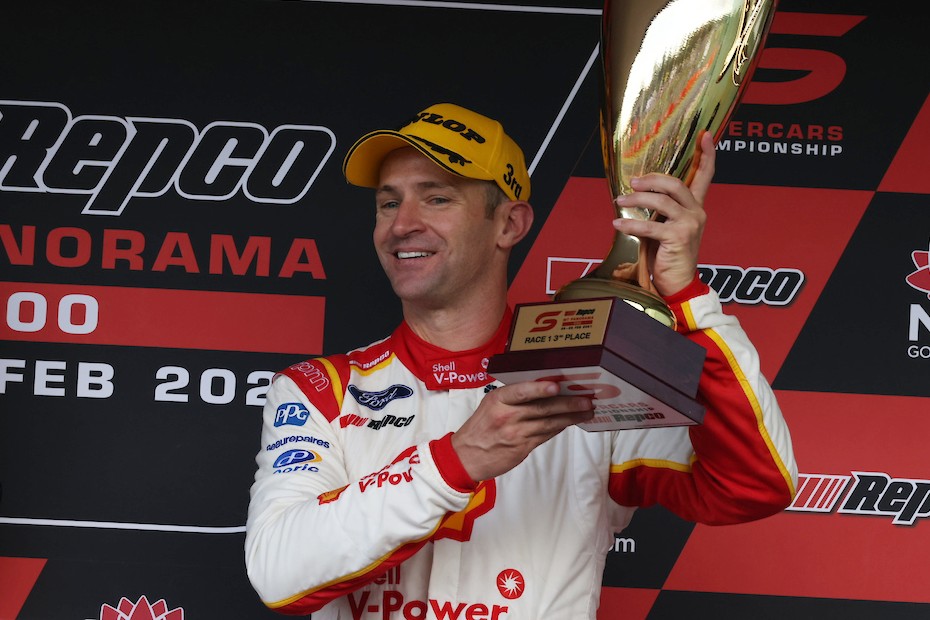 Will Davison was delighted to clinch a podium in his Dick Johnson Racing return amid a mixed day for the team.

Davison raced to third in the season opener at the Repco Mt Panorama 500, with Shane van Gisbergen winning the race.

Two-time Bathurst 1000 winner Davison defied a racy Tim Slade towards the end, with the latter sensationally crashing out of the race in the closing laps.

Only a win would have been a better result for Davison, who was left without a drive after his 23Red Racing seat disappeared mid-season nearly 12 months ago.

"I'm stoked, personally," the 38-year-old said after the race.

"It's about shifting the mind. The team's champion, we've got high expectations.

"For me, for my first race, I'll absolutely take it.

"Sat on the coach watching these guys for most of last year, which wasn't much fun.

"I was hoping I wasn't too rusty; trying to get up to speed yesterday, lots to learn with this new car. 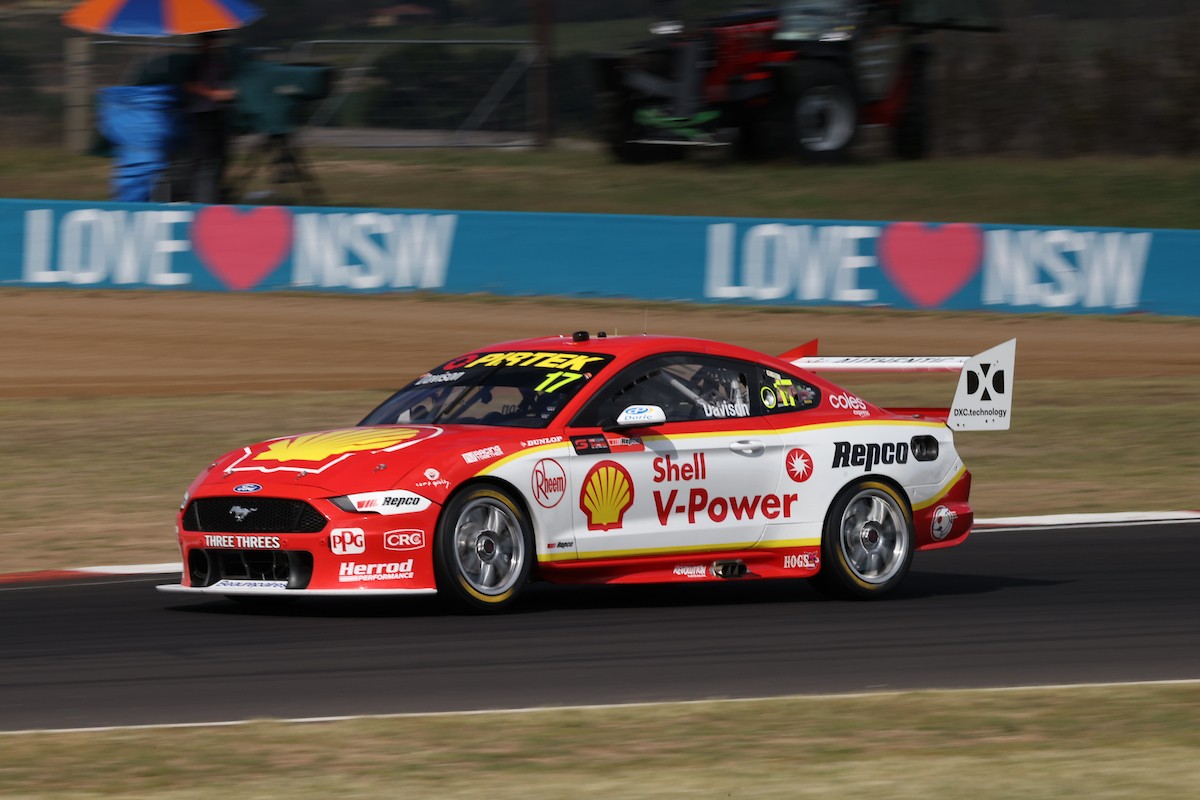 Davison's podium masked a shattering early accident for Anton De Pasquale, who crashed out of third in the early stanza of the race.

Asked how he felt driving past De Pasquale's damaged car, Davison admitted he was disappointed.

However, he defended his young teammate, saying De Pasquale had placed pressure on himself to deliver for his new team.

"We're both new to the team, but we couldn't have been welcomed in with more open arms," he explained.

"We both spent a lot of time the last few months together with the team.

"It's clearly a team effort, and at the end of the day, it's pretty disappointing for the guys.

"And for him. He's a young guy, big opportunity, he's going to be a star.

"I was gutted for him. I know he's put a lot of pressure on himself this weekend."