NRL star Corey Parker swapped the Steeden for a Supercar when he got behind the wheel at Queensland Raceway ahead of this weekend’s Coates Hire Ipswich SuperSprint.


The Brisbane Broncos captain made his first official appearance as a Supercars Ambassador alongside Chaz Mostert. The pair became friends after Mostert’s horrific crash at Bathurst last year and today Mostert took Parker for some laps around Queensland Raceway.

“As a sport it’s a great spectacle,” Parker said. “I find myself very fortunate to be part of the V8 family and I love to get out and see what it’s all about. In the last few years I’ve also become good friends with a lot of drivers.”

Mostert is still to win a race in 2016 and is hoping he can break through this weekend in what is one of the mostly hotly contested seasons in many years with 10 different winners from the first 15 races.

“When I banged myself up pretty badly last year Corey hooked up on social media and gave me some advice to get myself through the tough time I was going through,” Mostert said.

“I 100 per cent respected that and at the same I am a Broncos fan and a Corey Parker fan.”


Ironwoman Courtney Hancock also made an appearance as drivers gathered at the Coates Hire Community Day ahead of tomorrow’s first practice session. 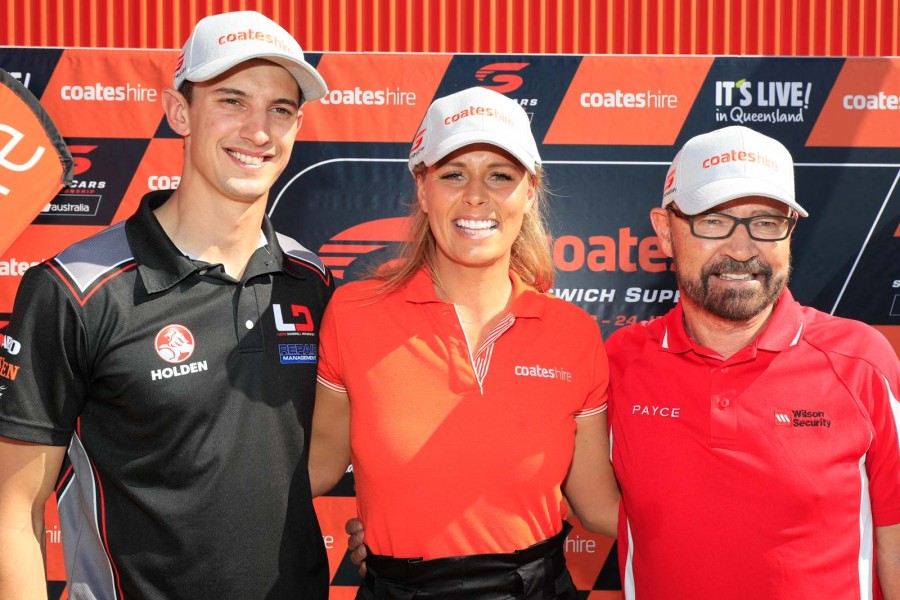 Jamie Whincup will be aiming to become just the second driver behind Craig Lowndes to bring up 100 races wins this weekend. Reigning Champion Mark Winterbottom will also celebrate his 400th race start as he looks to keep the pressure on Whincup and his teammate Shane van Gisbergen.

The Coates Hire Ipswich SuperSprint will begin tomorrow Friday, July 22 and will broadcast live and ad free on Fox Sports, along with highlights packages on Network Ten, ONE and WIN in regional areas. Check local guides for details.