‘Comfortable’ Waters getting what he wants in Townsville 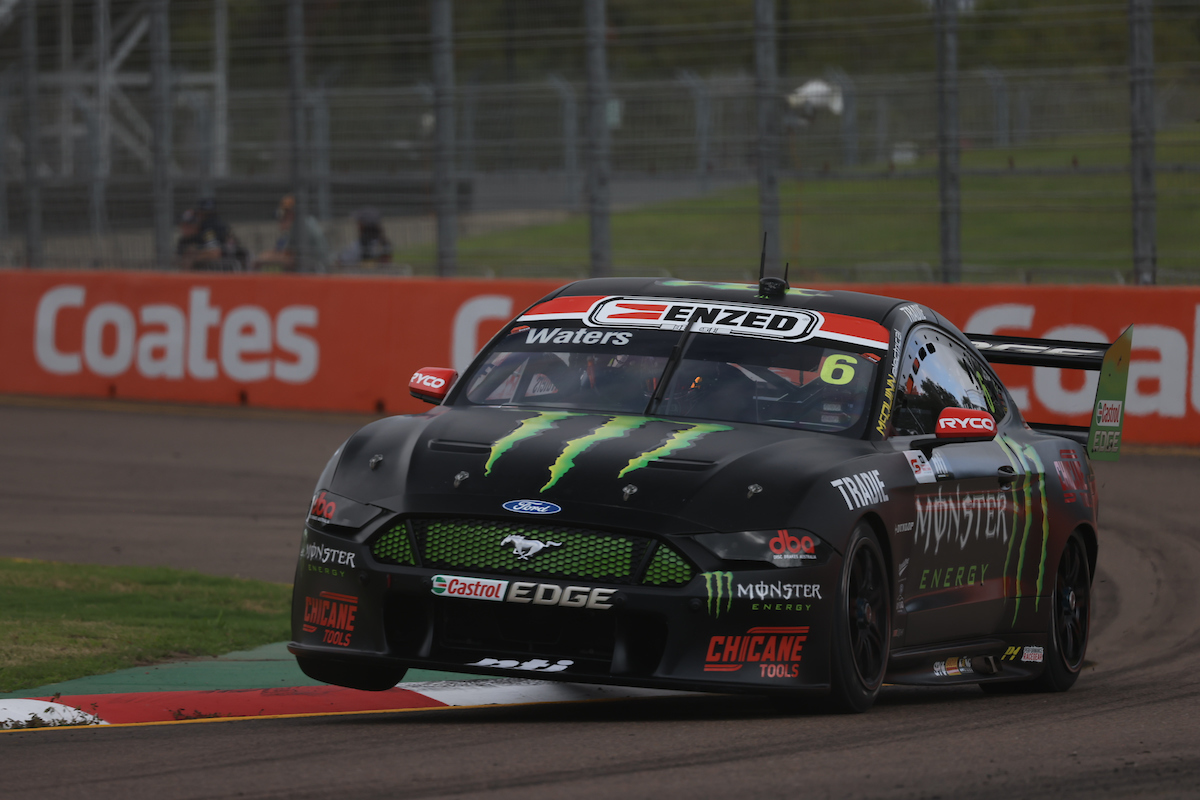 Cameron Waters cut a "comfortable" figure after Friday practice at the NTI Townsville 500.

The Tickford Racing driver backed up seventh in Practice 1 with third in the afternoon session, which he led for the balance of the 40-minute hit out.

Waters is one of the form drivers at the Reid Park Street Circuit; he claimed a pole and a podium in 2019, and recorded three more podiums last year.

While he again trailed series leader Shane van Gisbergen, who set the fastest time, Waters was pleased to feel comfort in his Monster Energy Mustang following a topsy turvy weekend in Darwin.

Waters scored a podium in the Hidden Valley opener, but remained fifth in the standings after Sunday finishes of seventh and eighth.

The 27-year-old is just 76 points adrift of second-placed Jamie Whincup, with Chaz Mostert and Will Davison sandwiched in between.

With 150 points up for grabs for each Townsville win this weekend, Waters is eyeing the “last little bit” to return to the top step for the first time since Tailem Bend.

"We threw a lot at the car today, trying to learn a few things," he said.

"Particularly after Darwin it’s good to bounce back and feel comfortable in the car, and it’s giving me what I want from it.

"You can always make it a little bit better, so we’ll go through everything we did today and find that last little bit." It was a day of learning up and down the lane, with Waters and van Gisbergen both admitting the tyre degradation level came as a surprise.

"Hopefully we can get on the data and make the cars a little bit nicer tomorrow, and have JC up there as well."

Cars will roll out for ARMOR ALL Qualifying on Saturday morning at 11:15am AEST.