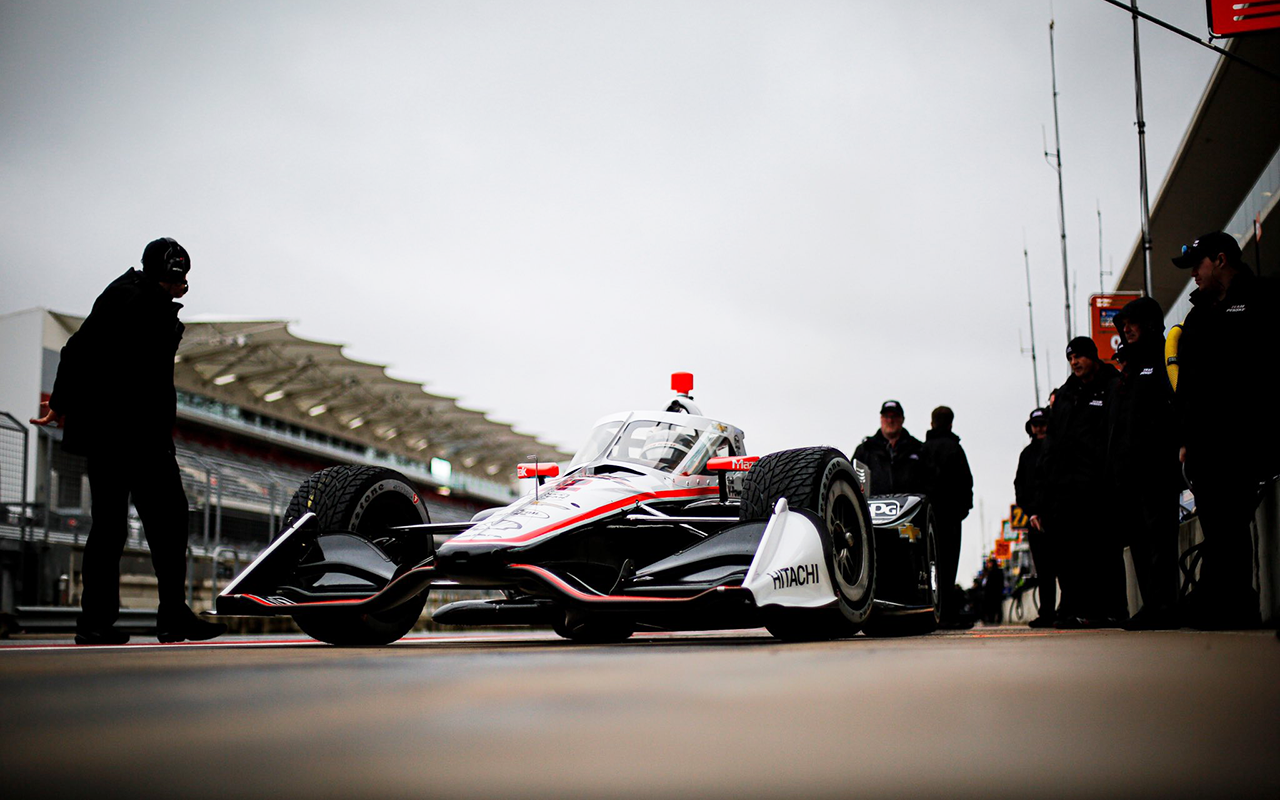 Scott McLaughlin’s first official appearance as an IndyCar driver at the Circuit of the Americas on Tuesday was a brief one.

After a private test at Sebring in January, McLaughlin is running at the full-field open test in Austin, Texas, preparing for his race debut at the Indianapolis road course in May.

However, he only cut a handful of laps on the first of two days of testing due to cold and wet conditions, which spelt a premature end to the day for all runners.

“I woke up today like it was Christmas and I haven’t been able to open my presents. That is how I’m feeling right about now,” said the two-time Supercars champion.

“But look, I still got a chance to go out there and have a feel. The team got an idea of the [new for 2020] windscreen with the rain and all of that.

“Unfortunately, it was just too cold with the tyre. Firestone and IndyCar made the call we should just wait.

“We didn’t get as much running as we wanted, but it looks to be better tomorrow now.”

McLaughlin flew to the United States last week to prepare for the test, spending more time on Team Penske’s simulator as he continues to adjust to the open-wheel machinery.

“It was good to do a lap and just get a feel for the track, but it’s very similar to what I’ve been doing on the simulator,” he added.

“The simulator has been a massive tool, so I feel right at home. I’m excited for tomorrow if it stays dry.”

The 26-year-old has not raced an open-wheeler since a brief stint in Formula Ford 10 years ago; a far cry from the near 700bhp IndyCar.