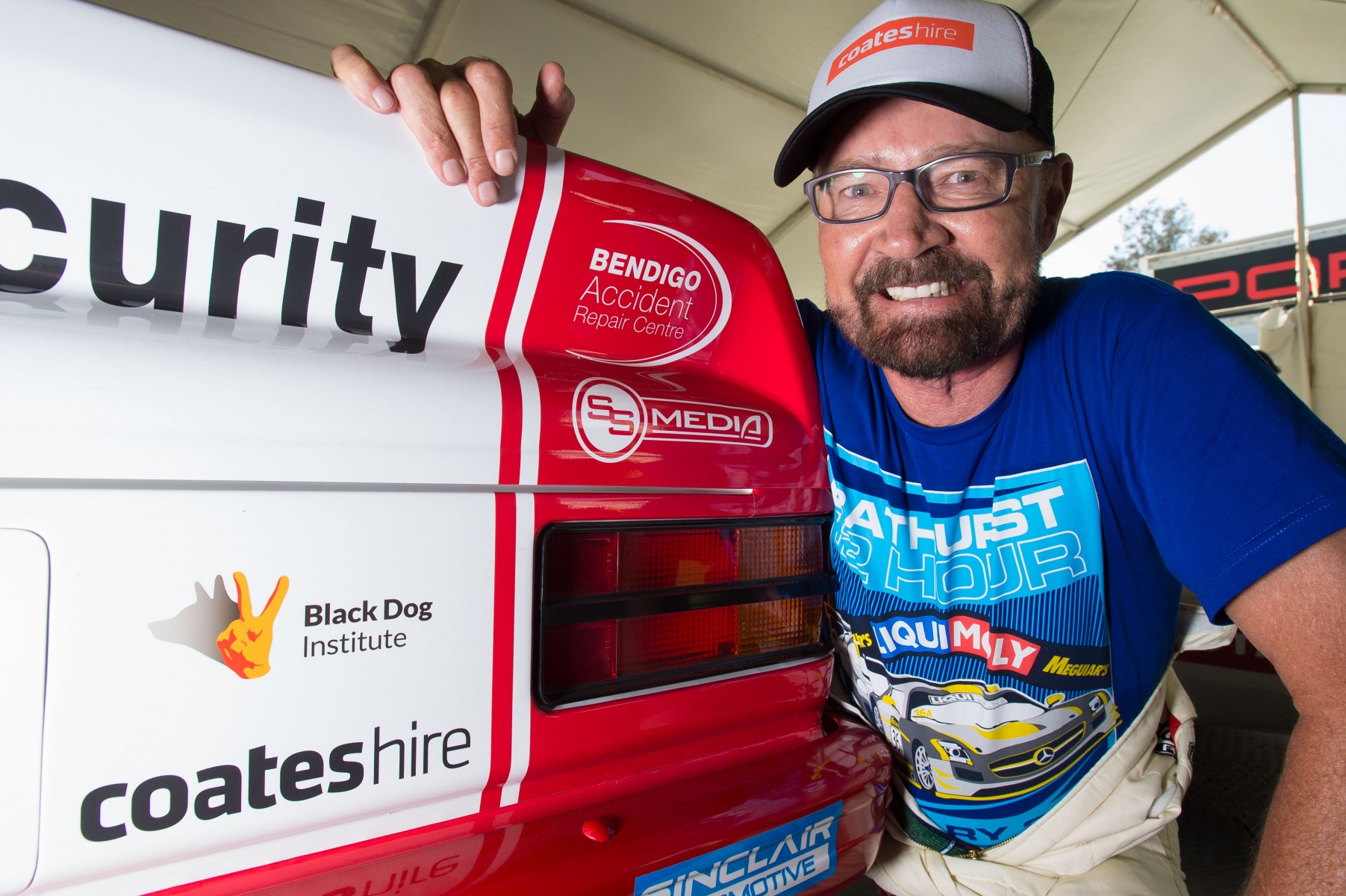 Coates Hire has thrown its support behind the Black Dog Institute in a bid to help tackle the silent killer affecting one in two Australians.

Mental illnesses such as depression and anxiety are becoming a huge issue in Australia, impacting people at home and at work. As Australia’s largest equipment hire company, this issue is particularly pertinent to Coates Hire, which services a large division of Australians that suffer in silence – males and construction workers.

Bowe dealt with symptoms that almost ended fatally in his last year of professional driving and still has an ongoing battle on his hands with mental illness.

“My last year of V8 Supercar driving was in 2007 and I was really determined to enjoy my last year, but as it turned out, by the end of the season I was suicidal so it was terribly difficult to go through the racing,” Bowe said.

“Looking back I’ve suffered from it for 25 years in silence, but it came to a head when I retired form V8 Supercars so I went through a lot of mental trauma not knowing what I wanted to do.

“So I sought help, but not before getting in a really bad way before I did and that’s when I decided to tell everyone that I was having trouble."

To actively support the cause, Coates hire donated $2 for every hire made in December to the Black Dog Institute, raising $71,162.

World leaders in the diagnosis, treatment and prevention of depression, bipolar disorder and suicide, the Black Dog Institute conducts research to get to the bottom of issues surrounding poor mental illness, especially on how to remove the negative stigma associated with it.

Whilst the research is beneficial, it currently paints a frightening picture for men in Australia.

“The stats are really scary and for me 28 per cent of men not speaking up is a really big societal issue. That’s why I’m so passionate about telling my story. If I can encourage more people to seek help then hopefully they don’t have to suffer in silence like I did for so long,” Bowe said.

“It’s everywhere – it’s not just sporting people, it’s tradies, it’s house wives, it’s everyone and honestly I admire Coates Hire for doing this because it means so much to me that they support a cause that’s close to my heart.

“I really have sympathy for people suffering and I encourage people to take the first step and go see their GP."

Coates Hire CEO Michael Byrne believes it’s incredibly important for Coates Hire to help care for people in the community, especially with issues like mental illness that can have such a large effect on not just the individual but everybody around them.

“We think the work done by the Black Dog Institute is vital to tackling the issues around mental illness and it’s going to help us educate our customers and employees who might be struggling with mental health issues or know someone who is,” Byrne said.

“This is the beginning of a fantastic relationship between Coates Hire and the Black Dog Institute. It’s incredibly important to us and our ambassadors in both John Bowe but also young V8 Supercar driver Nick Percat,” he said.

Current V8 Supercars driver Nick Percat has also dealt with adversity after a close family-friend committed suicide. This led to Percat's involvement as an ambassador for Black Dog – raising awareness with a Black Dog logo placed on his race helmet.

Both drivers race this weekend at the Clipsal 500, with Bowe competing in the Touring Car Masters for the season.