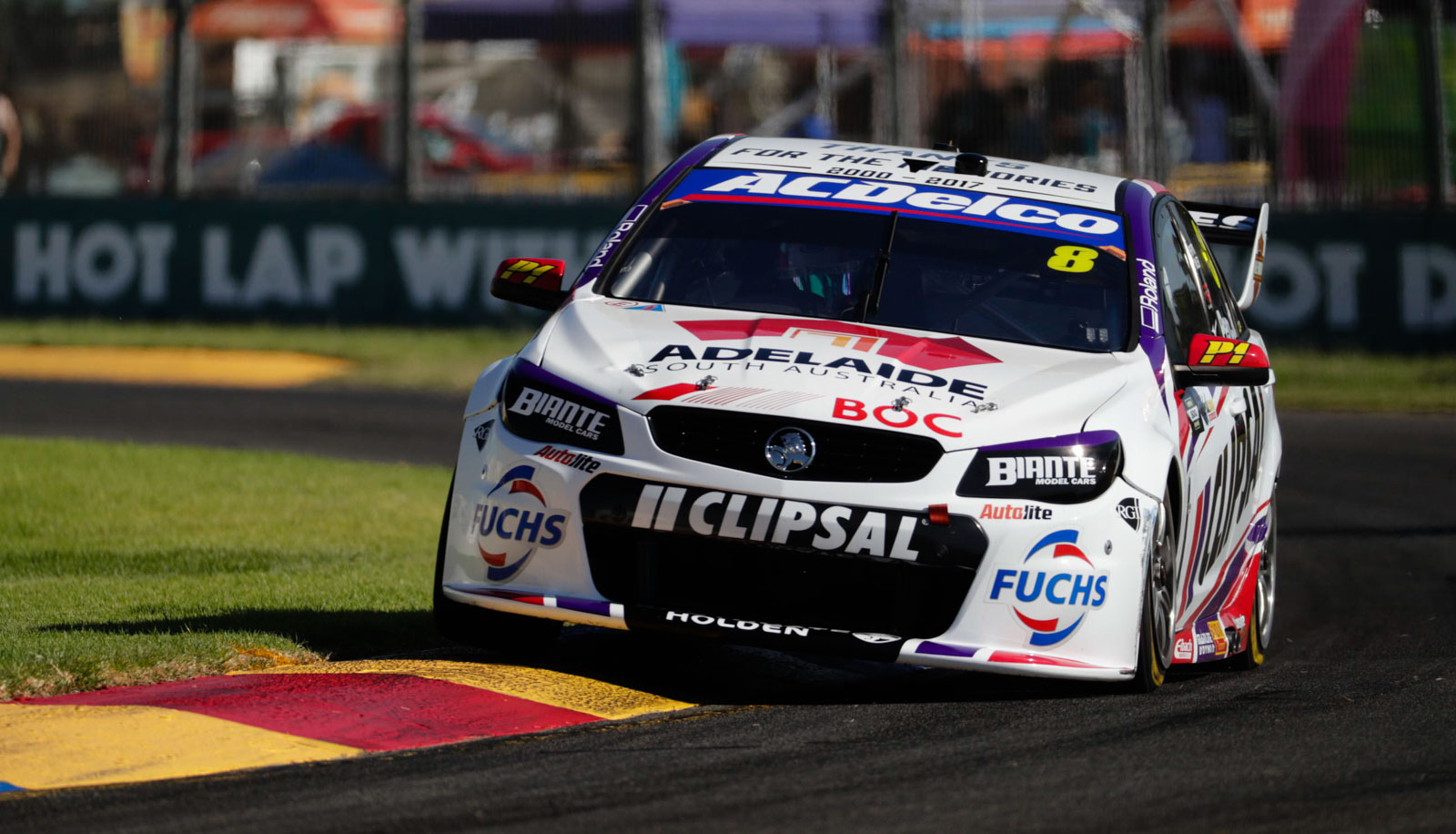 New Brad Jones Racing recruit Nick Percat says a tough debut with the squad at the Clipsal 500 hasn’t diminished his optimism for the 2017 season.

Percat remains highly encouraged by the potential in his BJR Commodore after two up and down seasons at Lucas Dumbrell Motorsport.

The 28-year-old qualified sixth for Sunday's race before crashing out at Turn 8 on the opening lap.

His Saturday had earlier included an awkward clash with new team-mate Tim Slade, but the South Australian says he took more from the weekend than the results suggest.

“I think it was definitely more positive than negative,” he told Supercars.com.

“It’s a really good team environment and a good crew of guys there.

“It’s pretty fun to go racing with them to be honest. They’re there to do a serious job but everyone gets on so well.

“As a driver it makes it extremely easy to slot in and feel like you’ve been there for years.

“I feel more welcome in this team and supported than I have in my whole career, since my Sonic Formula Ford days.

“For me it’s refreshing to have a good team and a really good car you can do what you want with.

"It’s rewarding and it makes me crave getting back in it and getting to the Grand Prix.”

Percat added adapting to the intricacies of the BJR-spec Commodore will take time despite his impressive pace out of the box.

“It’s enjoyable to drive, and when you drive it you’re not always on eggshells,” he said.

“Even when the car’s balance wasn’t great, we were still inside the top 10.

“For me, that’s something I’ve missed for a few years now.

“The car is a lot different to what Walkinshaw Racing’s was when I was last in one of theirs.

“And it’s a lot different to the LDM car which is an early Triple Eight Next Generation style.

“The driving style is different. We used different parts of the track that I have used in any race car so that took time to get used to.

“I think I’m just extremely lucky to drive the car because it is quite good.

“The more time I sit in it, the better I’m going to go. If we keep moving forward we’ll be quite good.”

Percat explained he has transitioned smoothly with new engineer Paul Scalzo and that the upcoming races at Albert Park will be an opportunity for crucial seat time after the Sunday retirement and an early end to his pre-season test at Sydney Motorsport Park.

“I get on really well with my engineer, Paul Scalzo,” he continued.

“There’s a lot in the way Brad and Kim run the team that when I go up and stay in Albury, I stay at his place. There’s nothing forced about it, we just get on really well.

“It’s good to have an engineer where I fill in my track map, hand it to him, we talk about it and you come back and he’s made the decisions, made the changes and backed himself.

“Every time we made a change it was good a step forward and the more he understood my driving style, the easier it was for him to understand what changes we needed to go faster.

“That was the most frustrating thing about Sunday, I missed those crucial laps at race pace to see what it’s like over a stint.

“We’ve got the whole grand prix and at least I wasn’t battling for 20th and crashing. We were in the top 10 and the car was fast and showed promise.

“I think for my side; we’ll be using it as another opportunity to get comfortable in it and get up to speed in it.

“I’ll be looking for some strong results again and for me I don’t want to go there and be testing.”