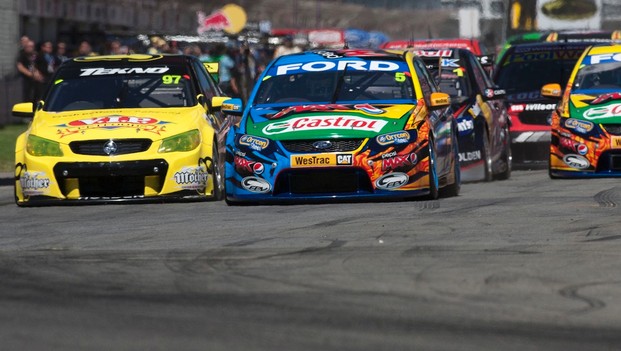 The 2013 Clipsal 500 injected more money into the South Australian economy than everbefore with independent economic research showing an 8.8 percent increase on 2012 attendances.

Tourism Minister Leon Bignell said this year’s event provided a $36.6 million economic benefitto the South Australian economy, with an increase of almost 3000 interstate and overseasvisitors on the previous year’s event.

“The significant rise in interstate and international visitors provided a real boost to our hotels,restaurants and other service providers,” Mr Bignell said.

“The research also shows that 90 percent of these visitors were likely to come to the event again andwould recommend it to their friends.

“The Clipsal 500 Adelaide is South Australia’s largest annual ticketed sporting event and SouthAustralians continue to show strong support for it with an estimated 80,000 locals attending in2013.

“One of the great things about the Clipsal 500 Adelaide is that it adds diversity to the MadMarch program, capturing an audience that may not necessarily attend arts-focussed eventssuch as WOMADelaide or the Fringe.”

“The addition of Mercedes and Nissan to the traditional head-to-head battle of Ford andHolden was a huge success, as were performances by Kiss, Mtley Cre and hometownfavourites the Hilltop Hoods."

17/06/2013
Related Content
2013 Clipsal 500 Adelaide  ›
Stay In The Know
Sign up to the Virgin Australia Supercars Championship Newsletter
We use cookies to ensure that we give you the best experience on our website. If you continue to use this site we will assume that you are happy with it.Ok