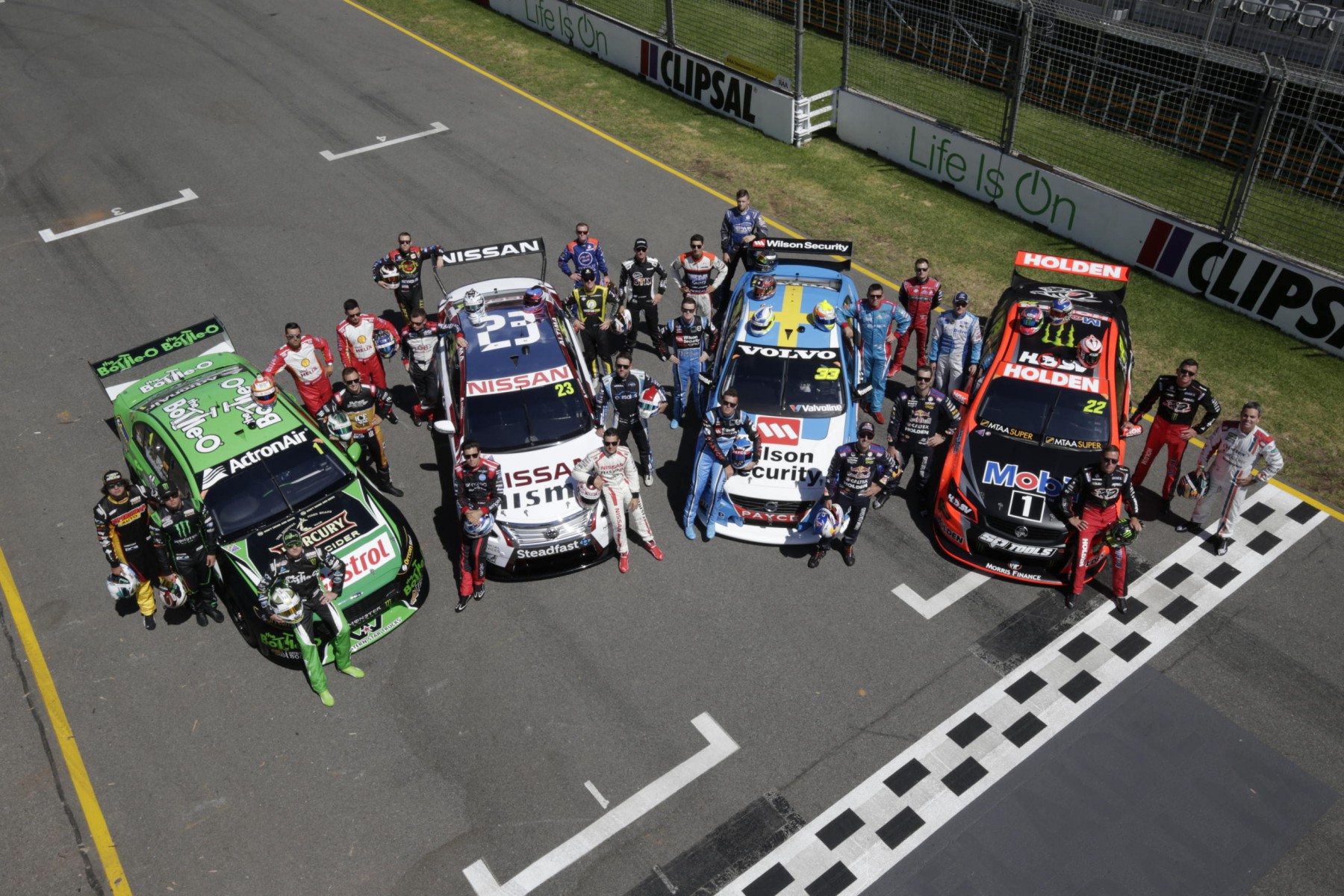 The grid for 2016 is set, with all drivers in Adelaide preparing for the season opening Clipsal 500.

More than half of the drivers in the field are in new teams or cars this year, raising plenty of questions ahead of the first round.

The grid has expanded to 26 cars, with Triple Eight expanding to three cars. That battle will be one to watch, with Jamie Whincup and Craig Lowndes shuffling for Shane van Gisbergen.

Winterbottom has the #1 on his newly branded Bottle-O Ford Falcon FG X after a stellar 2015 and will be leading the charge at the Adelaide street circuit this weekend.

It’s a place he is yet to conquer, having stood on the podium in previous years but never the top step.

Winterbottom has the belief he can successfully defend the title, and knows he needs to play the long game and minimise errors this year.

“Last year I tried to just win the rounds I was good at and then survive the ones I wasn’t,” he told v8supercars.com.

“Previously I’ve tried to push for a second place when the car probably had a third in it – and you make mistakes and pay the price.

“So I think you learn from what works for you and what doesn’t.”

It’s about backing up wins at circuits he performed well at last year, and improving on those that weren’t his best point scorers.

“There’s some rounds you want to win every race, which is incredibly tough to do. But Clipsal last year we had a car that you think could finish fifth and that’s where you finish … you pick your rounds that you’re good at and survive the ones you need to. It’s hard to do because in the moment the driver will always drive the wheels off the car, but it’s not always a good thing.”

Fan favourite Craig Lowndes finished the year in second place, taking the fight to Winterbottom right up until the last round.

He'll be flying the flag for TeamVortex this year and after plenty of talk, is looking forward to hitting the track and racing.

“I’m looking forward to getting the season started – now we’re finally at Adelaide, standing in pit lane, the hype, the nerves and the excitement are all coming together,” he told v8supercars.com.au.

“It’s going to be exciting to finally see the cars on-track. Every team has had a test day, everyone’s boasting about how they’re going to be faster than everyone else but this weekend, once we get on track we’ll find out where we’re at.

“Of course, a new start for me – new team and new car – so an exciting weekend.”

The Clipsal 500 kicks off tomorrow with support categories including the Dunlop Series on-track.