Celebrating 500 V8 Supercars Championship events this weekend, champs turned commentators Russell Ingall and Mark Skaife found themselves face-to-face with a car that was part of one of the most controversial moments in the sport’s recent history.

The 2003 grand finale was one of the most explosive, with Ingall and Skaife tangling on track, resulting in the Holden Racing Team Commodore off-track and in the wall.

Skaife was racing for second in the Championship, behind Ingall’s then-teammate Marcos Ambrose when the cars came together. The Ford faithful say Ingall held his line, while the pack of lions is adamant ‘The Enforcer’ swerved and took aim.

A livid Skaife emerged from the car and shook his fist wildly at Ingall’s car when it came back around – and the then-Stone Brothers racer swerved towards Skaife, who took a step back.

The incident, of course, was investigated and both were handed large fines – but even 13 years later, it remains one of the most explosive moments on track in V8 Supercars history.

On the front straight at Phillip Island this morning, the memories came flooding back.

“2003 Eastern Creek with the infamous Skaife versus Ingall, Ingall versus Skaife incident – didn’t that get some media!” Ingall reflected, at the circuit where he won his championship back in 2005.

“It’s great to be standing next to this car. It was – I’m not sure. It was a special moment in history, not sure it was all that good.

Ingall said it was a “great honour” to be part of the 500 celebrations.

“Since I joined V8 Supercars from coming back from Europe in 1996 – it has been part of my career but also a big part of my life as well.

“It’s been a great journey, and it’s been great to see Champions like Whincup, Lowndes, all those legends.” 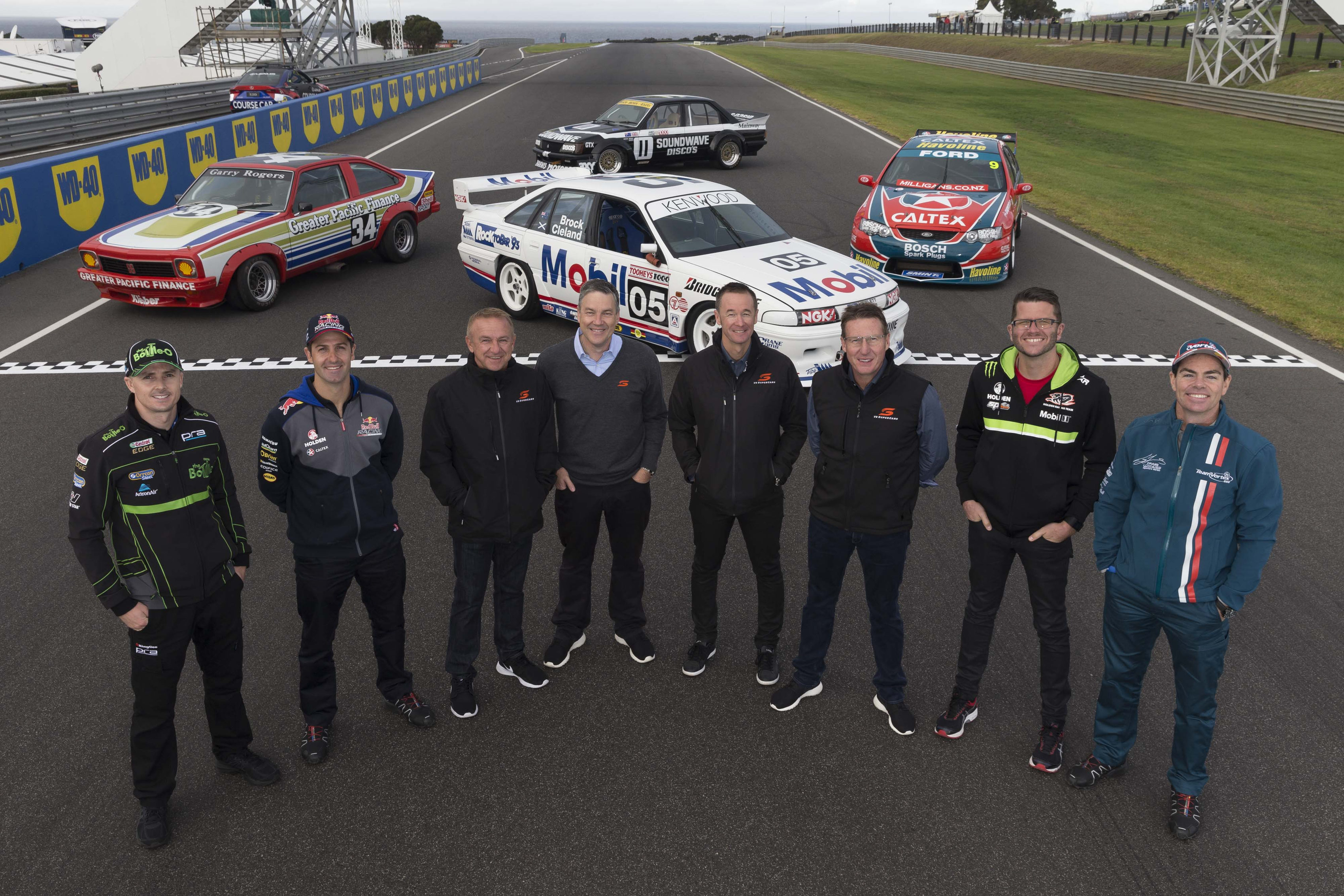 He acknowledged the late Peter Brock, and Dick Johnson, who is absent from the event this weekend.

“We can never forget the history of this sport, where it came from and that’s what I like about it – I like to see where it has been, where it’s going, but don’t forget the guys that also made it along the way.

“So it’s a very special moment being up here and especially at an iconic track at Phillip Island as well.”

Along with Ingall, Tander was also crowned champion at Phillip Island in 2007, while Whincup won the race that clinched the title here in 2014.

The V8 Supercars hit the track for practice at 11.30am local time today, ahead of qualifying and the 120km race at the WD-40 Phillip Island SuperSprint.