Clash of the titans: The ‘great’ heavyweight battle 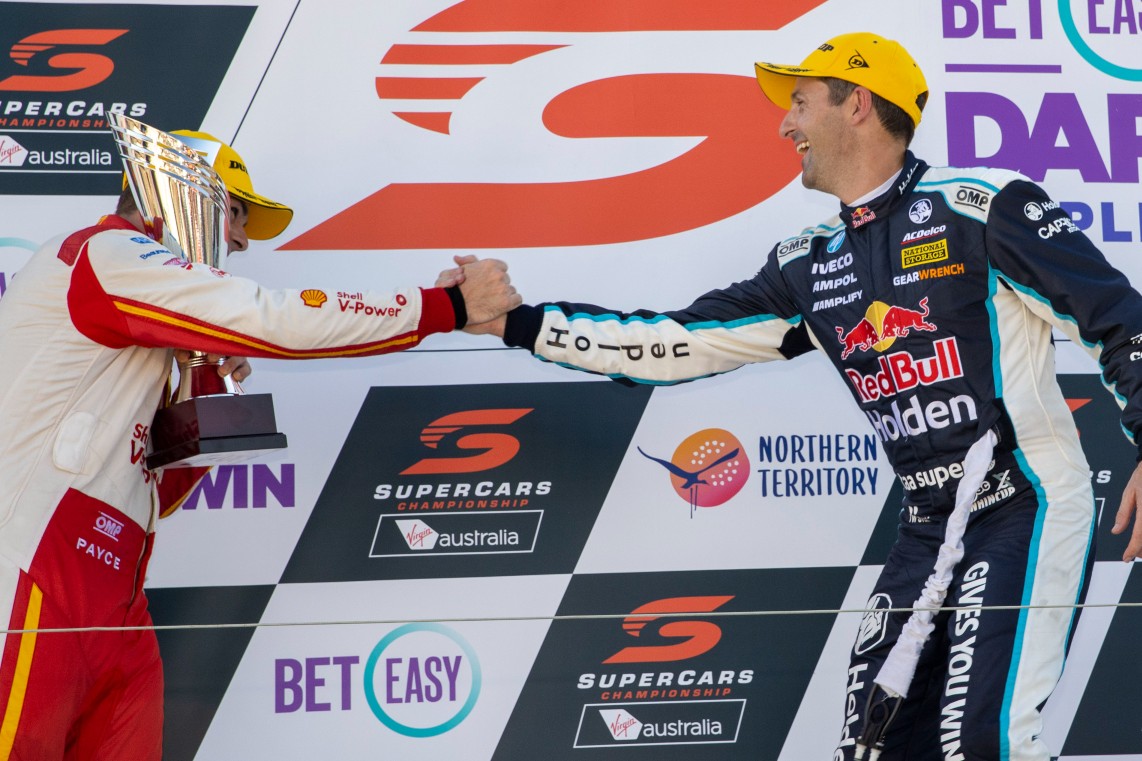 On this day 12 months ago, Jamie Whincup and Scott McLaughlin shared the spoils in two enthralling Darwin battles.

For so long, Whincup and McLaughlin were joined at the hip in Supercars battles, the latter having the last laugh with three straight titles between 2018 and 2020.

In a rivalry which gained true momentum on the streets of Adelaide in 2014, Whincup and McLaughlin went toe-to-toe for the best part of a decade.

It’s hard to believe that at season’s end, neither driver will be preparing for a full-time Supercars assault in 2022.

On August 16 last year, Whincup turned the tables on McLaughlin to clinch victory in Race 15 of the 2020 season. 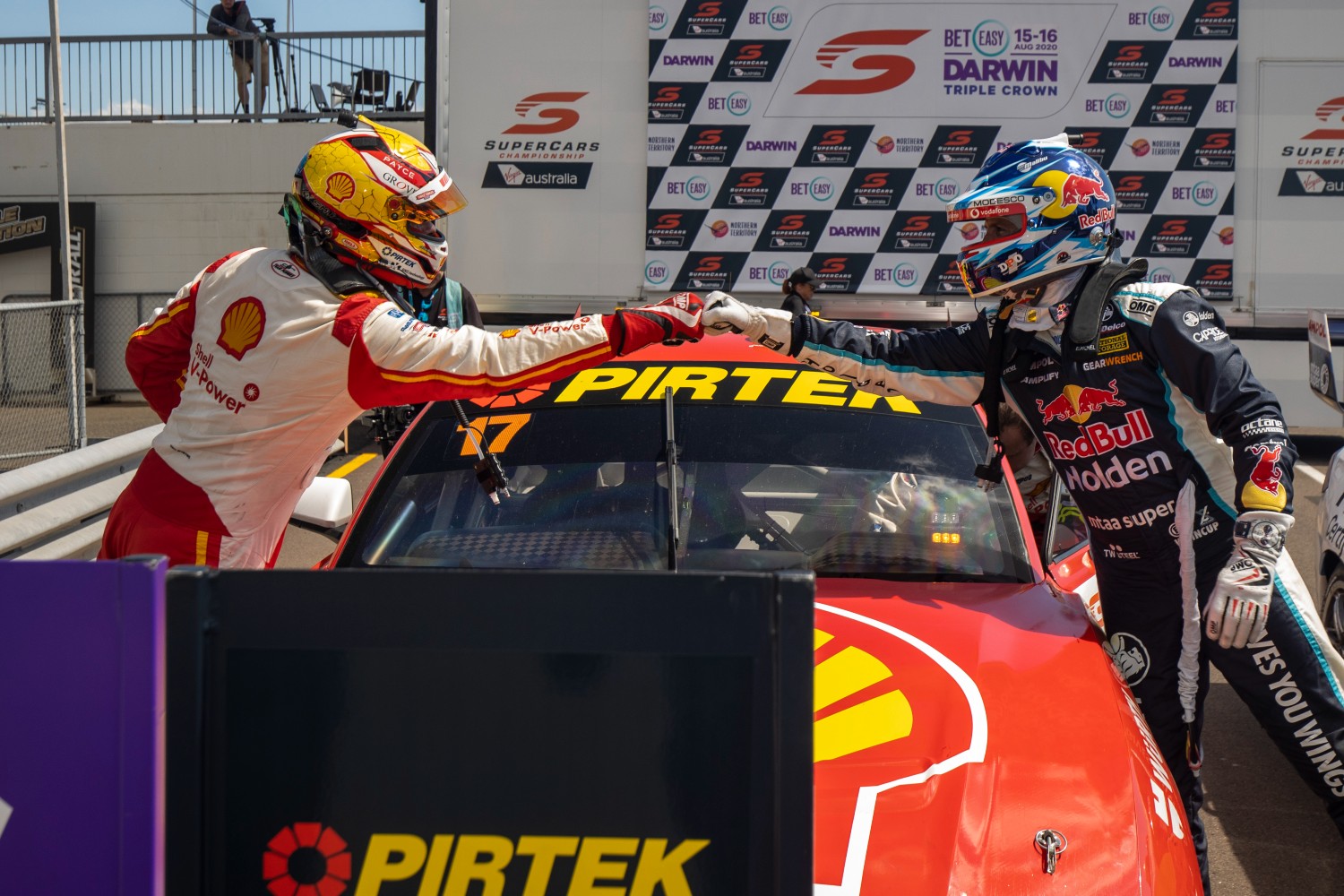 The two were joined at the hip on the Sunday

Earlier in the day, McLaughlin responded from his Saturday shocker with an emphatic two-second victory over Whincup.

“Sorry for yesterday but great to bounce back,” McLaughlin said.

“We got a bit lucky to get in front but I am really proud of all the guys.”

“It was a great start from Fabs,” McLaughlin said.

“It was like the best start I had done for a long time and he just absolutely smashed me.

“I did a big in-lap and the boys’ pitstop was amazing. We got in front and then I saw Fabs run wide so I got a bit lucky there.”

Whincup’s weekend began with a practice prang, the #88 Commodore finding the wall backwards.

It didn’t get much better on Saturday, with Whincup penalised for a pit lane drama. He crossed the line third, but was classified 17th.

McLaughlin was 20th, having been penalised for a Safety Car restart breach.

The drama enabled Anton De Pasquale to claim his maiden race win, with James Courtney and Scott Pye rounding out the podium.

The final race of the weekend saw Whincup jump McLaughlin with an earlier compulsory pit stop before managing to keep the series leader behind.

The win helped Whincup claim round honours and, for the first time, the Darwin Triple Crown. 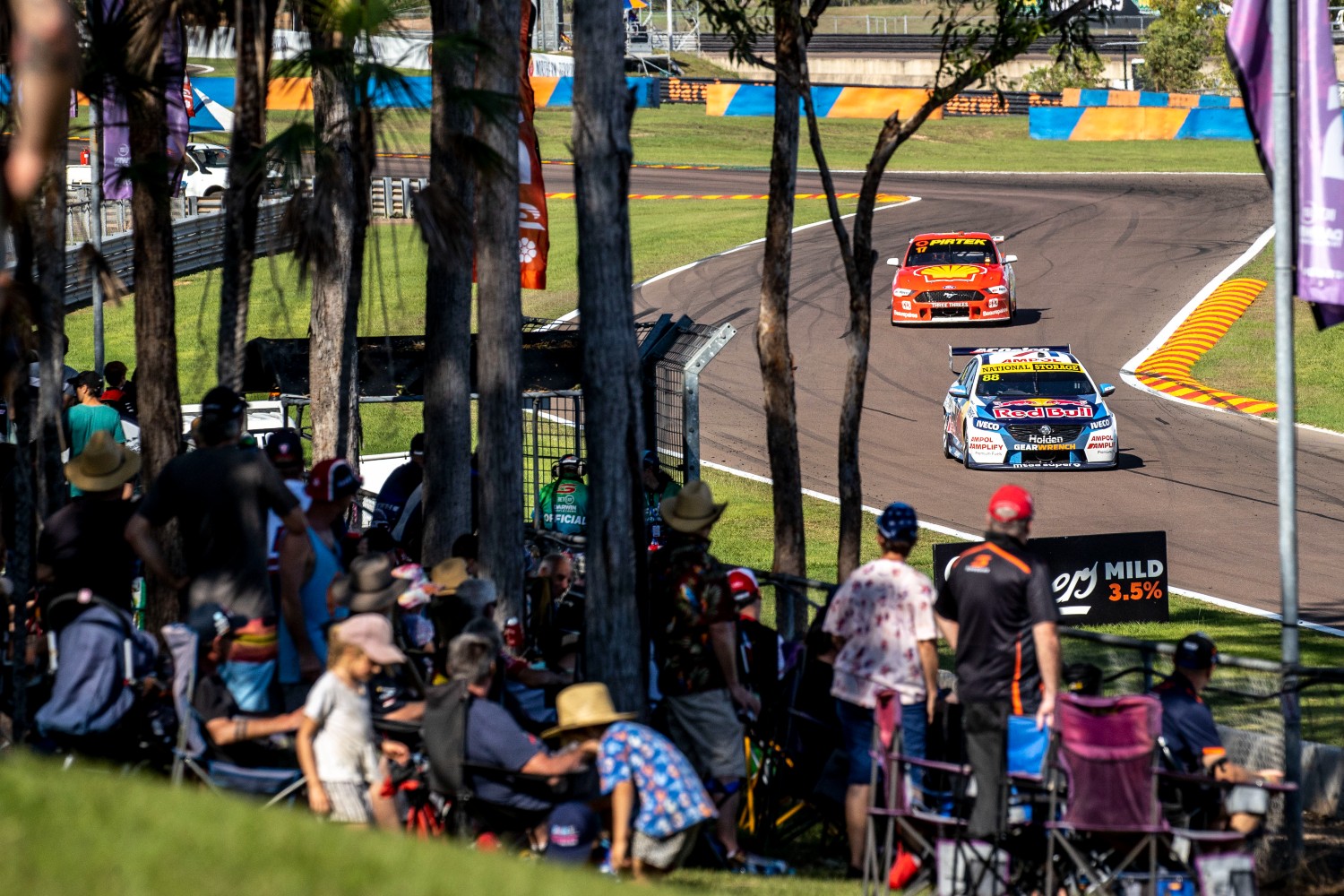 It was a straight fight between the top two, who to date, share a staggering 179 race wins.

Each driver used the best of their remaining soft tyres for the 38-lap, two-stint race.

Pole man McLaughlin won the start and led Whincup into Turn 1, before the latter pitted on lap 5.

Whincup nearly encountered drama in the lane for the second time in as many days, this time Coulthard being forced to prop and let Whincup out.

Conscious of the undercut, McLaughlin was brought in on the following lap. The Shell Mustang emerged ahead, but was powerless to prevent Whincup steaming down the inside.

It was a forceful move, one of the ilk of a driver who was eyeing an unprecedented eighth series title.

Try as he might, McLaughlin couldn’t go with Whincup, who took victory by 2.1s.

It would be Whincup’s final race win at Hidden Valley, with the seven-time champion missing out at the following event, and the 2021 visit earlier this year.

“That was a great battle,” said Whincup. 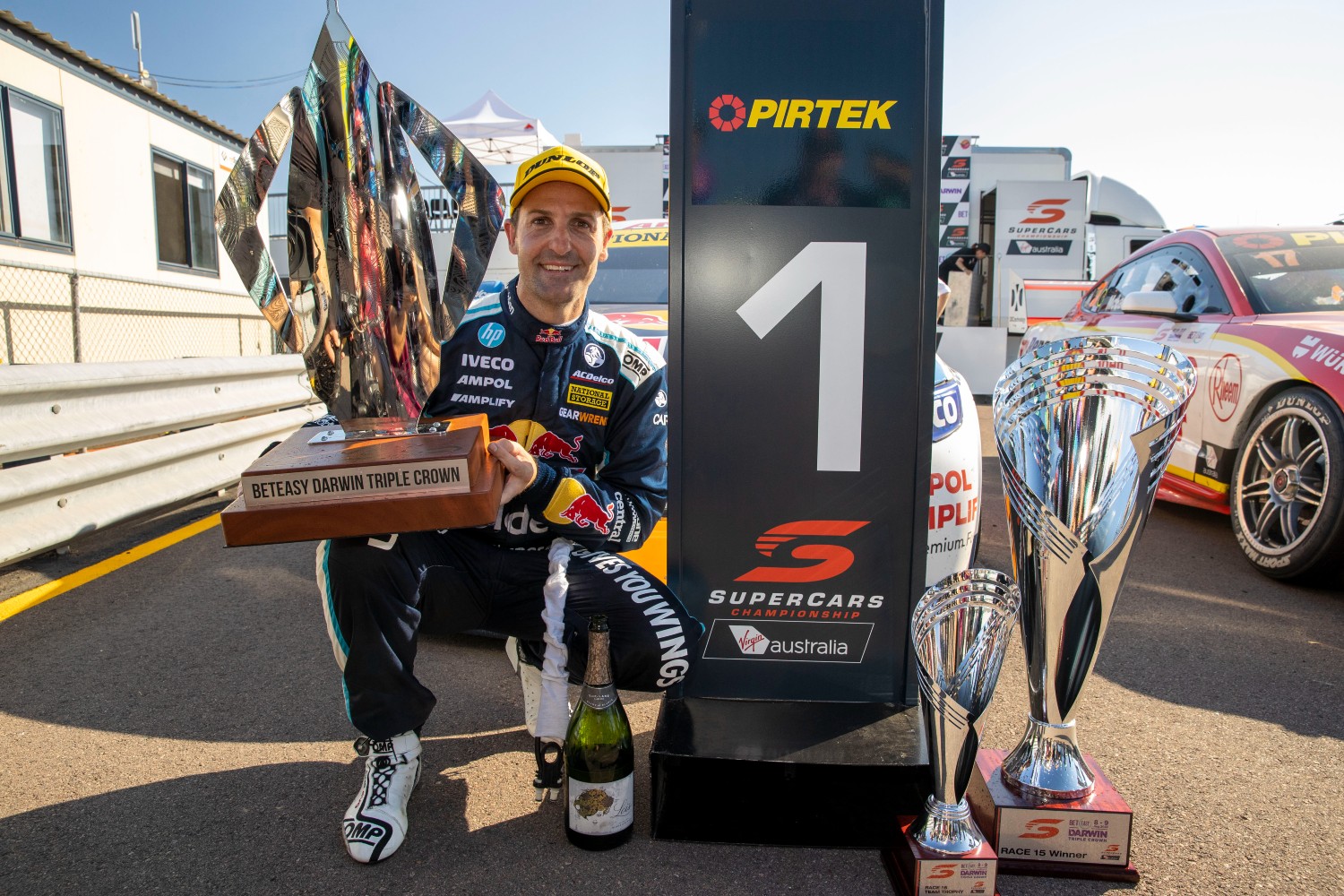 'I thought after the penalty yesterday we were done and dusted'

“That reminded me of the old 2017/18 days where we were going head-to-head with these boys.

“We just kept chipping away at the car all weekend and made it fastest for race three.

“I thought after the penalty yesterday we were done and dusted for the Triple Crown but fantastic to have a great day and get right up there.”

McLaughlin’s lead over Whincup had been slashed to 101 points, with the Shell V-Power Racing Team heading the Triple Eight squad by just 30 points.

The 2021 Repco Supercars Championship will recommence at Winton Motor Raceway on October 2-3.