He was victorious there last year and nabbed the Championship lead after winning in 2010 – James Courtney is looking forward to getting on-track at Winton, a circuit that has been both rewarding and frustrating in the past.

“It’s been good, we had a really good shootout lap there one year with DJR – it’s been quite good to me but it’s been quite punishing at times,” the Holden Racing Team pilot said of the Victorian circuit.

“I remember with SBR (Stone Brothers Racing, now Erebus) it was always a bit of a nightmare there at times.

“But it’s been good, happy memories from last year. So looking forward to getting back there… As a team, the car’s a million times better than it was this time last year.”

Courtney talked v8supercars.com.au through a lap around the 3km, clockwise Winton Raceway – with some input from the peanut gallery.

FYI, he didn’t want to look at a track map for this one. 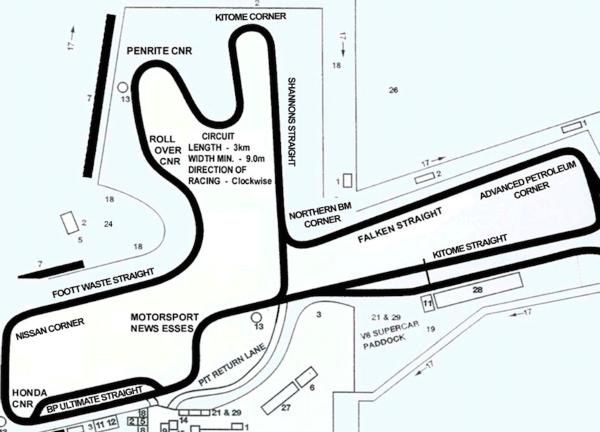 “The top gear we use at Winton, we don’t get into sixth, so on the main straight we’re up in fifth,” Courtney began.

“Into turn one it’s really quite bumpy. It’s a chicane, it’s a tricky little corner actually.

“Tip into one, back to third as you tip in there the track falls away slightly, so it’s quite easy to snag the front. A lot of guys use quite a bit of kerb there, but then to get the car settled, rotated and turned back to the right it’s really quite tricky in that short period of time to get the car settled for a good clean exit up the hill. 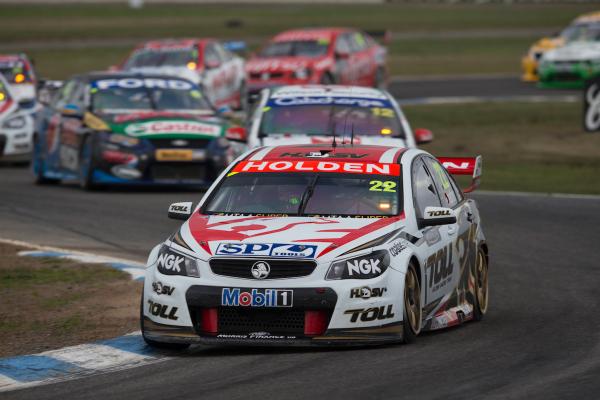 “Up to fourth up the hill, then back to third for turn three – again you fall into the camber but (there's) a little bit of banking into turn three, so you an use that to your advantage to help the front get in. As you come out, you sort of start to go down the hill into fourth.

“You hold third gear, into fourth, and then as you come out of four it’s really quite good.

“The kerb on the exit you can use... so you can sort of slide it up onto it and it’ll grip up.

“Up into fifth on the limiter tipping in, hopefully if the engine’s good, tip into ‘The Sweeper’, which is really quite tricky as you hook in there.

“I don’t know if we change gears there – leave it in fifth?” Courtney asks Nick Percat, who’s next to him, and Tim Slade, who is having a massage at the other end of the transporter.

“That’s how much I know what’s going on, it’s scary really!” he continues.

“You fire around, it’s quite bumpy and tricky to keep the car settled for that long period of time.

“The car always wants to, late in the corner, settle in the rear and push the front on. The tricky thing on the exit of the long sweeper is you have that change of direction…”

Slade calls out: “Do you go to fifth in the sweeper?”

JC: “Fourth. We go back to fourth? I thought as much…”

TS: “Fourth on the limiter on the exit. Leave it in fourth.”

JC: “Ok. It’s fourth on the limiter. Hook in there fighting it, over the left kerb, over the right kerb.”

Courtney makes exaggerated turning gestures with his hands, others laugh. ‘She’s a Maniac’ starts playing in the background.

JC: “And then you’ve got to try and settle it for turn nine is it?”

JC: “‘Penrite’, as Sladey’s chipping in... And it’s easy to drag the front in there... it wants to lock the front all the way in there. It’s probably one of the slowest corners on the circuit. That and turn 11. No?”

JC: “This is turn seven. Then you go through ‘the tree’, trying in our races to look after our tyres in this through this right-left-right section, it’s quite demanding.

“You load second so it’s easy to burn the rear tyre up. So being quite gentle through nine, is the slowest corner on the track for us. You have to try and get the car rotated and settled and get the drive out of there because it’s quite a good long run down into 10.

“At 10, you can brake quite late, turn in on the exit. The kerb is really unforgiving so you can’t really use the kerb on exit, but it tricks you and sometimes it looks like you can – but you can’t.

“Then up into the last two corners, they’re both right handers. Really bumpy into the first one, very, very bumpy in between the two and off. It’s probably the bumpiest part of the circuit and it’s easy to ruin your lap there. But it’s also easy to make up quite a bit of time.

“It’s a lot of turns in a short period of time and really quite bumpy and patchy, a lot of surface change but it’s a good little rewarding lap when you get it right. 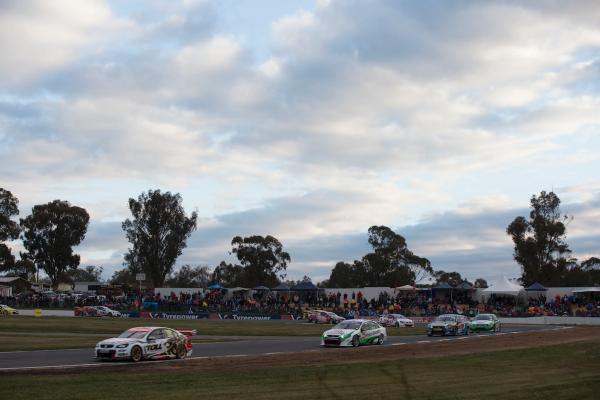 JC: “You can pass into three, and into seven as well. There’s quite a few little places, especially when the tyres are going off, and if yours are hanging in you can get in and around. It gets quite dirty round the sweeper throughout the race with the soft tyre debris, but it's good fun.”

Courtney sits fourth in the Championship standings, 103 points behind leader Craig Lowndes – can he nab another victory at Winton Raceway this weekend?

Tickets are available for the Winton 400, beginning Friday, now.

John Bowe: Red Bull up, even when chips are down

Legends behind the wheel for Bathurst

James Courtney  ›
15' Holden Racing Team ›
2014 Winton 400  ›
Stay In The Know
Sign up to the Virgin Australia Supercars Championship Newsletter
We use cookies to ensure that we give you the best experience on our website. If you continue to use this site we will assume that you are happy with it.Ok