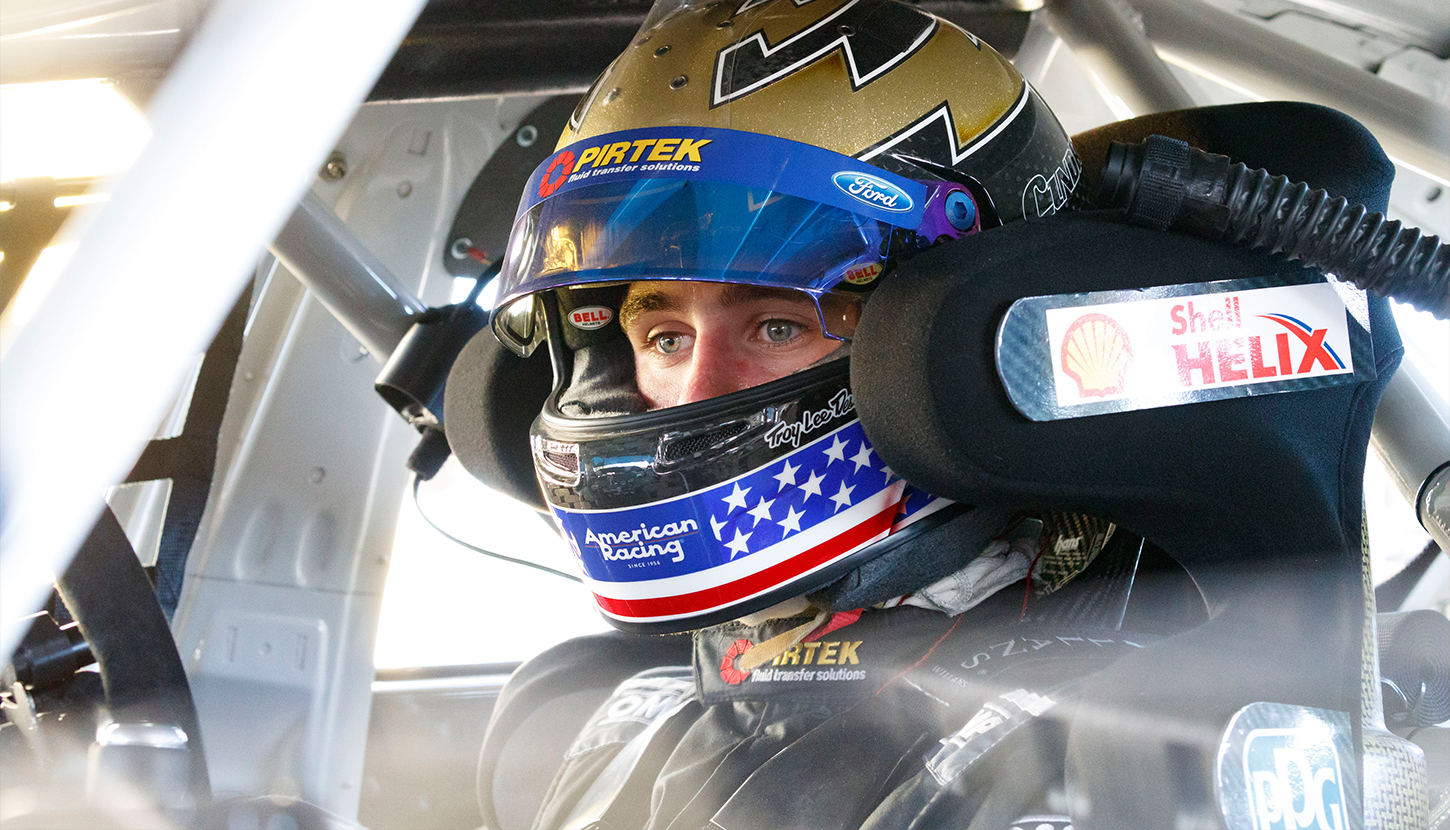 Austin Cindric enjoyed his outing in DJR Team Penske’s Ford Falcon FG X yesterday and impressed the team with his pace behind the wheel of a Supercar.

The 17-year old American driver – who juggles a busy schedule including the Pirelli World Challenge – had an evaluation day with the team at Queensland Raceway yesterday.

Son of Team Penske heavyweight Tim Cindric, Austin has long had an interest in V8 Supercars and is impressed by the closeness of the category.

He completed over 100 laps yesterday, while the team also shook down a new car for Scott Pye.

“There is no doubt in my mind that this would be a great car to drive at Bathurst and on the street circuits,” Cindric said.

“I have a huge respect for what Fabian and Scott [Coulthard and Pye] do in this series and how competitive it is.”

Cindric steered Coulthard’s #12 DJR Team Penske Falcon, with the primary driver recording a baseline time, which Cindric reportedly was around two-tenths behind.

“The Taubmans by PPG Ford was very good. A lot of horsepower, low grip and good brakes. It really rewards the driver when you get it right,” he said.

“It’s very hard to compare with other cars I have driven. I guess it is somewhere between a NASCAR and the GT3 car I am racing this year. The V8 Supercar is a big, heavy car and it does roll around quite a lot.”

The young gun arrived in Australian on Monday with Coulthard and Pye after the DJR Team Penske pair travelled to the US for the 100th running of the Indy 500.

While DJR Team Penske has expressed interest in running wild cards before, after expanding to race two Supercars this season team boss Ryan Story told supercars.com fielding a wild card entry for Cindric for an endurance race this year would not be realistic. “In the future it is something we are certainly looking to keep an open mind to,” Story said.