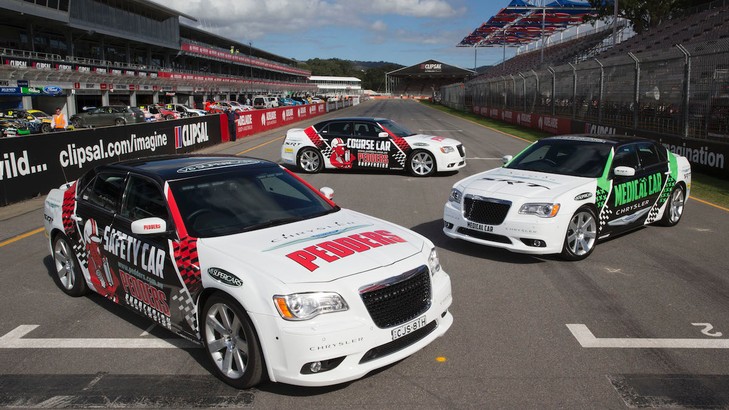 Chrysler's iconic, muscle-bound 300 SRT8 sedan will lead the V8 Supercars field in 2014 as part of the brand's exclusive partnership with the international motor racing Championship.

The 300 SRT8 will perform as the Pedders Chrysler Safety Car at all rounds of the 2014 series, which starts this weekend with the Clipsal 500 in Adelaide.

The mighty 6.4-litre HEMI V8 engine, which develops 347kW of power and 631Nm of torque, will ensure the 300 SRT8 keeps the thoroughbred V8 Supercars comfortably at bay when it leads them on race restarts and during caution periods.

Two other 300 SRT8s will also take to the track this year as official Pedders Chrysler Course car and Chrysler Medical Car, providing a distinct Chrysler flavour in the second year of Fiat Chrysler Group's association with the V8 Supercars Championship.

Fiat Chrysler group director of marketing Mark McCraith said the association put the Chrysler 300 SRT8 on the world stage while highlighting its performance and styling elements.

"This is an impressive muscle car with instantly recognisable looks," McCraith said.

"We are looking forward to seeing the three Chrysler 300 SRT8s perform important roles for the championship in front of millions of enthusiasts throughout the season."

The cars used for official duty feature a dynamic livery and flashing light fittings to maximise their visibility on track but are mechanically the same as the road going versions available in showrooms across Australia. 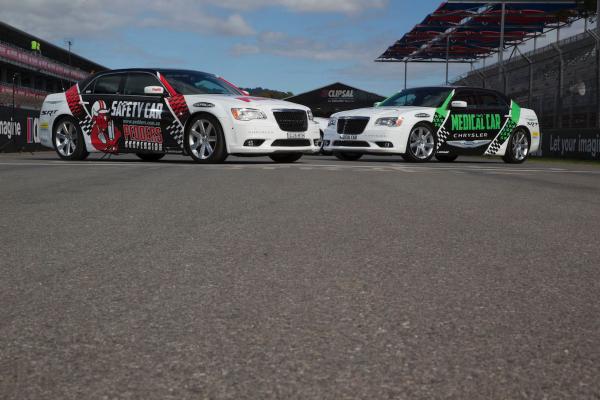 The Chrysler 300 SRT8 retails for $66,000 (price excludes on-road costs and dealer delivery) and comes standard with a host of luxury, safety and convenience features to back up its high output powerplant.

The Greatest Race of Whincup's Career