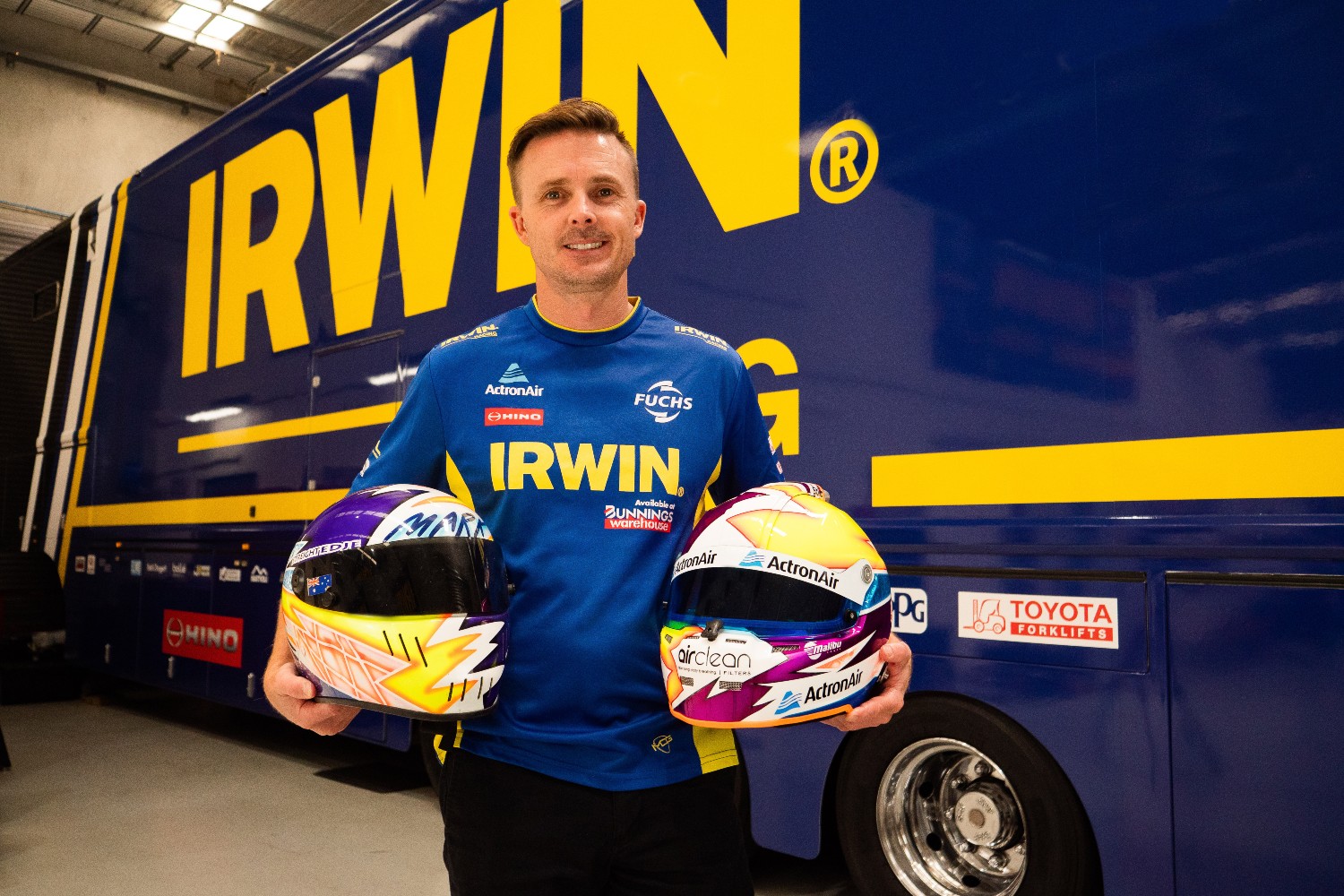 Mark Winterbottom will run a helmet design close to his heart this season, with the 2015 series champion celebrating 30 years of racing.

Winterbottom has traded his usual colours for a tribute design of his very first helmet he wore as a junior in go-karts.

The striking design features yellow and purple, with the original scheme also featuring his name above the visor.

Winterbottom, who hails from Doonside in Sydney's west, was nine years old when he took to the Sydney Kart Racing Club in 1991.

During a family trip to the United States, Winterbottom's late mother June surprised him with a specially painted helmet.

Winterbottom, who is one of the most successful Supercars drivers of his generation, picked up 10 Australian Karting Championship titles and 25 state titles.

"Helmets are always the pride and joy for drivers," the 38-time race winner told Supercars.com.

"We put a lot of effort into it, with colours, designs, logos. It's a very intimate, special thing.

"But this one is really special, it's my first design I wore in karting, way back in the day.

"I keep a helmet from every year in my cabinet, and this was the first one. To replicate that is really cool."

Winterbottom shared the karting stage with several drivers he would later take on Supercars, including fellow Sydney-born drivers James Courtney and Michael Caruso, Jamie Whincup and Will Davison. 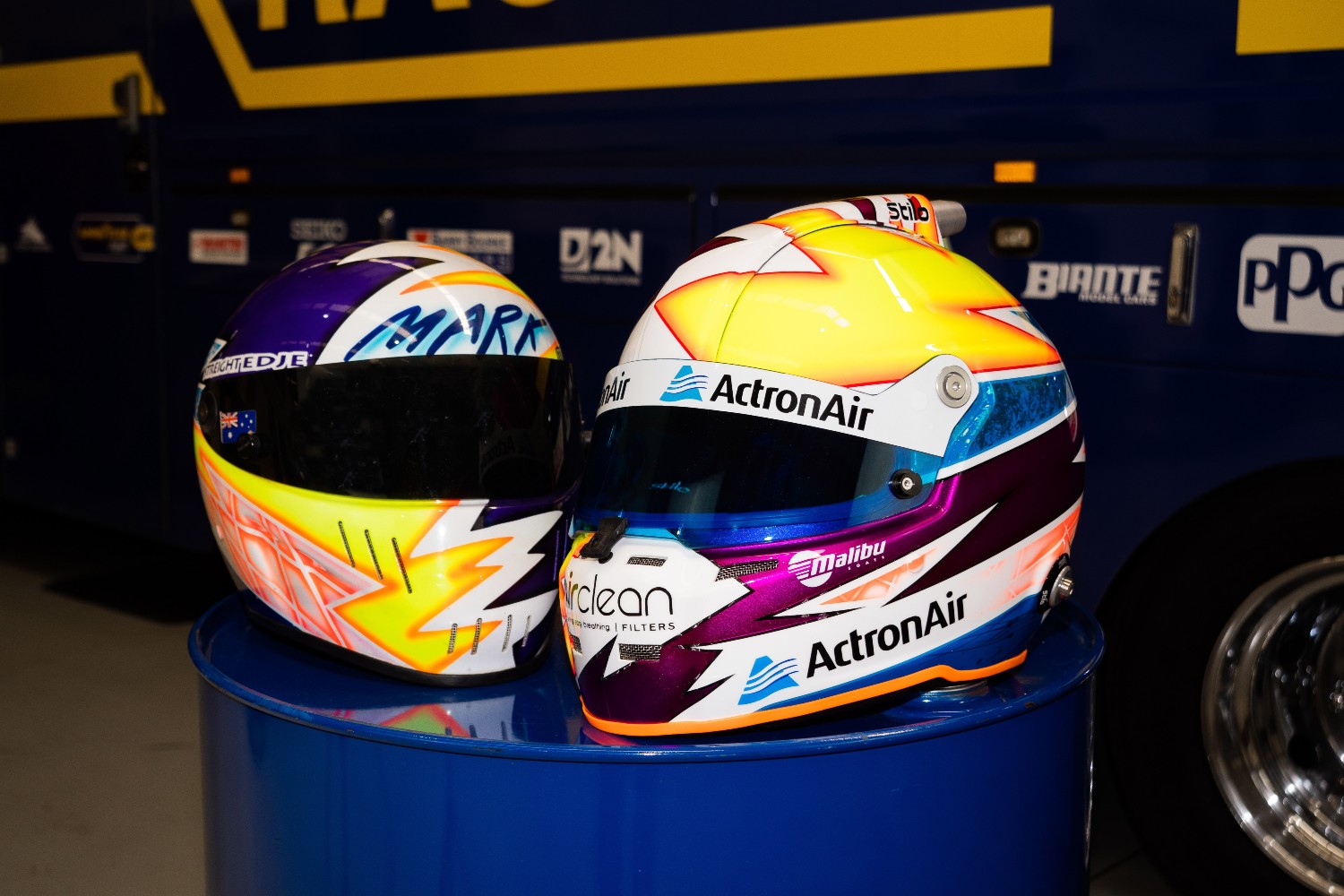 Rogers was Winterbottom's teammate at the factory Tony Kart team. Their relationship continues to blossom, with Rogers having designed the 2013 Bathurst winner's helmets for the last seven years.

Winterbottom said his 2015 championship helmet, painted by Rogers, was one of his favourites, with the design featuring his mother.

His regular designs also feature the faces of his three children, Oliver, Austin and Elliot.

"That [karting] helmet design was really successful for me, so hopefully I can get some results with it this year," Winterbottom said.

"[Trent] did a great job; when I told him what I was thinking, he was like, 'Oh, I know that helmet'.

"Not only has it got history for me, but he's been doing my helmets for years, he's the best in the business.

"That design 30 years ago, it was one of the first to be painted and used in racing. He loved the idea.

"I love the look of it, it's very retro. I can't wait to bring back the old school style."

"Mark approached me with an idea to celebrate his 30 years in motorsport by bringing his very first helmet design back to life," Rogers added.

"We tried to keep it as close to the original as possible with some slight changes to accommodate his sponsors and to flow with the modern helmet shapes.

"I actually raced go-karts with Mark when we were younger around 25 years ago.

"He'd already been racing karts for about seven or eight years and I started a bit later in life, but we raced together in the same team for Jim Morton and Tony Kart and we've had a great relationship since then.

"He eventually pursued his motorsport career while I pursued my interest in art, and through my sign writing and spray painting background it lead me to start painting helmets and I've been painting them for Mark for the last seven years."

Winterbottom will commence his 2021 Repco Supercars Championship campaign at the Repco Mt Panorama 500. Tickets are on sale now.