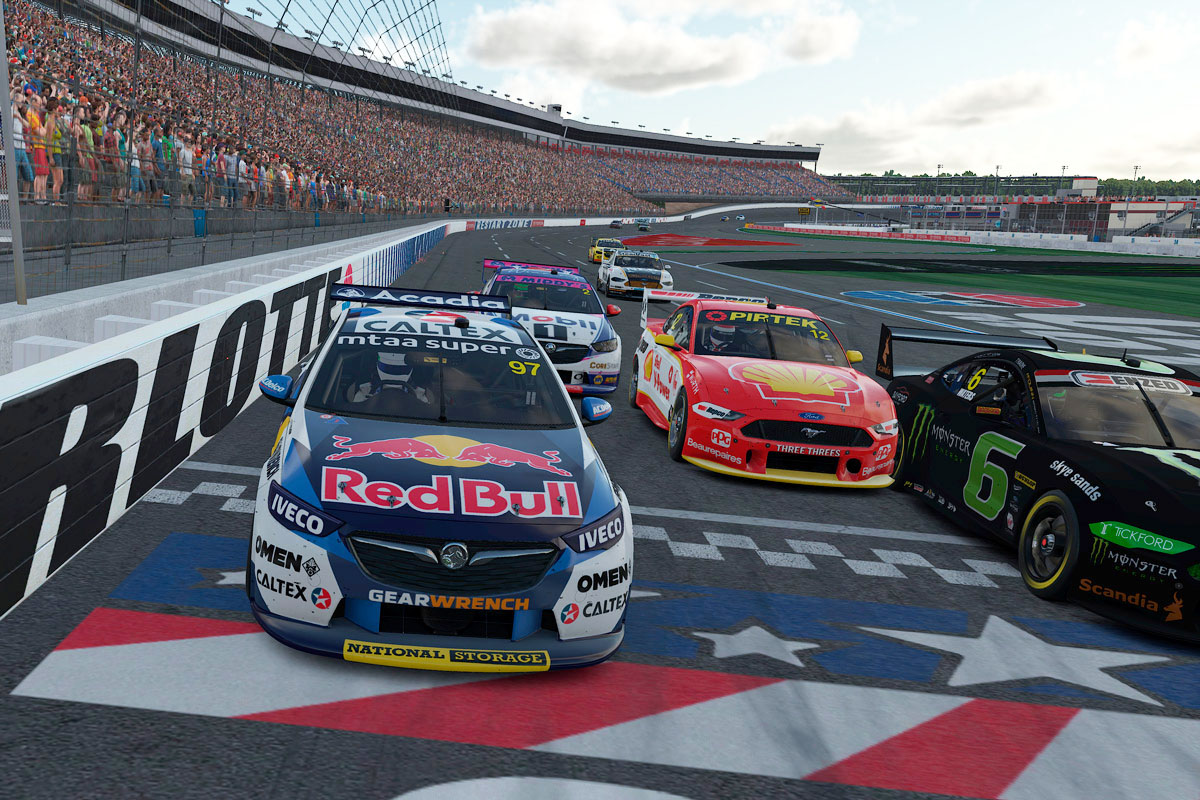 Tuesday night’s latest round of the Supercars Repco Pro Eseries will again feature a mix of oval and road course racing.

Following a fan vote that pitched the Charlotte Motor Speedway oval against Laguna Seca, the former has been locked in to host the first two races of Round 5.

It follows a thrilling pair of races at the Michigan oval last week, where the winner was decided by less than 0.05 seconds on both occasions.

While tight racing is again expected, Charlotte will pose a slightly different challenge for the drivers, as it is shorter in length but with more aggressive banking than Michigan.

The North Carolina venue featured in the BP All Stars Eseries earlier this year, where Shane van Gisbergen won despite a crash at the finish line.

Van Gisbergen will again race against the Pros this week, following his debut last Tuesday night at the Michigan/Monza double-header.

The Kiwi proved competitive at the oval venue, scoring a third-place in the opening Michigan race.

Charlotte will host the Seiko Top 5 Shootout and the first two races of Round 5, before the action concludes with a single race at Belgium’s legendary Spa-Francorchamps.