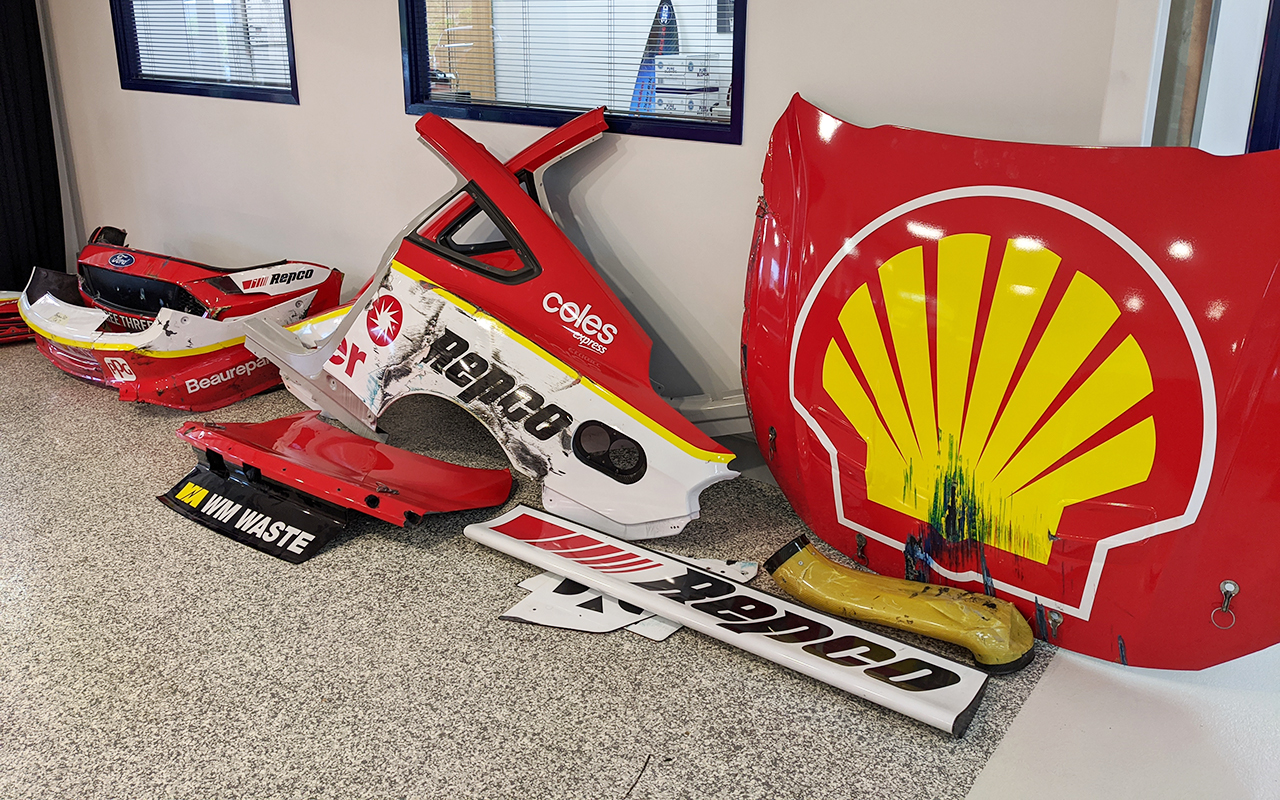 Also being auctioned is the rear bar assembly from the 2019 champion-elect’s car from Sunday’s Penrite Oil Sandown 500.

The 42.7G crash at the Surfers Paradise last month destroyed McLaughin’s Mustang, forcing the team into a lightning six-day new-car build ahead of Sandown.

McLaughlin said he is pleased to see the damaged parts being used to raise money for two very good causes.

“That crash was the biggest of my career and turned my Mustang into a crumpled wreck,” he said.

“I’m very glad to see this auction occur, and hope that everyone digs deep, so we can help out some vulnerable people doing it tough.”

Team co-owners Dick Johnson and Ryan Story became Camp Quality ambassadors earlier this year and are happy to be able to turn the Gold Coast crash into a positive.

“Watching that massive crash was a real heart-in-mouth moment, and then seeing the team put in that incredible effort to build Scott a new car in less than a week was pretty special,” said Johnson.

“Now hopefully we can raise some much-needed funds for some inspirational people who need it most.”

Added Story: “We have been able to hold some great fundraisers this year for Camp Quality, and with this one we also wanted to raise some money to support all those being affected by the disastrous bush fires in NSW and Queensland right now.”

The auction is live now at this link and will run until 22 November 2019.