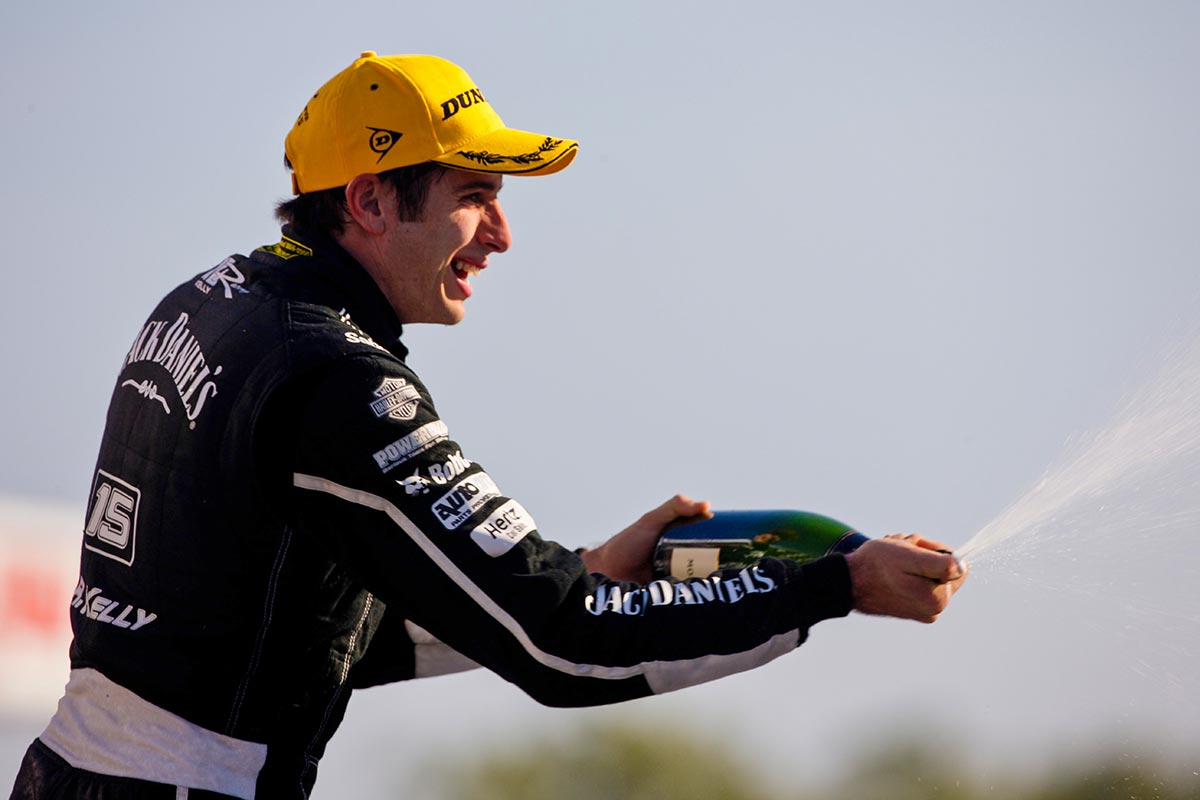 On just three occasions has a winner at Hidden Valley come from outside the top 10 on the grid.

One happened on the very first visit to Darwin, with two others happening on the same weekend 13 years later.

The 2011 opener at Hidden Valley, which will host next weekend’s Merlin Darwin Triple Crown, provided one of the greatest finishes in Supercars history.

Rick Kelly’s upset victory 10 years ago, which came from 12th on grid, had all the hallmarks of a classic race.

Mark Winterbottom led for 36 of the race's 42 laps, only to run off the track at Turn 1 with Jamie Whincup and Shane van Gisbergen.

It was a remarkable flashpoint in a race which burst into life when Tim Slade’s stricken Falcon brought out the Safety Car.

To that point, Winterbottom loomed to claim an imperious victory from Whincup and van Gisbergen, with Winterbottom eyeing his first win of the season.

It would have been the shot in the arm Winterbottom and Ford needed; van Gisbergen’s Hamilton victory two months earlier was the Blue Oval’s only win through 11 races in 2011.

With Slade’s car recovered, the Safety Car retreated to the lane, almost fearing what was yet to come.

Winterbottom rolled around the final corner, and an eager Whincup made contact and drew alongside the Orrcon Falcon.

Winterbottom was swamped by Whincup and van Gisbergen, with Lee Holdsworth making it four-abreast on the approach to Turn 1.

Kelly, who ran fifth at the restart, was suddenly in the lead, having already worked his way from 12th.

As Kelly went on to add to his Hamilton victory, the inquest into the dramatic restart incident began.

Independant Prosecuting Officer Peter Wollerman deemed that Whincup gained an unfair advantage by hitting the back of Winterbottom as the field turned onto the front straight at the restart.

However, Winterbottom was penalised 25 points for collecting the back on Whincup at Turn 1, while van Gisbergen was also docked 25 points for passing Whincup before the control line.

It overshadowed an epic drive by Kelly, who held out Steven Johnson and Craig Lowndes to claim the unlikeliest of victories.

It did little to calm Winterbottom, who after beating rival Whincup to the podium 24 hours later, had choice words for the Triple Eight heavyweight.

"It is something that could escalate into something," Winterbottom said after Sunday’s race.

"He gave me a few hits today, tried to push me out of the way and unsettle me, but I sprayed champagne today and he didn't. "Sometimes you come out with the last laugh.” 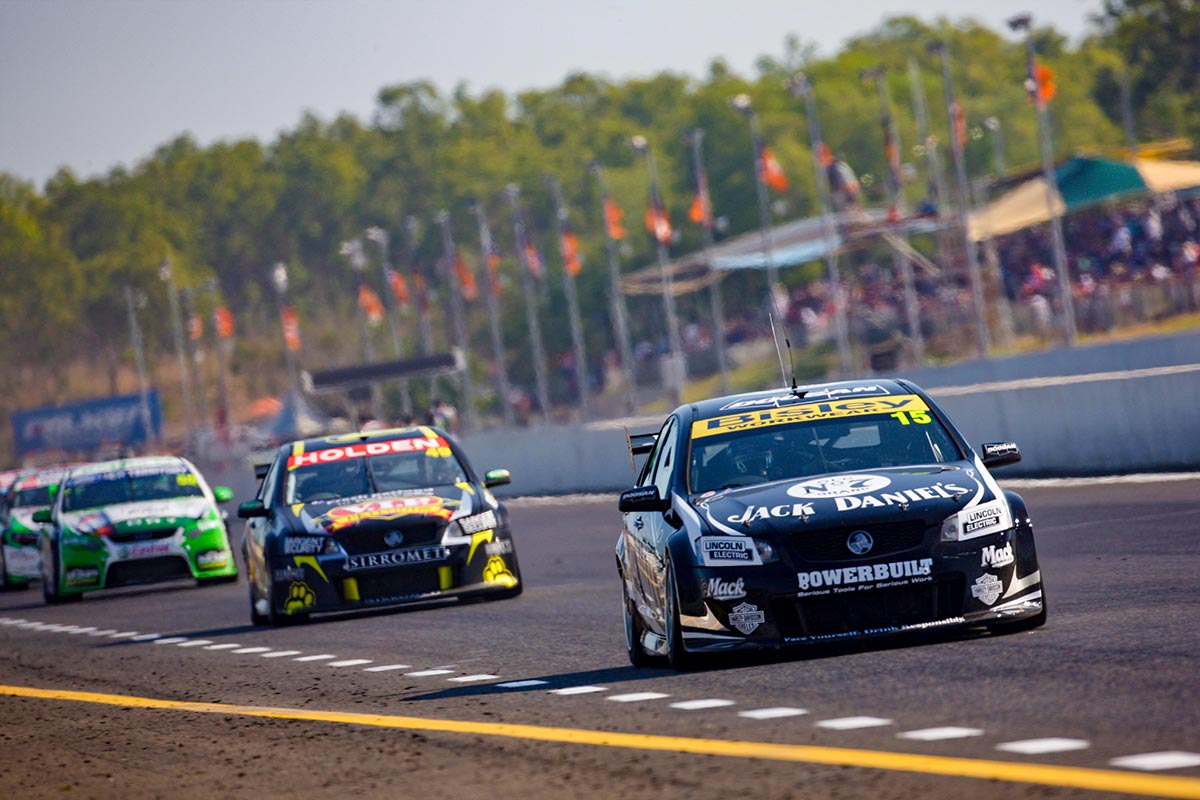 Kelly in the midpack

For Kelly, who added a third win of 2011 at Sandown, the result was almost unbelievable.

"I’ve been very fortunate over the years to register a couple of race wins in Darwin... it was a pretty funny day,” he penned in a column.

"I qualified 12th, but by the time a late race Safety Car hit the track I had worked myself up into fifth place.

"Coming back to the green flag, the leader was going incredibly slowly, which led to a spot of chaos heading down into Turn 1.

"Jamie Whincup, Mark Winterbottom, Shane Van Gisbergen and Lee Holdsworth managed to get themselves four wide down the straight, and with nobody willing to give an inch, they all speared off... it was like four pin bowling!

"Can you believe that? I managed to mind my own business, hold a tight line, and keep the lead in the closing laps.

"That season we won a total of three races, but this particular win was the only one we managed in the dry, even if it was totally unexpected.”