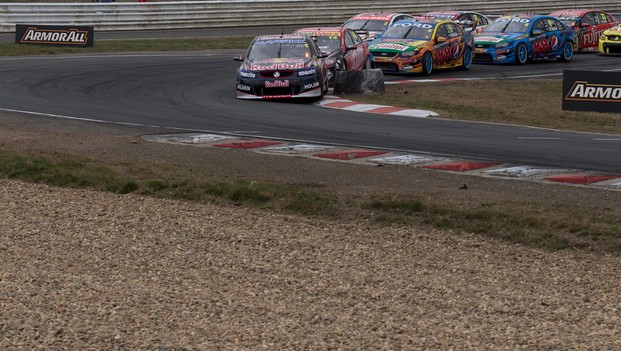 Of the clarifications,teams have been advised how the time may be utilised in the Practice sessions forthe Coates Hire Ipswich 360 at Queensland Raceway and the Winton 360.

While rules statedthere would be two 75-minute Practice sessions on Friday, it has been confirmedthe first 30 minutes of each first session can only be driven by each team’snominated additional driver (usually the endurance co-driver).

"With thenumber of test days available and the additional driver session being removedfrom Darwin, the opportunity for teams to test new drivers is limited,” Whitesaid.

"This compulsory 30minutes guarantees them valuable laps and gives the fans a sneak peek at theform for the Enduro Cup later in the year."

Teams also have thechance to run co-drivers in the car at any of their test days.

Tyre use for theTownsville event has also been released, with teams being allocated 12 hard andeight soft tyres over the weekend in addition to the pre-marked tyres, which,as with all events, may be used in Practice only.

Of the tyresallocated for the meeting, only the hard compound may be used in Practice andQualifying. Softs can only be introduced for the Top 10 Shootout, and the races.

"Teams haveproven they can read the circuit specific soft tyre degradation during thepractice sessions, and then the race strategies are built around thatknowledge,” White said.

“With the new carand a bigger wheel/tyre combination, much of last year’s knowledge isn'trelevant.

“We predict adifferent rate of degradation in the races in Townsville as they will bediscovering the wear rate as it happens and not in advance.”

The Dunlop DevelopmentSeries will also have a soft tyre race in Townsville for the first time.

"The Dunlop Series is the place to learn,” White said.

"Be it a driver, an engineer, a mechanic; any role. With a field of 30at the opening round in Adelaide, which showed a significant depth in quality,we feel now is the time to give them a chance to use the Dunlop soft tyre aspreviously used by the Championship cars."

21/04/2013
Related Content
2013 Sucrogen Townsville 400  ›
2013 Coates Hire Ipswich 360  ›
2013 Winton 360  ›
Stay In The Know
Sign up to the Virgin Australia Supercars Championship Newsletter
We use cookies to ensure that we give you the best experience on our website. If you continue to use this site we will assume that you are happy with it.Ok