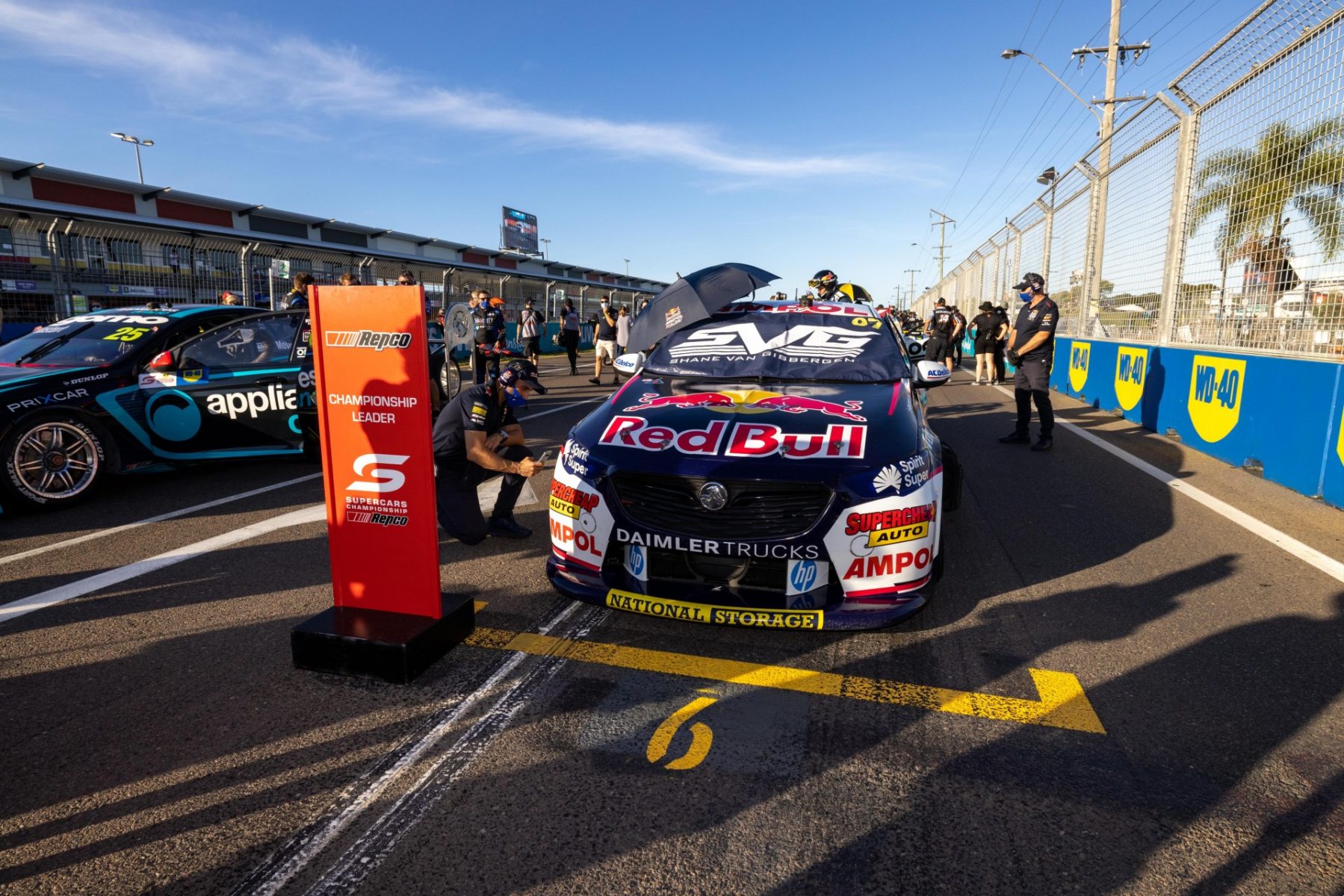 Changes have been made to ARMOR ALL Top Ten Shootout procedures following an incident in Townsville.

At the last-start WD-40 Townsville SuperSprint, Shane van Gisbergen's warm-up was compromised by a crash on the previous lap.

Previous man out Zane Goddard spun and hit the barrier at the final corner on his timed lap.

The Matt Stone Racing driver managed to get going and returned to pit lane; all the while, van Gisbergen was on his warm-up lap.

The series leader was told by Red Bull Ampol Racing to abort his lap, but he was instructed by race control to start his timed lap after all.

The changes stipulate that if red flags are displayed during a shootout, all cars are to return to pit lane.

Once a car returns to its pit bay, the Race Director will announce a time (approximately five minutes) for the car which did not complete a timed lap to be at pit exit ready to recommence the session.

Any car already at pit exit awaiting its turn will be moved aside by officials or the team if so authorised.

Because van Gisbergen’s warm-up lap was compromised, he did not start his timed lap with optimal tyre temperatures.

The changes also state that, in the case of any car having returned to pit lane and has not been given the opportunity to complete a timed lap, the respective team has the following option subject to the approval of the Supercars Head of Motorsport:

Drivers and teams will be briefed on the changes at the next event.

"We’ve worked closely with Supercars on implementing these changes in time for the next Repco Supercars Championship round," Motorsport Australia Director of Motorsport & Commercial Operations Michael Smith said.

"We know that it is rare for red flags to be shown during a Top Ten Shootout, however these changes will provide all drivers and teams with a clear understanding of the procedures, should such an incident occur."

It comes after another rule was changed earlier in the season after Cameron Waters' shootout antics in Bathurst.