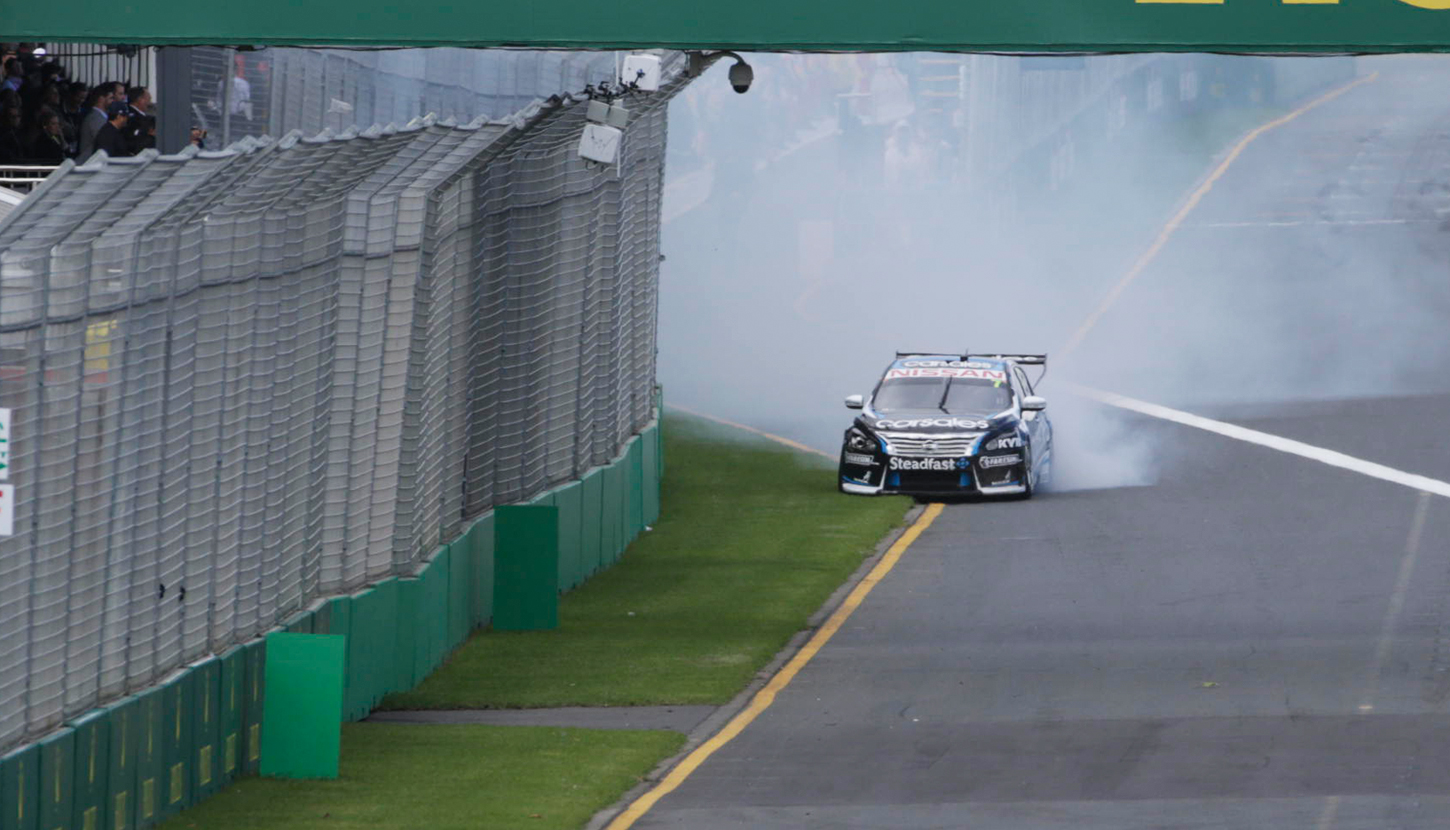 Kelly’s carsales Nissan suffered a frustrating mystery problem across three of the four days at the not-for-points Australian Grand Prix.

Team boss Scott Sinclair believes the team has identified and fixed the “minor” issue – but due to the turnaround from the grand prix to Tasmania the team was unable to fit the repaired engine back in the car until today.

“We found an issue post-AGP with the engine – just a small issue that was giving us a bit of grief and making it more spectacular than what it really was on-track,” Sinclair told v8supercars.com.

The repaired engine was transported in the team's truck with the V8 Supercars.

Sinclair said it was a relief to get to the bottom of it after a tough run at the grand prix.

“[Todd] was naturally disappointed – the frustrating thing for everyone was that we didn’t find the solution over the weekend … we think we’ve found it but we’ll definitely prove it tomorrow.”

Kelly sits eighth in the Championship points – the second Nissan in the standings with teammate Michael Caruso leading – and is one position ahead of brother Rick.

But Sinclair was coy about the team’s chances at Symmons Plains this weekend.

“It’s hard to judge, isn’t it – there’s lots of new guys in new cars who will be getting better.

“We have made improvements over the summer but you never know where you fall out until it all happens.”

The V8 Supercars hit the track at 11.25am tomorrow for practice at the Tyrepower Tasmania SuperSprint.