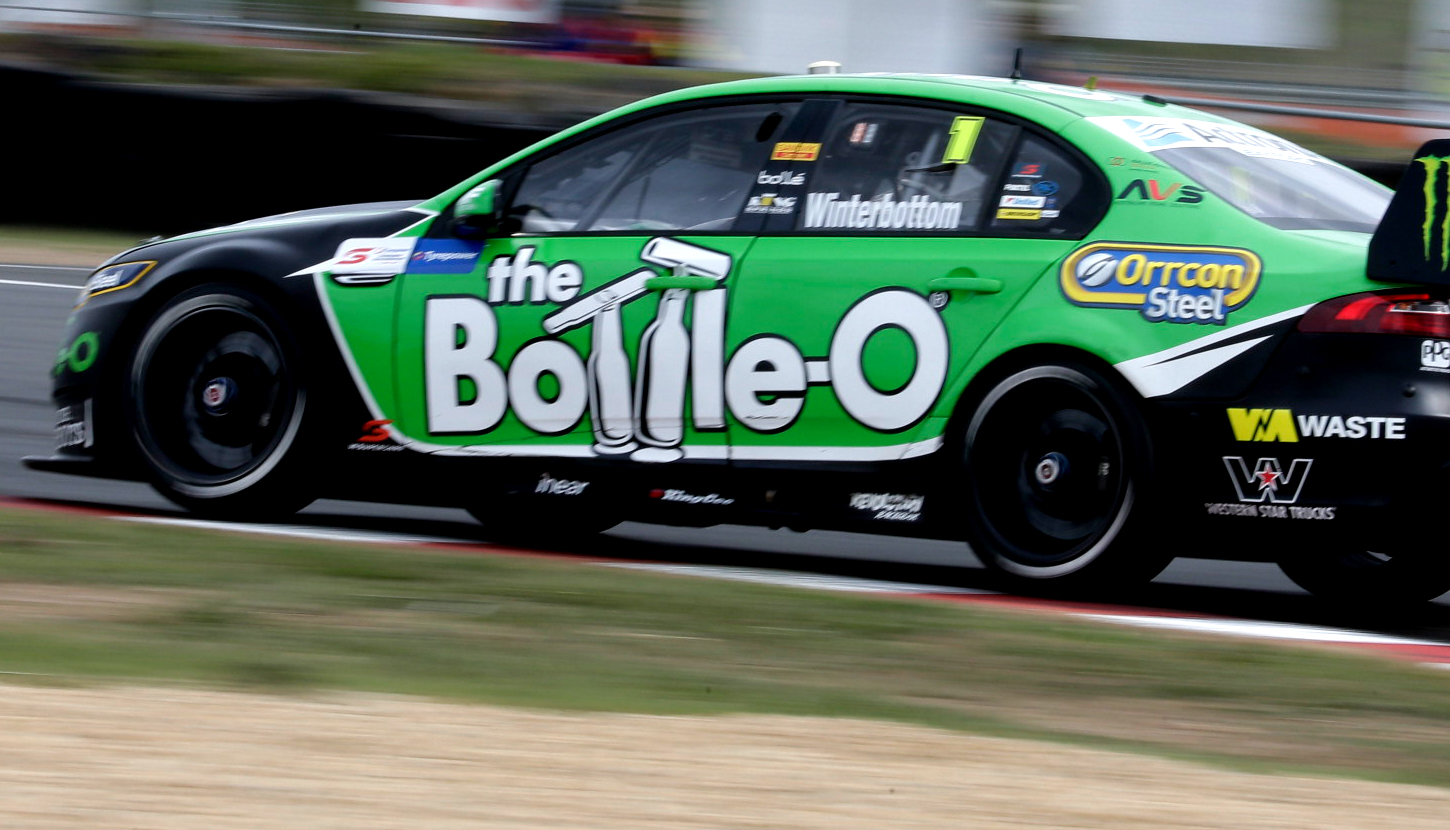 The champion and his rookie teammate have outdone the Triple Eight trio in practice at Tasmania, with Mark Winterbottom and Cameron Waters locking in the two top spots in the day’s second session.

Winterbottom recorded a 51.4225sec lap with less than a minute to go in the hour session and Waters followed him, missing out by just 0.0489sec. It’s Waters' first time at the circuit in a V8 Supercar, having only raced Formula Ford at the Symmons Plains circuit.

Jamie Whincup, Shane van Gisbergen and Craig Lowndes followed in a tight top five that was all within one tenth of a second. The Triple Eight cars were the front-runners at the track last year, with Lowndes taking three poles and two races, and Whincup winning on Sunday.

The field was separated by an amazing 0.89sec in practice, gearing up for an exciting qualifying tomorrow afternoon.

The cars faced windy conditions this afternoon at Symmons Plains, with locked brakes and spins throughout the session, as drivers ran on different quality tyres. 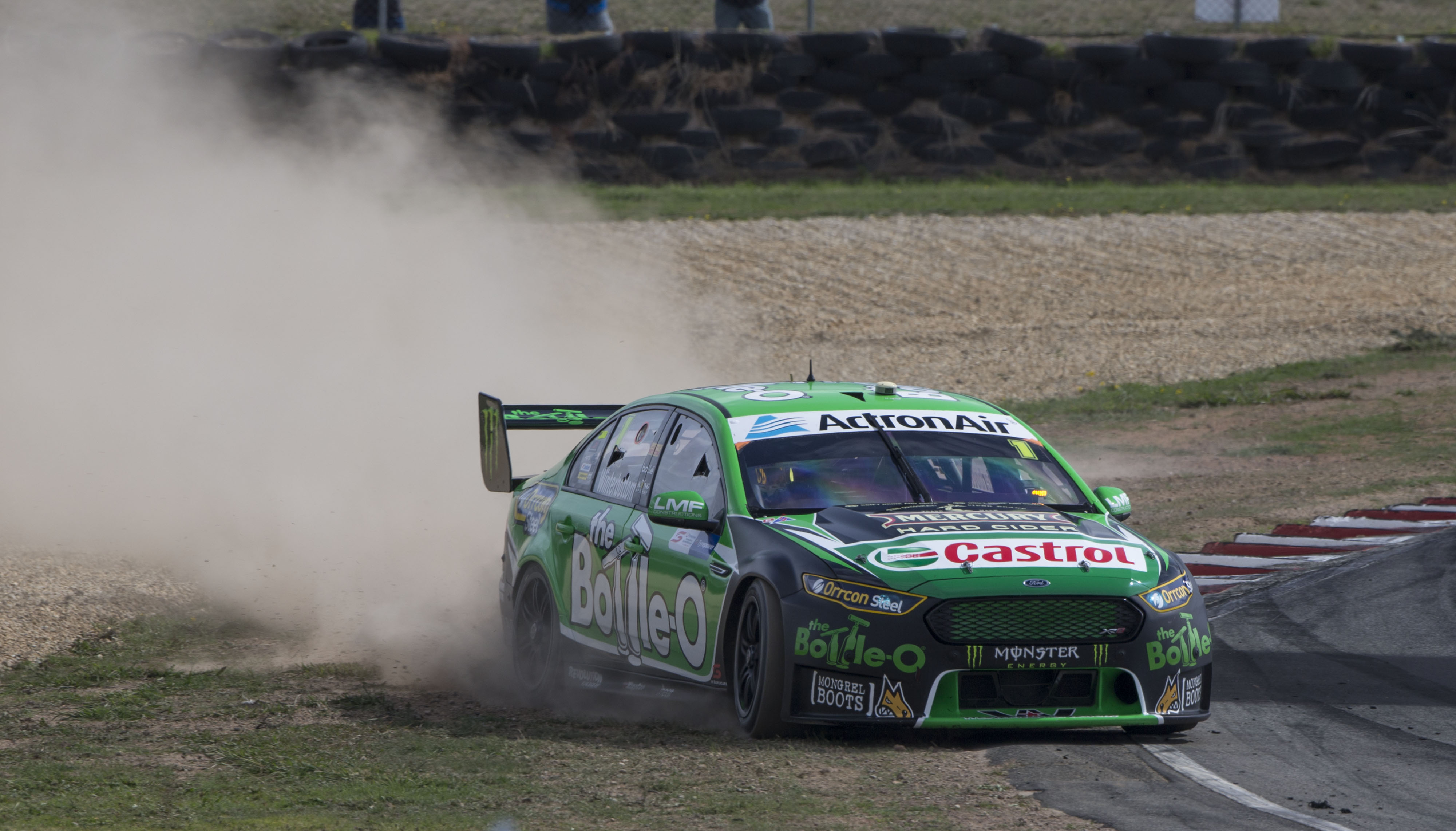 Scott Pye elected to run a hard tyre for much of the session, but ultimately finished eighth.

The Preston Hire Commodore of Lee Holdsworth was strong again, earning a positive sixth position for his efforts.

Others to note include Chaz Mostert, who led a portion of the session in 12th, Championship leader Michael Caruso 14th, early fast man James Moffat 18th and his teammate Scott McLaughlin 22nd.

The V8 Supercars hit the track tomorrow for practice at 11.20am local time, ahead of a 15-minute qualifying and a 120km race.