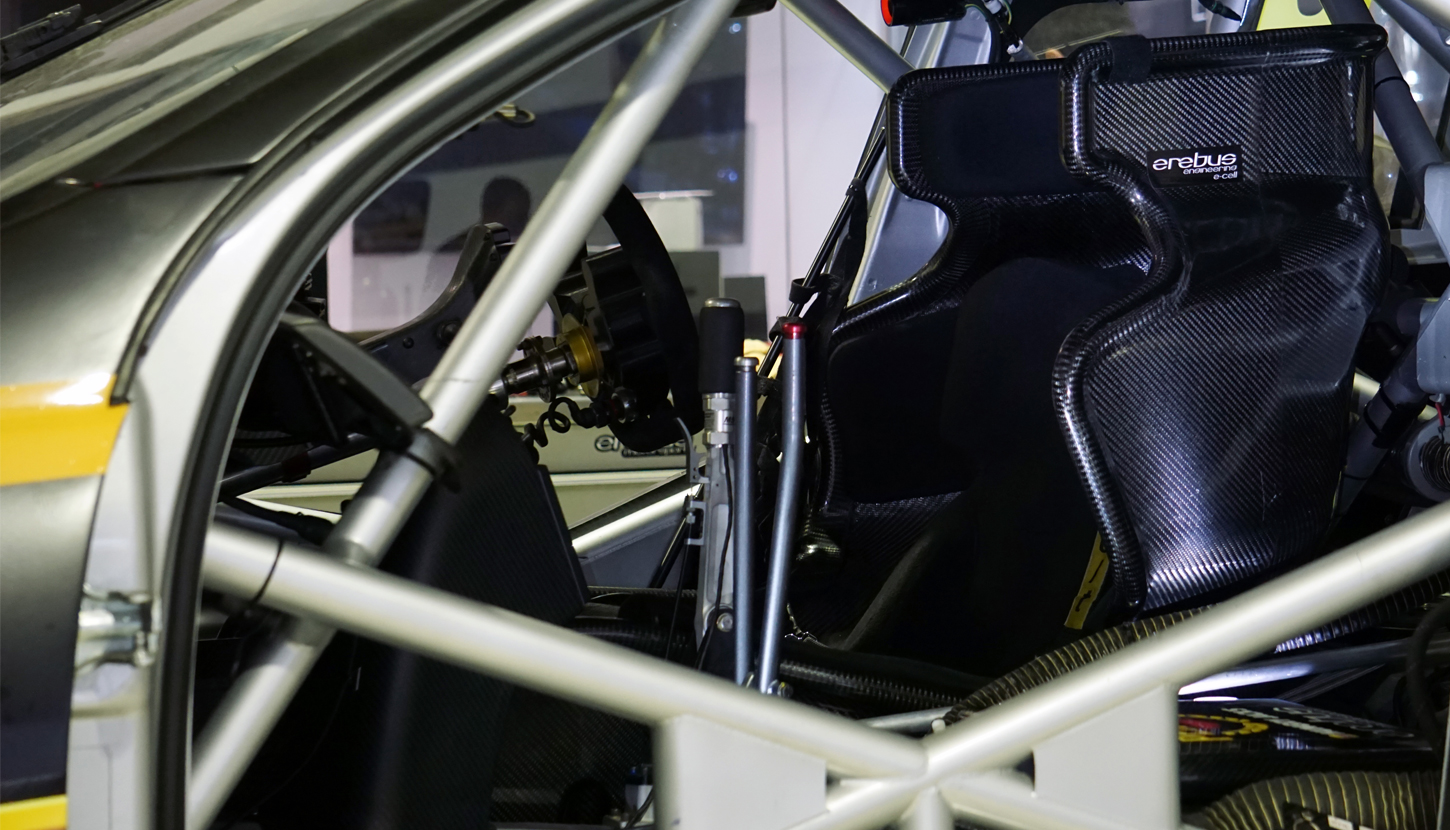 David Reynolds will have his first race using the Erebus Motorsport E-Cell safety seat this coming weekend at the Perth SuperSprint.

The carbon-fibre driver safety cell was debuted in the category in the Erebus Mercedes-AMG E 63 back in 2013, but has now been fitted to the Penrite-backed Holden Commodore VF the Betty Klimenko-owned team has swapped to for 2016.

Erebus fitted the E-Cell to its ex-Walkinshaw Racing Commodore after the WD-40 Phillip Island SuperSprint because it believes it offers superior safety to a traditional racing seat.

“It’s clear that it's safer,” Erebus Motorsport general manager Barry Ryan told v8supercars.com. “You only have to look at it in the car and sit in it to know that.”

Ryan confirmed Erebus also wants to sell the E-Cell into the category and is working on the principle that the best way to promote the cell is to use it.

The changeover of the E-Cell took four days to complete at the team’s Moorabbin workshop in Melbourne’s south-east.

“The seat rails were okay, they were in the right spot, but it was required that we put a new front one in where it matched up to the rollcage,” Ryan said.

“Also there was some work around the footwell; we had to get the pedal box lined up and move the steering column, the switch blocks and the anti-roll bar adjusters.

“It’s in there now and we feel a lot safer that it’s in the car. That’s the main thing.”

Ryan said the changeover had also resulted in Reynolds being more comfortable in the car. The former Prodrive racer, who finished third in the 2015 drivers’ championship, started the season with a loaner seat in the Commodore because the one it came with from WR didn’t suit him.

“He just feels more at home now,” Ryan said. “It’s new for him but everything feels right now.”

The E-Cell is constructed by HWA in Germany, the motorsport partner of AMG, which also played a key role in the development of the engines and aerodynamics of the now-parked E 63 V8 Supercars.

Erebus has the right-hand drive commercial rights to the E-Cell and is lobbying Supercars to adopt it as a control component in the category.

“We have given prices and build times to V8 Supercar and we really had to be the ones that should fit it to a car and say ‘right there you go, it can be done’,” Ryan explained.

The fitment of the E-Cell was performed by James White of Jimmy’s Fab Shop, who has worked with Ryan since his days at Perkins Engineering and is part of the Erebus team at championship events.

Based in Castlemaine, White stayed in Melbourne for eight days including the Anzac weekend break to get the seat fitted and the other upgrade work done to the #9 Holden.

While Erebus bought a car from Walkinshaw Racing, the two organisations have no engineering alliance, apart from WR’s Mathew Nilsson engineering rookie Aaren Russell, who is racing his own WR-sourced Commodore using the second Erebus Racing Entitlements Contract (REC).

“We have put a lot of Erebus into the car. Some of the components we are putting in are existing components off the Mercedes. We also have some development things that have been improved.

“There are parts that are unproven, but there has been a lot of thought gone into it in terms of what we want to achieve.”

At this stage it is yet to be confirmed if Russell’s Fitness Plus Commodore will be fitted with an E-Cell. That’s because the car is owned by the Russell family rather than Erebus, so it is their call on making the change.