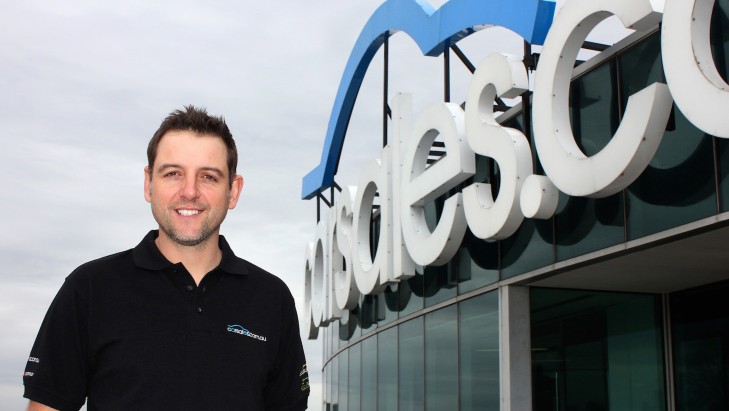 Carsales Racing is giving the city of Melbourne a unique taste of V8 Supercars action on Saturday September 5 when it unrolls a simulated pit garage - complete with V8 Supercar - in Federation Square from 10am.

The #7 carsales Racing Nissan Altima V8 Supercar will feature in the iconic Melbourne space alongside its star driver Todd Kelly and his pit crew.

The event creates a rare opportunity for fans to be a part of the race experience without actually being at the race track, with live pit stops, pit tours and driver signing sessions throughout the afternoon. There will also be prize giveaways.

"It's a good opportunity to cruise around the car in a more relaxed atmosphere and show people the interior of the car" Kelly, carsales Racing driver and co-owner of Nissan Motorsport, said.

"At the track it's always hard to take the time to stand around and have a chat and show people the car.

"The schedules are pretty hectic at a race meeting so it's a unique opportunity to do that without worrying about jumping in the race suit and getting out onto the track."

Carsales announced in July of this year that it would be partnering with Nissan Motorsport to enter the V8 Supercars Championship in September.

"The whole sport of V8 Supercars should feel proud that it has been able to attract a partner like carsales to the sport. It really does speak volumes on where the category sits in the Australian sporting landscape," Kelly said.

Carsales Racing will appear at Federation Square from 10am until 4pm on Saturday with live pit stops and V8 Supercar driver Todd Kelly appearing from 12pm.

The next event of the V8 Supercar Championship kicks off at Sandown Raceway on September 11, marking the first of three events in the Pirtek Enduro Cup.Tickets to this event will be given away on the day.