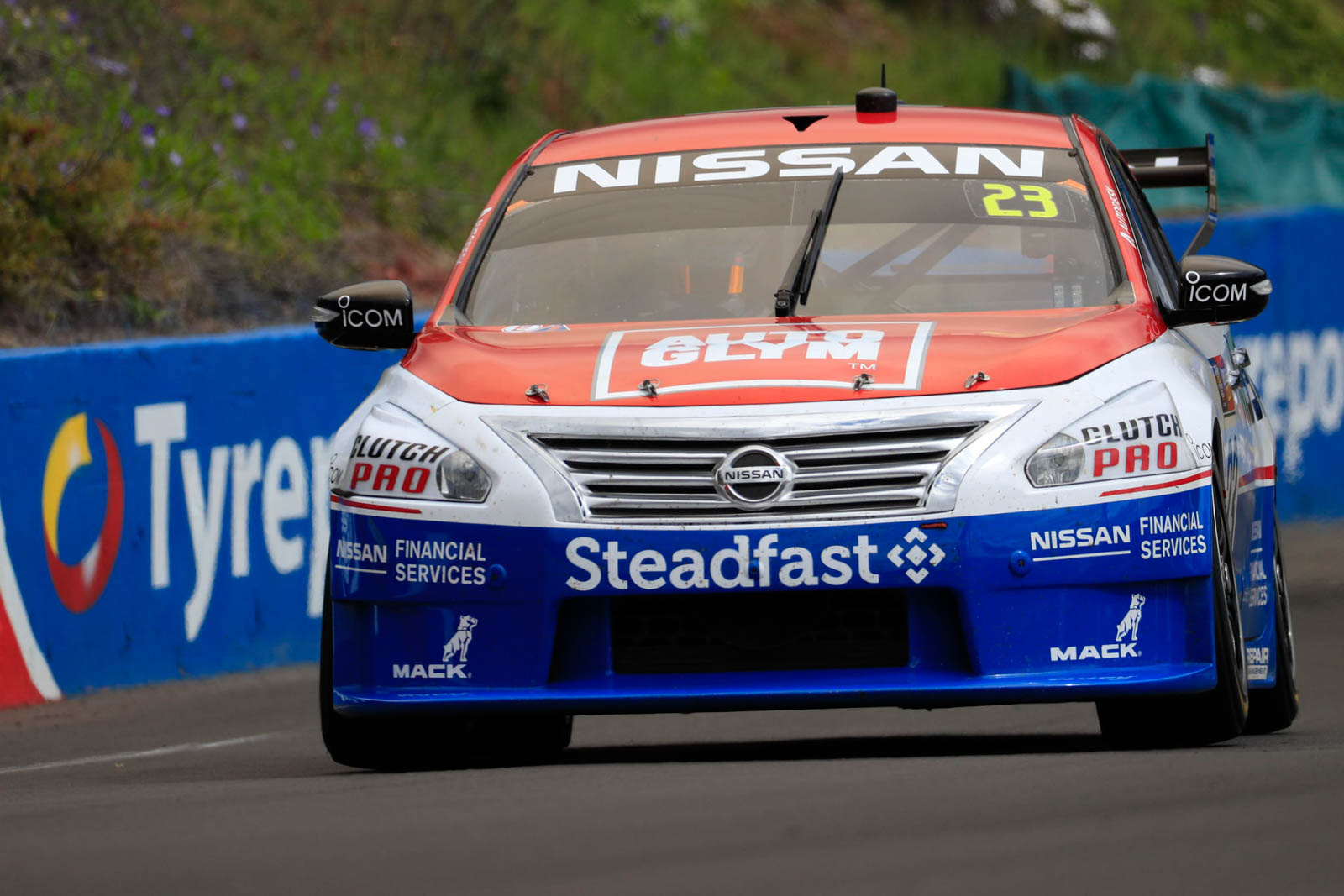 Michael Caruso is ramping up to take part in his first ever Bathurst shootout and will be the first car out on track after qualifying 10th in yesterday’s session.

Wearing colours of the 1991 Bathurst-winning Nissan, Caruso is pleased to represent his manufacturer at the year’s biggest race after news the brand has recommitted to Supercars for at least two more seasons.

At some stages of the Supercheap Auto Bathurst 1000 the Nissans seemed to struggle with setup, but Caruso, paired with Dean Fiore, fired yesterday when it counted to ensure all four manufacturers were represented in the ARMOR ALL Top 10 Shootout.

“Wherever we end up, I’m really proud of the how the team has performed to get the car in the position that we’re in the shootout. We know we’ve got a fast car for the race,” Caruso told supercars.com.

“It’s my first time in the shootout at Mount Panorama … for various reasons over the last couple of years we’ve missed it.

“Last year the rain really affected us, the year before we had a starter motor problem that put us out, so it’s great to get it away and particularly for Nissan who obviously having only recently re-signed and having the 1991 livery on the car is great repayment for them.”

Caruso’s last appearance in a shootout came in Darwin this year – he qualified ninth on Sunday after winning the race the day before.

Yesterday’s result comes amidst a rocky start for the pair, with Fiore arriving late after flight issues and then suffering an accident in the Porsche Carrera Cup that left him in hospital for precautionary reasons on Thursday night.

“It definitely hasn’t been the smoothest beginning to the weekend but Deano is happy with where he’s at.

“We’re happy as a group not just for me in the shootout but particularly where the race stands.”

Weather has been variable this morning, despite a fine forecast. Caruso was unsure what conditions to expect this afternoon.

“It’s funny how you can read a weather report and it says it’s going to be fine, but when you get to the mountain it really means nothing sometimes because rain comes out of nowhere as you’ll see today.

“We’ll just see where we’re at before we go out.

“The session is so long that you could get lucky, you have seen that in the past hoe east it can be to get the wrong end of it.”

The 10 were separated by just half a second at Mount Panorama yesterday.

Save of the day

Tander gets on with the job