The awkward moment came amid a frantic end to the 15 minute-session following a red flag to retrieve James Moffat’s Holden from the grass at Turn 4.

A final hit-out before qualifying and the afternoon’s two qualifying races, the session finally gave teams the chance to set up their cars in dry conditions after yesterday’s rain.

Just over two minutes remained when the session went green, causing a scramble for track position as drivers attempted to set a final flyer.

Van Gisbergen tagged the back of Coulthard as the pair rounded the final corner, spinning the Shell Ford.

While the incident angered engineer Phil Keed, Coulthard was quick to shrug it off.

“There’s no rewind button for Shane,” he said. “I’m not too fazed. If he’s going to come down (and apologise), he’s a decent enough person to do that.”

Caruso and Nissan team-mates Rick Kelly and Todd Kelly held the top three times before the red flag, with the Calsonic entry’s 1:10.17s subsequently holding until the flag.

Scott McLaughlin jumped from fourth to second with his final lap ahead of Rick Kelly and the Brad Jones Racing Holdens of Tim Slade and Nick Percat. 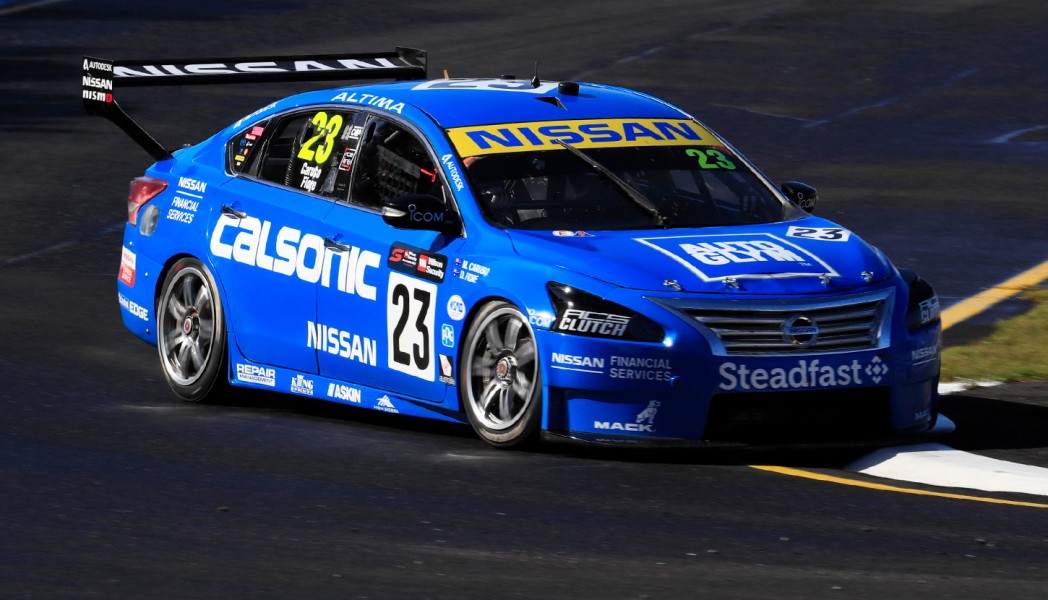 “The conditions on the circuit were pretty difficult,” said Caruso, whose effort ensured Nissans have topped three of the four sessions prior to qualifying.

“There’s still a few wet patches, it was hard to get a real read for qualifying, but the car’s good in the majority of conditions.”

Van Gisbergen ended up 10th while Coulthard was 25th, ahead only of Lucas Dumbrell Motorsport’s Alex Rullo.

A 20-minute qualifying session will take place from 1050 local time, which will set the grid for the 20-lap co-driver sprint race.