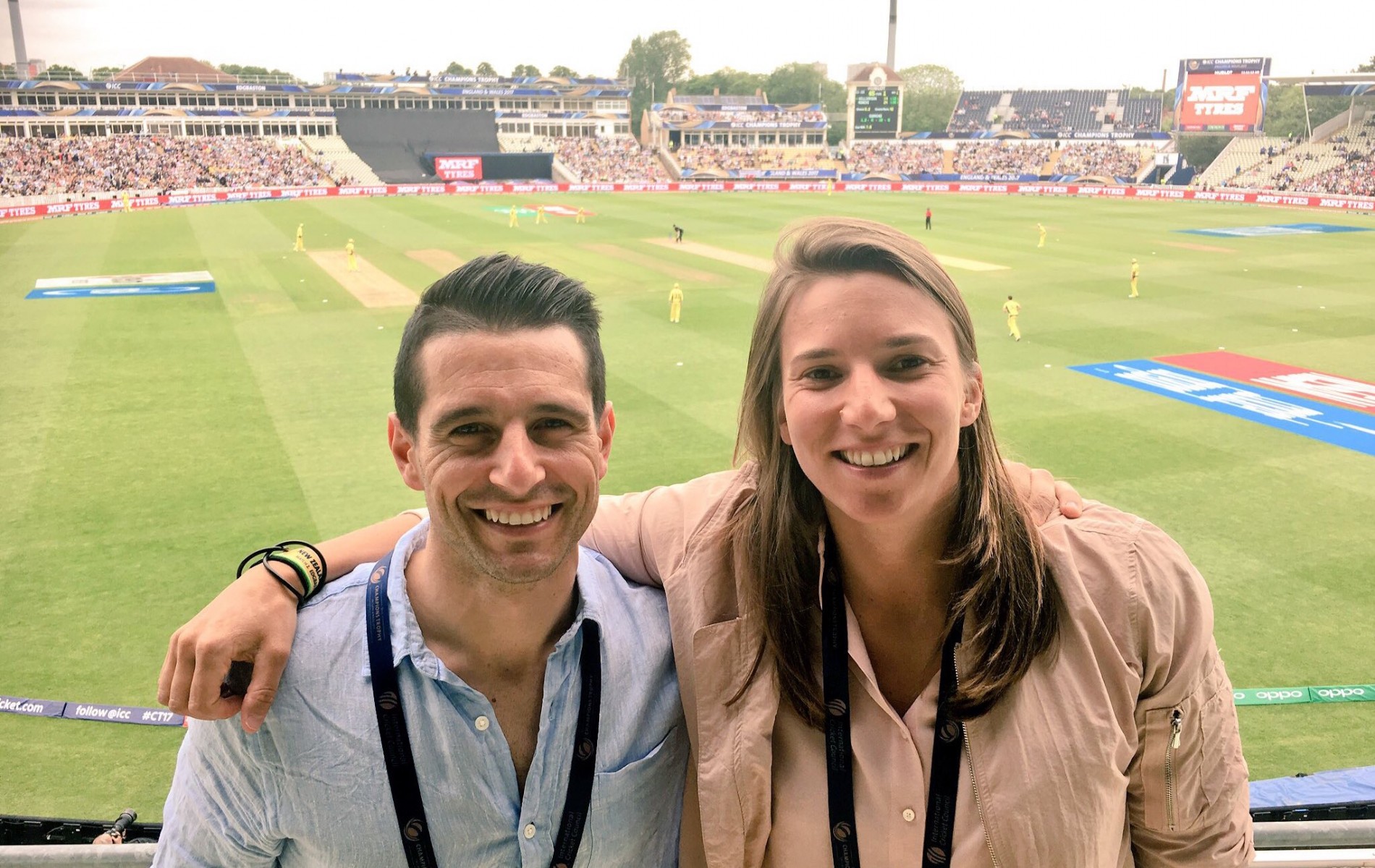 Nissan drivers Michael Caruso and Simona De Silvestro have experienced two of the world’s biggest sporting tournaments in the break between Supercars races.

“It has been amazing to experience a range of different sporting events with Nissan… it really has been a once in a lifetime adventure,” said Caruso.

“The Champions League final is one of the world’s great sporting events. My team Juventus did not win, but it was great to see the match live.

“The atmosphere inside the Millennium Stadium in Cardiff was unbelievable – it’s something that none of us will ever forget.”

While Caruso also attended the Champions League final with Nissan in Milan last year, it was a new experience for Swiss team-mate De Silvestro.

“I’ve been to lots of sporting events around the world, but I have never been to anything like the Champions League final,” said De Silvestro.

“The crowd was making so much noise – they are so passionate. It was great to be a part of, and you couldn’t take the smile off the faces of our competition winners.”

Nissan Australia has a close association with soccer through sponsoring Melbourne City, whose star player Neil Kilkenny joined the drivers and competition winners in Cardiff.

Caruso and De Silvestro currently sit 17th and 22nd in the Virgin Australia Supercars Championship respectively following a challenging start to the season for Nissan.

The team will run a single car at Winton tomorrow for Super2 driver Bryce Fullwood ahead of Hidden Valley, where Caruso won the Saturday race 12 months ago.