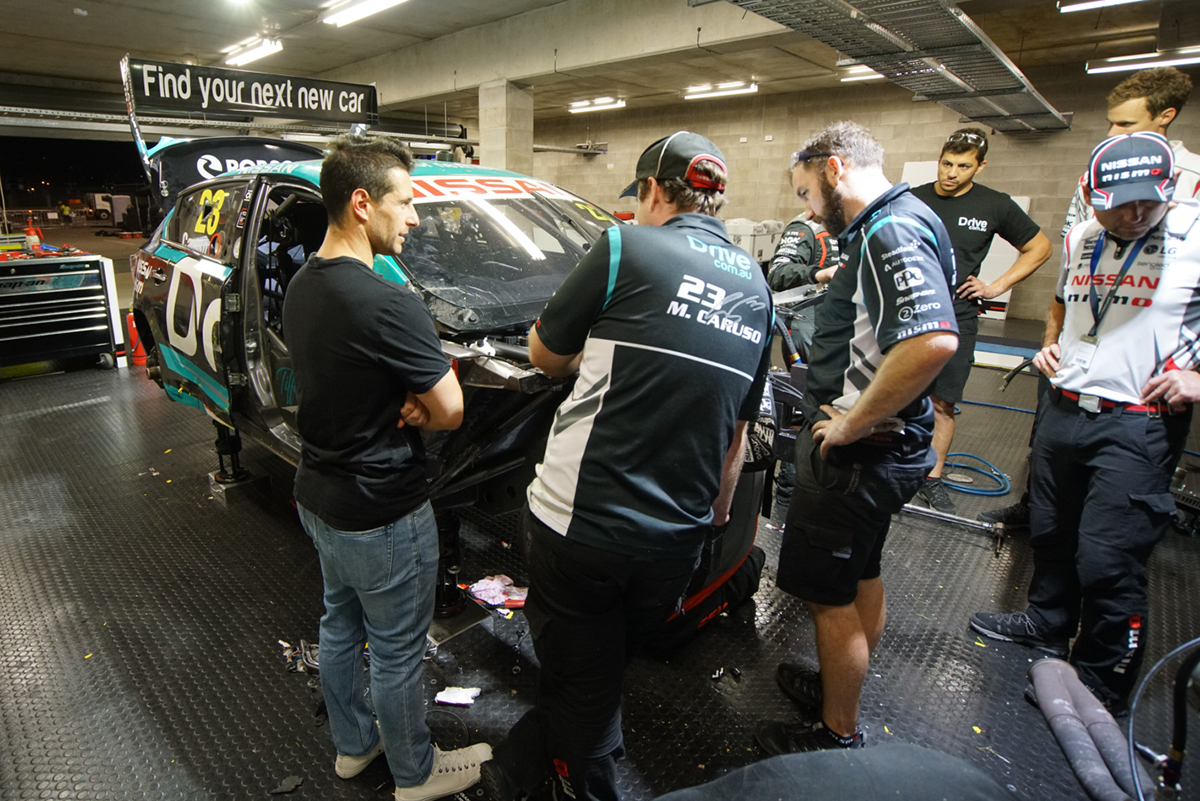 Caruso was sent careering into the tyre barrier on the inside at Turn 11 after a hit in the rear from De Pasquale’s Holden on lap 61 of 70.

The former was out on the spot with heavy front-end damage, while De Pasquale went on to finish a difficult weekend in 18th.

Caruso felt the rookie was clearly at fault for the crash, slamming the youngster for not coming to see him after the race.

“The whole weekend was tough as it is, but for someone else’s action to result in that much damage doesn’t make anybody happy,” Caruso said.

“You’re allowed to cover your line and he hit the back of the car pretty hard, which has sent it right.

“The disappointing thing is after an impact like that, he would have seen the footage by now, and he isn’t even man enough to come and see if I’m alright.

“That’s probably the most disappointing. He probably thinks he’s in the right, whether that’s accurate or not is his opinion, but it’s a judge of character, I guess.”

Recounting his version of events, De Pasquale had said he had no plans to seek out the Nissan driver.

“There's not much to talk about. It looks worse than it was. He was defending and I didn't expect it,” he said.

“He had a bit of slide, I went to go to the inside to make a pretty easy pass. He sort of turned down to block, and at the same he did that I went and then he braked.

“I was pretty close to him, so there was no time to avoid him and unfortunately there's two damaged cars.

“I haven't really watched it in that much detail, but I feel like I didn't have anywhere to go. And there wasn't much to fight for at that point in the race.” 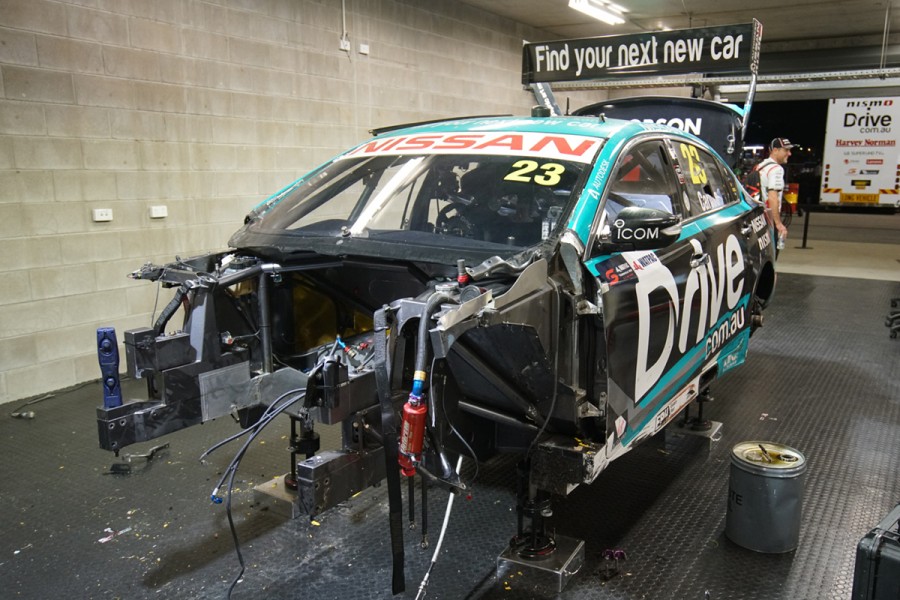 Nissan Motorsport spent the hours immediately after the race stripping the front end of Caruso’s Altima.

After inspecting the front of the chassis, a decision was taken not to change the Melbourne-based squad’s plan of keeping its cars in Queensland before the next race In Ipswich.

“There’s a few little tweaks on the front-right [corner] which we’ll pull out tonight, but the rail is essentially still straight, which is a good thing,” said manager Scott Sinclair.

“We’ve decided now to stay as planned here and we’ll be able to fix it up to perfectly raceable and safe level for Ipswich.

“Just for our own peace of mind, we’ll then pull it apart again after that.”

The crash ended a horror weekend for Caruso, who had failed to start the Saturday race after stopping on the warm-up lap with an electrical issue.

He was then turned around at Turn 2 on the first lap on Sunday by Nissan team-mate Simona De Silvestro, falling to the back of the field.

“We showed good speed but came away with absolutely nothing," he said.

"We got truned around at the start by Simona, which was always going to make the race hard, but we did our best to fight back.

"It was a pretty big hit as well, but she apologised afterwards."