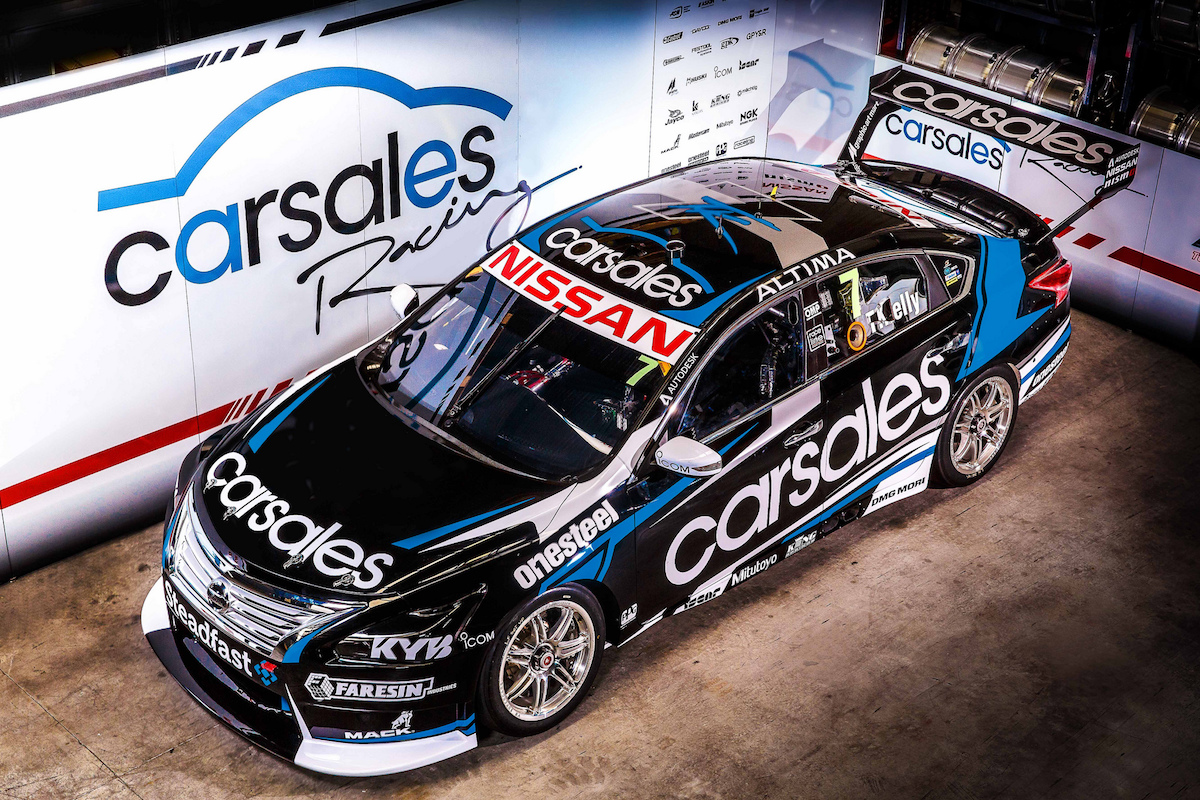 Continuing the partnership established at the 2015 Wilson Security Sandown 500, the carsales Racing livery received minor tweaks for the upcoming season. With the initial design remaining fresh as it visits Adelaide for the first time in the coming weeks, driver Todd Kelly is keen to get the year going.

“I’m excited to get back into the carsales Racing Nissan Altima; it still looks awesome. This is the first time we’ve ever had the opportunity to start a season in carsales colours, so to be able to complete a full season with them is great," said Kelly.

“We’ve avoided any dramas in the off-season and as a result this is the most prepared we’ve been in the whole time we’ve been operating as Kelly Racing and now Nissan Motorsport.

"We’ve certainly got the team behind us to do it and everyone here at Nissan Motorsport has a really good feeling heading into the season."

The relationship between carsales, Todd Kelly and Nissan Motorsport continues to strengthen all parties – both carsales and Kelly are recognised faces in their respective industries, while the factory-support Nissan Motorsport team offers a professional and innovative platform.

“Last year we signed a multi-year deal because we saw significant opportunities for the whole carsales network. Innovation is core to carsales and Nissan Motorsport remains the ideal place to achieve that.

“Todd is someone who is very professional both on and off the track, he is someone we’re very happy to be partnered with. I can’t wait for the season to start and to see how Todd goes."

The livery itself is designed by Melbourne based graphic designer Tim Pattinson.

“Last year’s car was well received from Sandown onward and because it appeared half-way through the year, I’m glad the design will get a full season," Pattinson said.

“It's a striking design that combines the use of a PPG black base with electric blue highlights. One of the features, particularly visible on the roof, is the use of silver that changes to white in bright light. So to have a car that changes throughout a race is pretty cool. But overall, why change something that isn’t broken?”

Kelly earned a top five finish in carsales colours last season and is looking to build on the momentum Nissan gained in the second half of 2015 when heading to the Clipsal 500 early next month.

The V8 Supercars season begins on the streets of Adelaide from March 3-6.