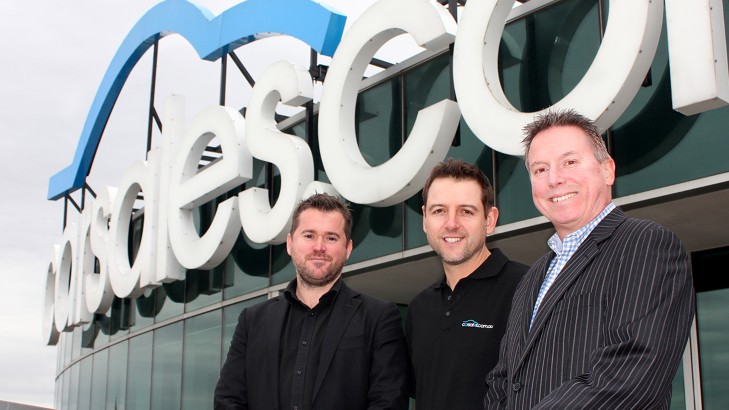 Kelly's Altima V8 will adorn branding of carsales from the Wilson Security Sandown 500 event until the end of 2015 and beyond. Kellywill also take on a role as a carsales ambassador.

It is the first time carsales.com.au has partnered with a frontline V8 Supercars operation.

The link between carsales, Todd Kelly and Nissan Motorsport offers great synergies to all parties - both carsales and Kelly are recognised faces in their respective industries, while the factory-support Nissan Motorsport team offers a professional and innovative platform.

"We're proud to be sponsoring Todd Kelly - he's a great sportsman and a great role model. In conjunction with the team, we see significant opportunities for the whole carsales network," carsales' Director of Dealer Operations Chris Polites said.

"This is a unique opportunity for us to demonstrate our support of a sport close to Aussie's hearts. We hope we can play a role in the V8 Sueprcars Championship's evolution in terms of media and technology. Innovation is core to carsales," Polites stated.

Kelly said the long-term agreement was important for the Nissan Motorsport squad and V8 Supercars.

"We're all extremely proud at Nissan Motorsport to have signed the agreement to partner with carsales," Kelly said.

"The whole sport of V8 Supercars should feel proud that it has been able to attract a partner like carsales to the sport. It really does speak volumes on where the category sits in the Australian sporting landscape."

Kelly is no stranger to carsales network of sites.

"It's a great feeling having spent so many years on carsales' various websites looking at cars, boats, caravans, to then being able to represent the brand in our sport," he said.

Carsales will kick off its partnership with Kelly in this year's Pirtek Enduro Cup races at the Wilson Security Sandown 500, Supercheap Auto Bathurst 1000 and the Castrol Gold Coast 600.

At those endurance races, Kelly will be partnered by Englishman Alex Buncombe, a Nissan Global Athlete.

Jayco will remain on the#7 Nissan Altima for Townsville and the Coates Hire IpswichSuperSprint, with another partner set to appear on the car for the Sydney Motorsport Park round, the final SuperSprint before the enduros and carsales backing begins.

Todd Kelly has been a regular in the V8 Supercars Championship since 1999. The 35-year-old is a former Bathurst 1000 winner and currently sits in 11th place in the Championship (prior to the Castrol Townsville 400 this weekend).

Kelly is not just the driver at Nissan Motorsport, he also owns the team, having started his own racing operation alongside his brother Rick (formerly known as Kelly Racing) in 2009.

Lowndes aims for 101 and one

New livery for Caruso in Townsville