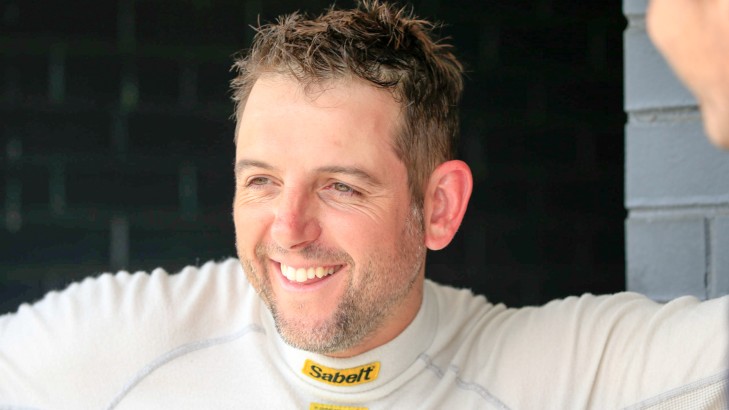 An in-depth study of his entire V8 Supercars career has given Todd Kelly added belief heading in to the 2015 season that he can race at the front of the field more consistently.

And the 35-year old is relieved he will have the chance to put these new learnings into practice, admitting he went "real close" to not driving this year.

A former Bathurst winner and championship top four finisher in his days with Holden Racing Team, his results have dived since he established Kelly Racing with younger brother Rick in 2009.

Balancing the triple responsibilities of team owner, technical director and driver - including the transition from privateer Holden to factory Nissan team in 2013 - have inevitably meant Kelly's on-track results have suffered.

He has not finished higher than 18th in the championship since becoming a team co-owner. Last year Kelly drove his Jack Daniel's Nissan Altima to 22nd in the Championship.

He was tail-end Charlie among the four Nissan drivers on the points table, with Michael Caruso finishing 10th, Rick Kelly 13th and James Moffat 16th.

But Kelly's new engineering team of race engineer Nathan McColl (formerly with Moffat) and data engineer Jesse Walker (formerly with Rick Kelly) have pored over his results dating right back to his 2000 debut with Holden Young Lions and provided him with a guide for where improvement can come from.

"I kind of knew them in the back of my head but they were interesting to have them put on the table and hit you in the face."

- An ability to be among the fastest from the first lap of practice, but then drift back through the field over the ensuing sessions and qualifying

- A tendency to qualify better on Saturday than Sunday

"So there is a lot of stuff there that we have highlighted and can do a lot better at this year," Kelly said. "And it will make a noticeable difference when you look at the effect these things have had.

"But the biggest thing is if I couldn't get in the car and on my day out-qualify the other three blokes, or be quicker than them in practice or finish in front of them in a race, then I shouldn't be doing this.

"But while I can do that, we need to work out why it is I can (at some races) and make sure we fix it at all the other races this year."

Kelly admitted he came "real close" to stepping out of the drivers' seat over the summer as the team searched for funding to replace Norton and the cut-back of Jack Daniel's to just Rick Kelly's Altima.

"The sustainability of the team and the other three cars in this team shouldn't be affected by me being head strong about wanting to drive to the detriment of them and their performance and what we can give those cars to perform.

"I would never do that.

"If it came down to a situation where we didn't have enough money to run those cars properly I would do everything I need to do to make sure the team is a success and make sure those guys get everything they need to perform."

But while Kelly ran an interim Nissan PlayStation GT Academy livery at the sydney.com SuperTest, his new sponsorship package has been sorted and the new look will be revealed later today (Thursday February 26) at the Adelaide Parklands circuit, which is the venue this weekend for the opening championship event, the Clipsal 500.

Kelly says he would have been crushed to have had to stop driving, given the new aerodynamic package that debuts in Adelaide and substantial engine upgrade coming mid-year are expected to boost the Altima's competitiveness.

"Going through that work with the end-goal of being able to experience the result of that in the car is a pretty special thing," Kelly said.

"I don't want to end as a driver in equipment which isn't front row equipment at every round; mid to late to field and pack it away and go and that's how I will be remembered.

"I know when we get the cars better I can get some decent results; I won't be winning every round but there will be places where we should be able to get a good result and that's what I want to achieve in the cars we have put our hearts and souls in to."

Lowndes and Whincup face off on Adelaide streets