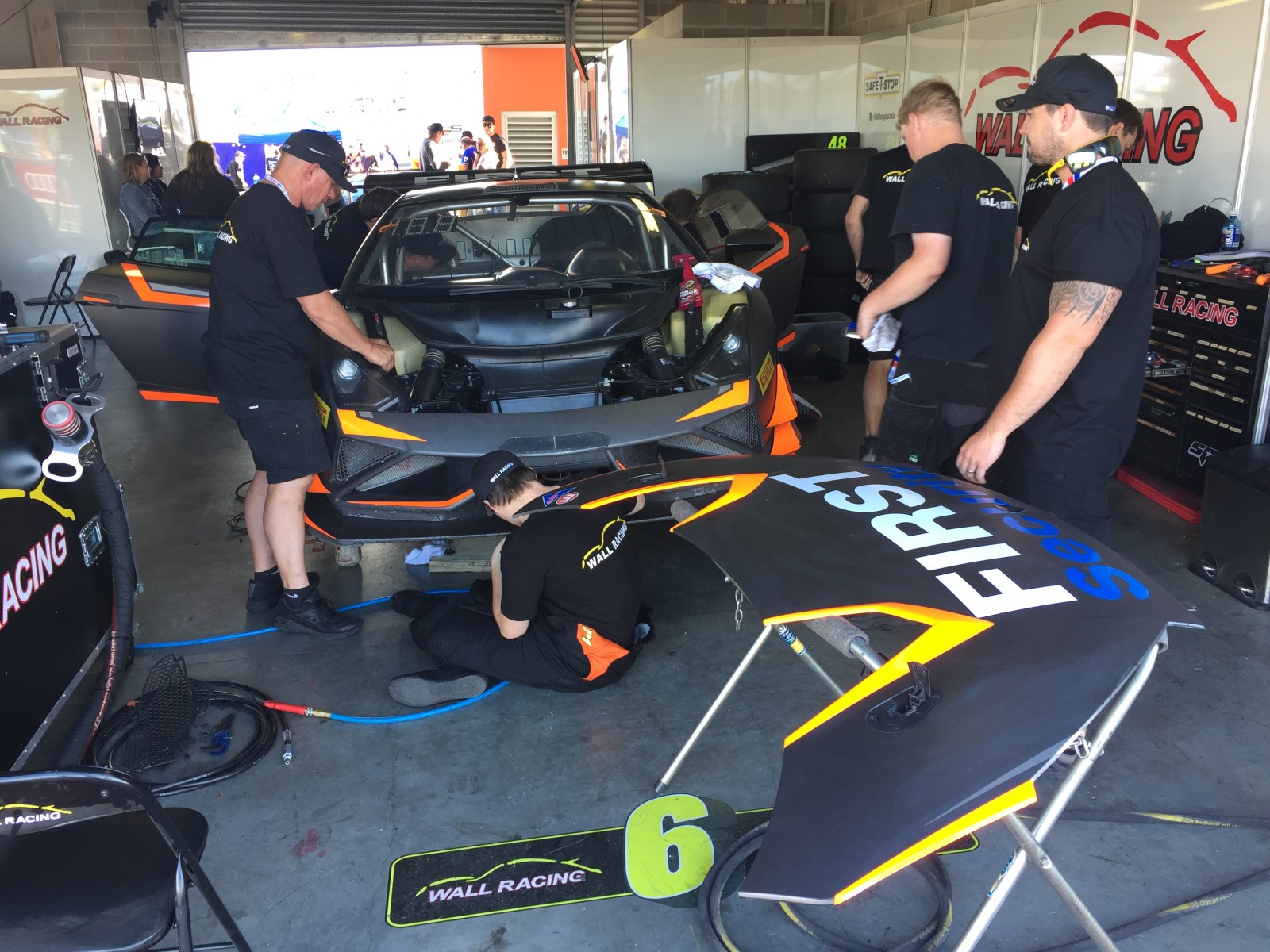 Bowe, who won the 12 Hour in 2014 aboard a Maranello Motorsport Ferrari, returned to the event this year after missing the last two editions.

An engine failure for the Lamborghini Gallardo he’s sharing with car owner Richard Gartner, team owner David Wall and Hadrian Morrall, however, threatened to put the veteran out before the start.

A deal was this afternoon struck with M Motorsport owner Justin McMillan, whose team is running a pair of KTM X-Bows in the event, to use the team’s spare Lamborghini.

“We tried to source another engine but when you’re dealing with an older car, it won’t necessarily talk to the control systems in the newer engine,” Bowe told Supercars.com.

“Understanding that, the negotiations started between Justin, Richard and David and they’ve come to an arrangement to use the other car.

“It means we’re back in the race, but none of us have even sat in it yet, so it’s going to be a real adventure.

“I’d say in my one-thousand-and-however-many races, I’ve always done a lap in the car before it got to the start line.

“But the Wall Racing team is a very, very good operation and tonight they’ll be race-prepping a car that hasn’t been out of the truck since it got back from New Zealand late last year.

“It’ll be a great job just to prepare a car that can finish from that position, but we’ll give it our best go.”

The Lamborghini shuffle is one of two car swaps to take place today, with MARC Cars Australia subbing in a spare Mazda3 V8 after Zane Goddard’s crash in morning practice.