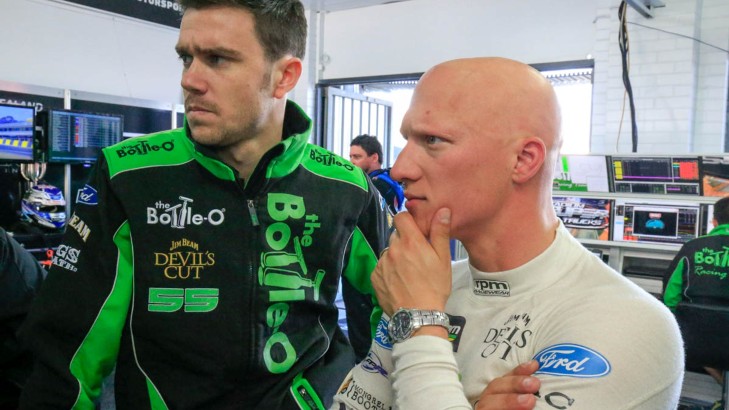 "In order to operate at the highest level in this Series, there can be no substitute for hardened race miles which was key to selecting Canto," said Ryan.

"We are working with Ash to improve results both for him and for the team."

Regular rookie Ash Walsh supports Erebus' development efforts and will be assisting Canto and the team from the garage throughout the weekend.

In addition to his extensive Supercar experience, Canto also worked with the team at the Bathurst 12-Hour in February where he co-drove the SLS AMG GT3.

"When I was approached by the team to see if I could help out at Phillip Island I grabbed the chance," said Canto.

"As a race car driver, you jump at the opportunity to get into a car so I was more than happy to help out and do my bit.

"I've worked with Barry (Ryan) at the 12-Hour, and with Campbell (Little) in the past, so there are a few familiar faces at the team which is always good.

"It's an opportunity to help out the team and Ash, but also it works both ways, and I'm happy to be in a race car for the weekend."

Canto co-drove with David Reynolds during the Pirtek Enduro Cup and is believed to be contracted to Prodrive for next season, while Reynolds will move to Erebus to race.

17/11/2015
Stay In The Know
Sign up to the Virgin Australia Supercars Championship Newsletter
We use cookies to ensure that we give you the best experience on our website. If you continue to use this site we will assume that you are happy with it.Ok